By Carolyn Jarvis & Andrew Russell | News, Energy, Politics | October 16th 2017
#8 of 42 articles from the Special Report: The Price of Oil 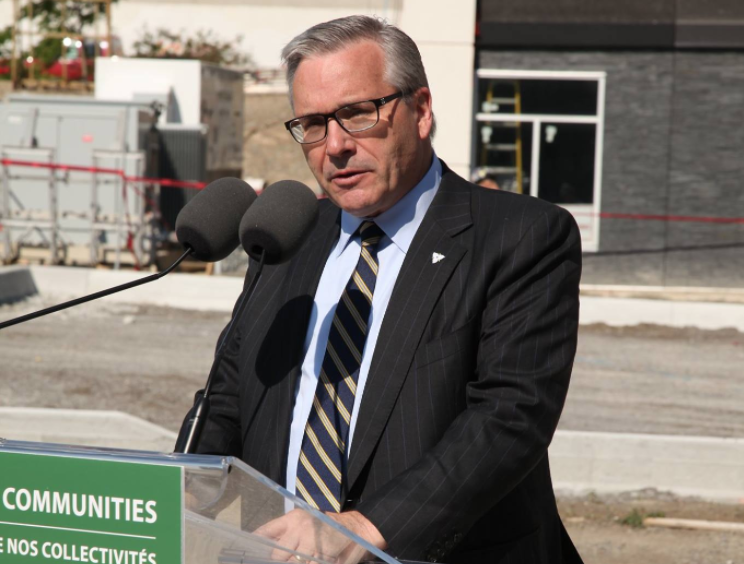 The Ontario government says it is committed to funding a health study to determine the impact of air pollution on residents living near Sarnia’s Chemical Valley following a Global News investigation that revealed a troubling pattern of potentially dangerous leaks there.

“We are committed to funding a health study to understand the localized impact of air pollution on Sarnia residents, and will be working with the communities in the coming weeks to determine how best to do that,” Environment Minister Chris Ballard said in a statement Monday. “We will also be taking further steps in the near future to ensure that air quality is improved.”

The announcement comes after joint investigation by Global News, the Toronto Star, National Observer, The Michener Awards Foundation and journalism schools at Ryerson and Concordia analyzed more than 500 government reports, obtained through Access to Information requests. They documented a troubling frequency of industrial spills and leaks in Sarnia’s Chemical Valley over a two-year period which raises serious concerns about government oversight of industry and how the city’s alert system has been used just once to notify residents about spills since 2014.

The investigation found that a nearly 10-year effort to get a local health study to examine the impacts of the petrochemical industry on Sarnia and Aamjiwnaang was scuttled, despite research and statements from local residents who feared for their health.

“There’s more work to do to ensure we balance the needs of the economy and the environment, but these two are not mutually exclusive,” Ballard said.

Brown slammed the Liberal government’s handling of health concerns from residents of Sarnia and Aamjiwnaang First Nation and called for an inquiry.

“We are sickened by the stunning indifference by the government,” Brown told reporters. “When you have serious concerns being raised and reports going back a decade and the only government response is ‘open to looking at it,’ it’s clear there’s something terribly wrong.”

The investigation revealed how residents from Sarnia and Aamjiwnaang First Nation believed living near one of Canada’s largest complexes of oil refineries and petro-chemical plants has made them sick.

“Hearing the stories of people affected on the Global expose, I think anyone that watched that, it was moving,” Brown said. “There’s an understanding that finally, finally we have to see some action.”

Opposition parties also hammered the Liberals during question period Monday. NDP Leader Andrea Horwath called the investigation "shocking" and asked why residents weren't warned about about the dangerous leak of chemicals including benzene, which causes cancer at high levels of long-term exposure.

"There were over 500 separate incidents... including one leak in 2014 that saw an unsafe level of benzene released into the atmosphere," Horwath said. "The toxic plume reached nearby residential neighbourhoods but families were never told what the odour was or if it was dangerous."

Ballard said he recognizes there’s "more to be done" when it comes to regulating industry.

“We are building on previous regulations to lower air pollution and we are committed to funding a health study of local Sarnia residents,” Ballard said during Question Period. “We will be announcing stricter regulations in the coming weeks.”

“It’s clear to me that this situation is outrageous and it needs immediate attention,” Saxe said. “First Nations communities disproportionately bear the burden of pollution across Ontario and that needs to change."

Young Aamjiwnaang people put out a cri de coeur video on their toxic home sites years ago that I saw online. The squalid industrial poisoning of their community was a very, very lengthy open secret.
The Ontario government is "business as usual" with the Aamjiwnaang community unless they are pushed yowling into a study- a study, not necessarily a solution.
How considered was Environment Minister Ballard's remark on balancing "the needs of the economy and the environment" ? Not very. It failed to include the needs of poisoned humans in its weigh scale.