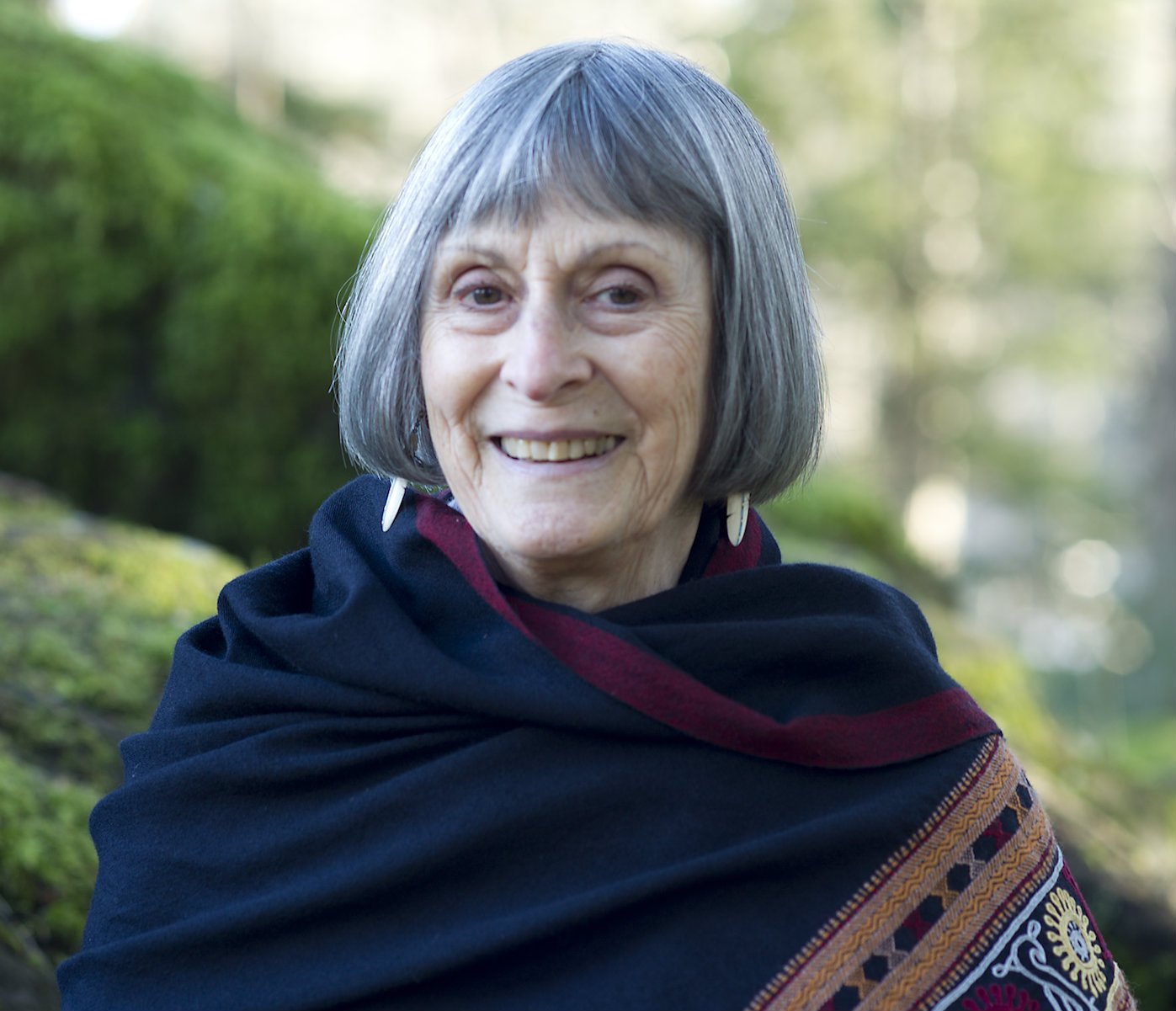 The waters of Howe Sound — a magnificent backdrop to southern B.C.’s Sea-to-Sky Highway — have gone from pristine to toxic to promising over the last century and a half. And its nascent recovery could help heal this country’s wounds, says the author of a new book.

Returning Howe Sound to full health would create an example of reconciliation with Indigenous peoples for the whole nation to follow, says Pauline Le Bel, who lives on Bowen Island at the mouth of the 42 kilometre-long inlet north of Vancouver and along the road to Whistler.

“We ruined not only their spiritual habitat, but their way to feed themselves. The salmon, the eulachon — everything is contaminated…. It’s important to restore Howe Sound to its health. That would be the biggest act of reconciliation.”

A planned liquified natural gas (LNG) plant and export facility on the former site of a pulp mill is the starting point for Le Bel’s Whale in the Door, released in October, 2017. The book started out as an environmental history of Howe Sound, but she quickly concluded that the original inhabitants of the area — the Skwxwú7mesh Úxwumixw or Squamish Nation — are integral to that tale.

Her work with a reconciliation initiative on Bowen Island called Knowing Our Place cemented the idea that preserving Howe Sound’s water, land and air could begin to make amends for the damage of colonialism. That connected her with many members of the Squamish Nation who shared their stories, transforming her view of the path ahead.

“It’s reconciliation with the land… It’s the best opportunity for Canada as a whole to do it right.”

Howe Sound's history and its future

Two pulp mills, a copper mine and chlorine plant poured effluent into Howe Sound during the 20th century, leading to fishery closures and high levels of mercury, arsenic and persistent organic pollutants including dioxins and furans. By the 1980s, once plentiful rock cod, herring and salmon couldn’t be found in Howe Sound’s “dead zones.”

Only a single pulp milll remains, with much-improved pollution control. Residents are seeing a return of sea mammals like dolphins, humpback whales and orcas not spotted for decades. But the possible re-industrialization of the sound prompted a raft of citizens' groups to work on its renewal and motivated Le Bel to write about its significance.

The Woodfibre LNG project, to be located seven kilometres from the town of Squamish and about 65 kilometres north of Vancouver, already has environmental approvals from both the federal and provincial governments. The company has also signed an environmental assessment agreement with the Squamish Nation, subject to 13 conditions, including a promise to use an air cooling system instead of the originally design which would have dumped warm water with traces of chlorine into the ocean. Squamish chiefs and council have said they will revoke the agreement if all conditions are not met for the project, located on the site of an ancestral village named Swiyat.

There is no start date for construction for Woodfibre LNG despite a visit to the site by former B.C. premier Christy Clark late last year who declared that the project would make her LNG dream for the province a reality. Clark’s Liberal government — defeated in the May 2017 provincial election — had promised to boost the economy with a host of LNG projects to ship gas produced in northeastern B.C.to Asian markets. Woodfibre LNG is the only project close to going ahead and it is also one of the smallest with a licence to export 2.1 million tonnes of LNG per year for 40 years via ships leaving about once a week.

The largest proposal — the 12-million-tonne-per-year Pacific NorthWest LNG terminal backed by Malaysia's Petronas — announced it would not proceed shortly after the New Democrats with the support of the Green Party narrowly defeated B.C.’s Liberals. Petronas noted falling prices for natural gas and a changing energy industry in announcing the pullout from B.C.’s northern coast. The company says it remains committed to extracting gas in northeastern B.C., where fracking is the main production method.

Chief Ian Campbell says the council could vote within weeks on a final agreement with Woodfibre LNG that would allow the company to proceed as long as it continues to meet conditions laid out by the Squamish Nation.

Although it's controversial within his community, Campbell says it's possible to protect Howe Sound and have industrial development at the same time. Requests from the Squamish Nation have resulted in several changes to the proposed plant and natural gas pipeline route, he notes.

He says he would like to see improved federal regulations on shipping to reduce risks to whales and other cetaceans now returning to the area.

Both the NDP and Greens were critical of the LNG dream before coming into office, saying it’s at odds with a low-carbon economy and doesn’t make business sense in a glutted market. The Green Party remains opposed, but the new NDP government has said it could support LNG projects that provide jobs in B.C., benefit the province, engage First Nations and protect the environment.

The provincial Ministry of Environment referred queries about Woodfibre LNG to the Ministry of Energy, Mines & Petroleum Resources which responded with general information about the project, adding that it’s up to the company to provide details about construction and operations.

Woodfibre LNG did not respond to emails and phone calls asking for that information.

"If we get this right, we could be a model for other places": Le Bel

For Le Bel, the future holds promise if all levels of government and local communities can create a plan for the area that makes economic and environmental sense.

Indeed, the title of her book is a reference to a Squamish legend about cooperation and communication as told by Chris Lewis, a Squamish Nation councillor. She writes:

“Mink, a trickster, and his sister, Skunk, gave a big potlatch on Gambier Island. All the animals from around the area came to his longhouse. Even the undersea creatures attended, being placed in large cedar bentwood boxes filled with water. In addition to all the other species, mink invited Whale. After everyone else was already inside, Whale swam fast and launched himself onto the land in order to peek his head into the door of the longhouse. In doing so, his large head blocked the whole entrance and trapped the others inside. This was all part of mink’s plan to get everyone together and force them to talk to each other.”

”Now the whales have returned to Howe Sound after a long absence,” Lewis added. “They are doing the same thing— they have trapped all of us in one room and we are talking to one another.”

With the 20th century obsession with pulp and paper, logging and mining in the rear-view mirror, the area now markets itself as an outdoor adventure playground. The new Sea to Sky Gondola near Squamish already employs more people than the proposed LNG plant would, she writes. Meanwhile, demand for housing is through the roof, resulting in a host of planned developments which would increase traffic and burdens on sewage treatment.

Besides plans for LNG and the tankers required to move it, a new gravel mine is proposed on a creek at the western edge of the sound, a potential threat to fish spawning grounds.

“If we get this right, we could be a model for other places,” says Le Bel.

“What’s exciting is how many organizations are involved right now in the restoration of Howe Sound.

Le Bel is currently on tour in B.C. promoting Whale in the Door including events on the Sunshine Coast on Oct. 24, in North Vancouver on Oct. 26, Victoria Nov. 3, Squamish Nov. 7, and Vancouver Nov. 9. For details and other event dates go to http://whaleinthedoor.com

Le Bel’s previous book, Becoming Intimate with the Earth, builds on her work as a poet, screen writer and singer-songwriter.