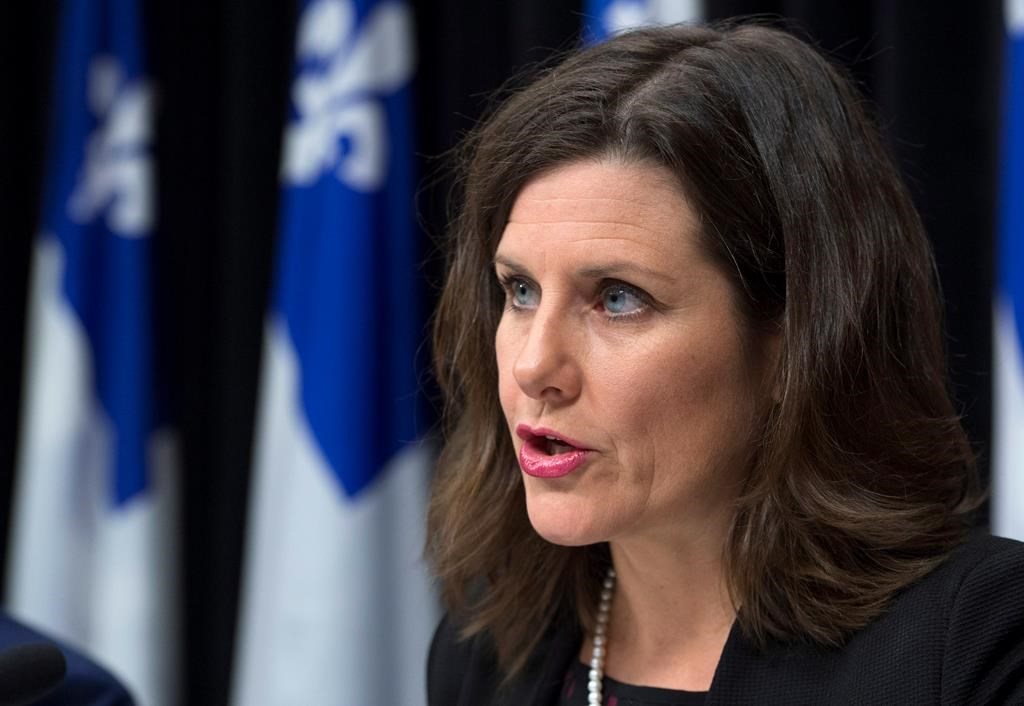 Veil-wearing women in Quebec will not have to show their face when they board a bus or take the subway unless their fare requires a card with photo ID, the province's justice minister said Tuesday.

And once that interaction with the driver or the employee in the ticket booth finished, the woman will be allowed to cover her face for the rest of the journey, Stephanie Vallee told a news conference in Quebec City.

People with a regular-fare magnetic bus pass will not have to show their face when they board the bus or the subway.

Vallee's clarification came several days after many people said it would be unfair to ask bus drivers or library workers to decide who gets services.

The justice minister apologized for any confusion that may have been caused by her initial comments last week.

"If that was the case, honestly I am just sorry that it wasn't as clear, and maybe what I'm doing today I should have done the day after we adopted the bill," she said. "It's a delicate issue."

The legislation has been widely derided, with critics saying it targets Muslim women.

The premiers of Alberta and Ontario have denounced the bill and Prime Minister Justin Trudeau has said governments shouldn't be telling women what they can and can't wear.

But Vallee again defended Bill 62 on Tuesday, saying "the law is not repressive and there are no sanctions."

Vallee said people receiving health services will have to have their face uncovered when they are in direct contact with an employee but will be able to cover up once they return to the waiting room.

"And, obviously, nobody will be refused emergency treatment," she said, adding the same principle will apply to libraries.

Vallee reiterated Bill 62 will apply everywhere in the province. Some municipal politicians, including Montreal Mayor Denis Coderre, are staunchly opposed to the law.

Vallee has said the legislation doesn't target any religious group and says most Quebecers agree with the principle behind the bill.

"It's a bill about the way public services are rendered between two individuals," she said. "It is not a bill about what a person can wear in the public sphere, when they walk on the street, when they're in a park. The bill is not about that."

She said people will be able to submit requests to every government agency for religious accommodation.