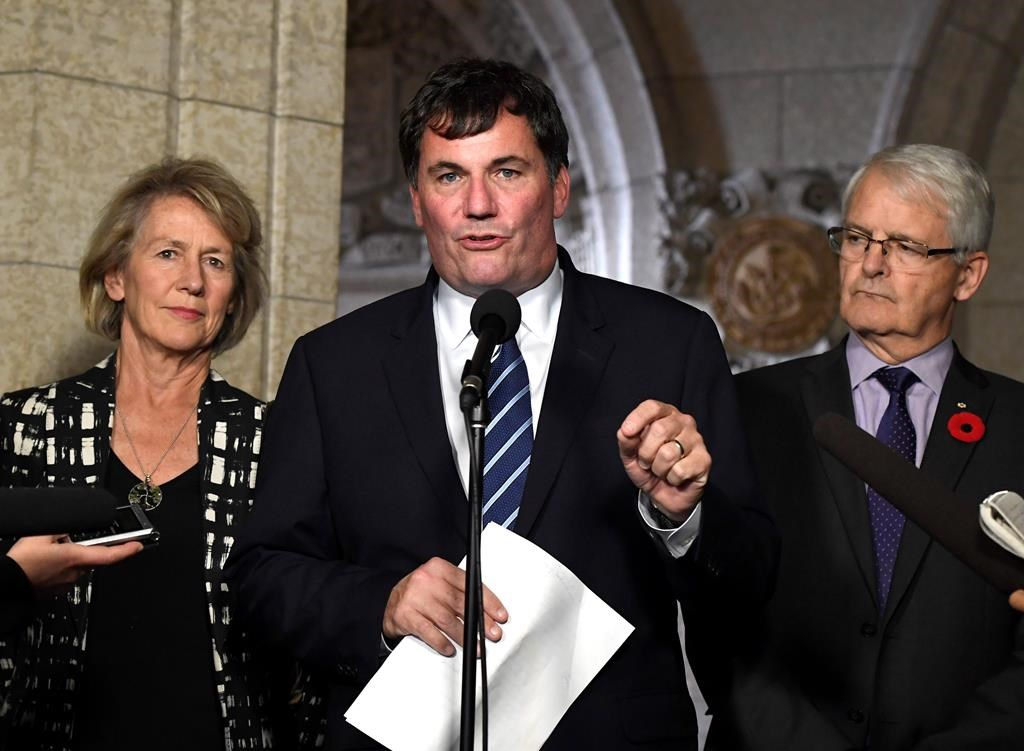 Fisheries Minister Dominic LeBlanc says there will be regulations in place before the spring to ensure no boat comes within 200 metres of southern resident killer whales in Canadian waters.

LeBlanc told reporters outside the House of Commons he heard loud and clear from scientists at a symposium on the whales in British Columbia earlier this month that more needs to be done — not just to protect them but also to help recovery efforts to boost the population.

There are only about 78 southern resident killer whales in the Salish Sea, the series of waterways off the southern coast of B.C. and northern coast of Washington state that includes the straits of Georgia, Juan de Fuca and Puget Sound.

Scientific evidence shows noise from large ships and whale-watching tour boats is one of the biggest threats to the whales as it disturbs their ability to use sound to find food.

Washington State has a strict law forcing boats to stay almost 200 metres away from the whales at all times. In Canada the limit is 100 metres and it's a guideline, not a requirement.

"We think the time has come for the government to make this quick and decisive step," said LeBlanc.

LeBlanc and Transport Minister Marc Garneau both said this is just the first in a series of measures coming over the next few months to protect not only killer whales but all marine mammals.

LeBlanc is hosting a round table discussion in Moncton next month to help determine what needs to be done to protect north Atlantic right whales. Thirteen right whales have been killed by boats and fishing gear in the Gulf of St. Lawrence this year, and another three died in American waters.

He said the government will look at every option possible to protect whales including making the speed limit for vessels in the gulf permanent, enacting new regulations on fishing gear or changing crab fishing season dates to ensure equipment is removed from the water before the whales migrate into the gulf.