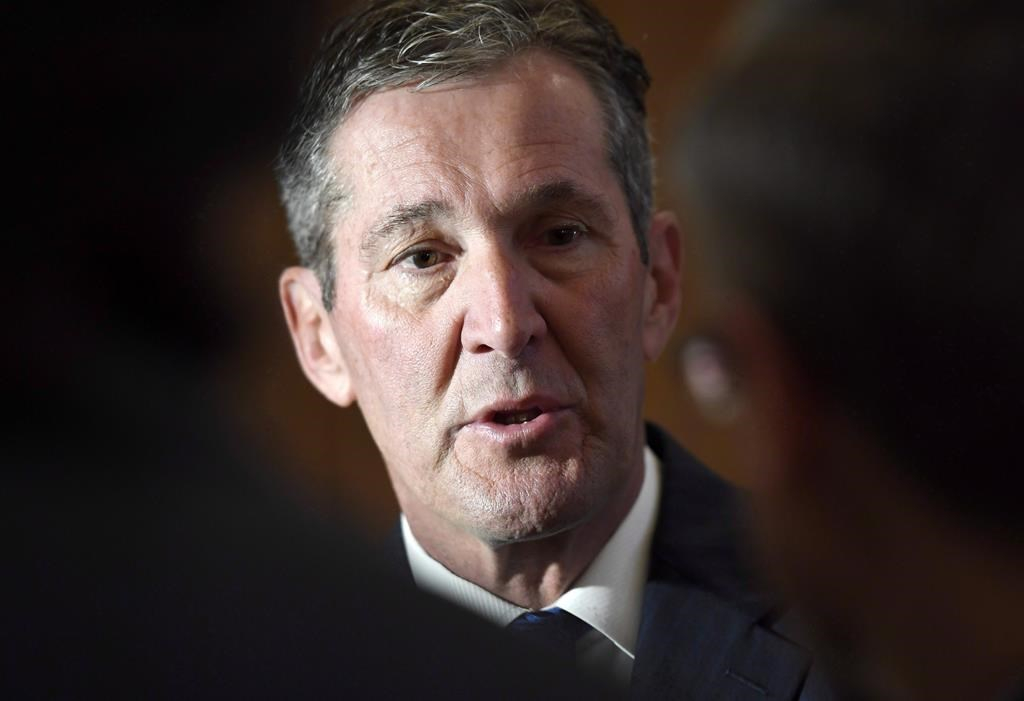 Manitoba Premier Brian Pallister speaks to reporters before a Council of the Federation meeting in Ottawa on Oct. 3, 2017. File photo by The Canadian Press/Justin Tang
Previous story
Next story

The Manitoba government says it will introduce a carbon tax of $25 a tonne next year and keep it at that rate in defiance of the federal government.

Premier Brian Pallister says his government's plan will do more to reduce emissions than the federal plan without hitting people as hard in the wallet.

The tax will add about five cents a litre to the price of gasoline and also apply to items such as natural gas and coal.

The government says a couple with two kids will pay about $356 a year more than they do now.

Farm operations will be exempt for vehicle fuel, and agricultural emissions will not be targeted for specific sector reductions.

The federal government has demanded that provinces establish a carbon tax that would start at $10 a tonne next year and rise to $50 a tonne by 2022, but Manitoba says its $25 tax is more fair.

Saskatchewan is the only province that has threatened to not impose a carbon tax at all.

The tax will raise about $260 million a year for Manitoba, and there will be public consultations on how the province will spend its money.

Possibilities include income-tax reductions, energy rebates, investments in green-energy technology and flood-prevention infrastructure to mitigate the effects of climate change.

The green-energy technology could include financial aid for municipal transit services to switch to electric buses. The government is also eyeing a rebate for retrofitting heavy trucks to make them more fuel efficient.

A handful of large industrial emitters, such as the Koch Fertilizer plant in Brandon, will pay an output-based carbon price similar to the plans proposed by the federal and Alberta governments. They will be given a target for emissions and pay the $25-per-tonne levy only on the amounts above that level.

Pallister has long criticized the federal government's $50-per-tonne demand. He says Manitoba should get credit for the billions of dollars it has spent developing clean-energy hydroelectricity.

Pallister released a legal opinion from a constitutional law expert earlier this month that said Ottawa has the right to demand or impose a carbon tax. But the expert also said Manitoba might be able to defend a lower price in court if its tax were as effective as the federal plan in reducing emissions.