Dawson vs Morneau: if the laws aren't enough, who should take the next step? 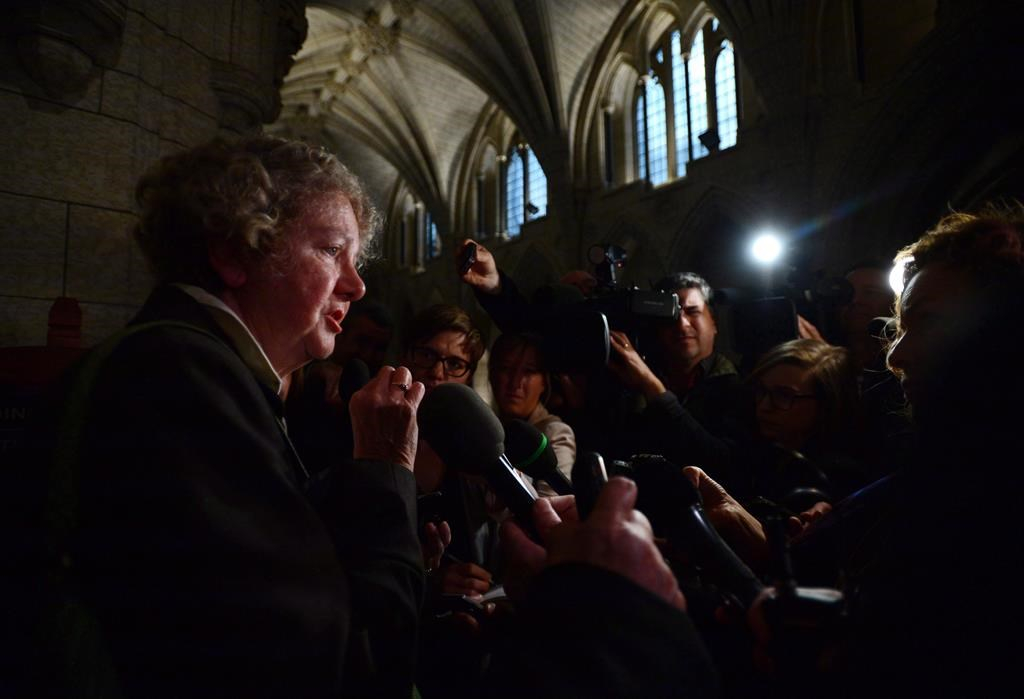 Ethics Commissioner Mary Dawson speaks to reporters after appearing as a witness at a commons committee on Parliament Hill, in Ottawa on Tuesday, October 17, 2017. File photo by The Canadian Press/Sean Kilpatrick
Previous story
Next story

As controversy rages over whether Bill Morneau's personal fortune has compromised his work as finance minister, the governing Liberals are taking shelter from the storm in the only place they can find it: the office of ethics commissioner Mary Dawson.

Ask any Liberal MP or cabinet minister the same question Prime Minister Justin Trudeau was asked Friday and you're likely to hear variations on the same theme: that Morneau followed Dawson's instructions to the letter in order to avoid ending up in a conflict of interest.

Indeed, Dawson herself has acknowledged that Morneau's existing system of numbered holding companies in Alberta and Ontario meant that he was already protected, and that a blind trust would not be necessary.

"I'm saying to Canadians that it's important for all parliamentarians to follow the recommendations made to them by the ethics commissioner," Trudeau told a news conference in the suburbs of Montreal.

"And I can reassure Canadians, as the minister of finance has done many times, that he did in fact follow all the recommendations she made to him."

Dawson and others have long argued, however, that the laws currently on the books to prevent holders of public office from landing in the ethical soup simply don't go far enough.

If that's the case, could — and should — Dawson herself have given Morneau better advice?

"I think there are obvious loopholes in the act that prevent her from doing what common sense would suggest," said NDP ethics critic Nathan Cullen.

"But it is also challenging if people are using loopholes to avoid her. Could there be more energy put into the pursuit of things? Sure. And I think she might agree."

The longtime public servant acknowledged this week that the conflict-of-interest screen she instructed Morneau to set up bears further scrutiny to see if it indeed worked in the case of Bill C-27, a pension reform bill he introduced last year.

Some say the legislation will end up benefiting Morneau Shepell, the Morneau family's pension management and human resources firm. The company issued a statement Friday strenuously denying any such possible benefit. Morneau has committed to selling at least $21 million worth of company stock, and to donate the profits to charity.

The situation, however, highlights a challenge facing ethics commissioners, said Cullen, whose letter to Dawson triggered her latest review.

"I don't know if the authors of the act intended this, but there's a tension there, the commissioner giving advice and later needing to determine whether that advice was good enough," he said.

Advocacy group Democracy Watch has suggested Dawson is in a conflict of interest herself, and should step back from any further investigations. Her term has been extended several times by the Liberal government, making it impossible for her to investigate him or his cabinet without bias, the group argues.

The Opposition Conservatives say it doesn't matter what role Dawson could or should have played.

"She didn't recommend against a blind trust, just said it was his choice and he chose," said Tory finance critic Pierre Poilievre. "He knows that ministers are banned from owning stocks. How could he then think it was appropriate for him to hold those stocks in a numbered company?"

When Morneau was elected in 2015, he should have immediately sold his shares or put them in a blind trust, even if Dawson said it wasn't necessary.

Only that, the Tories say, would have been in keeping with the prime minister's own edict — spelled out in mandate letters to his ministers — that cabinet members go beyond simply acting within the law when it comes to ensuring public trust.

As for Dawson herself, the answer seems to be that her hands are somewhat tied.

"The commissioner has not been given a mandate to do detailed audits as to whether public office holders and members of Parliament are complying with every provision of the act and the code. This would be a huge undertaking," spokeswoman Jocelyne Brisebois said in an email.

The way the law is written, it depends on MPs being honest, Brisebois said.

"Be assured that the commissioner would look into any apparent failure to recuse by any of the more than 2,000 public office holders that comes to her attention."

Bill Morneau to sit down with ethics watchdog to reassure Canadians

Finance minister followed the law, has done nothing wrong: Trudeau

There are reports that

There are reports that Morneau had given half of his shares to charity previously. Is it true?