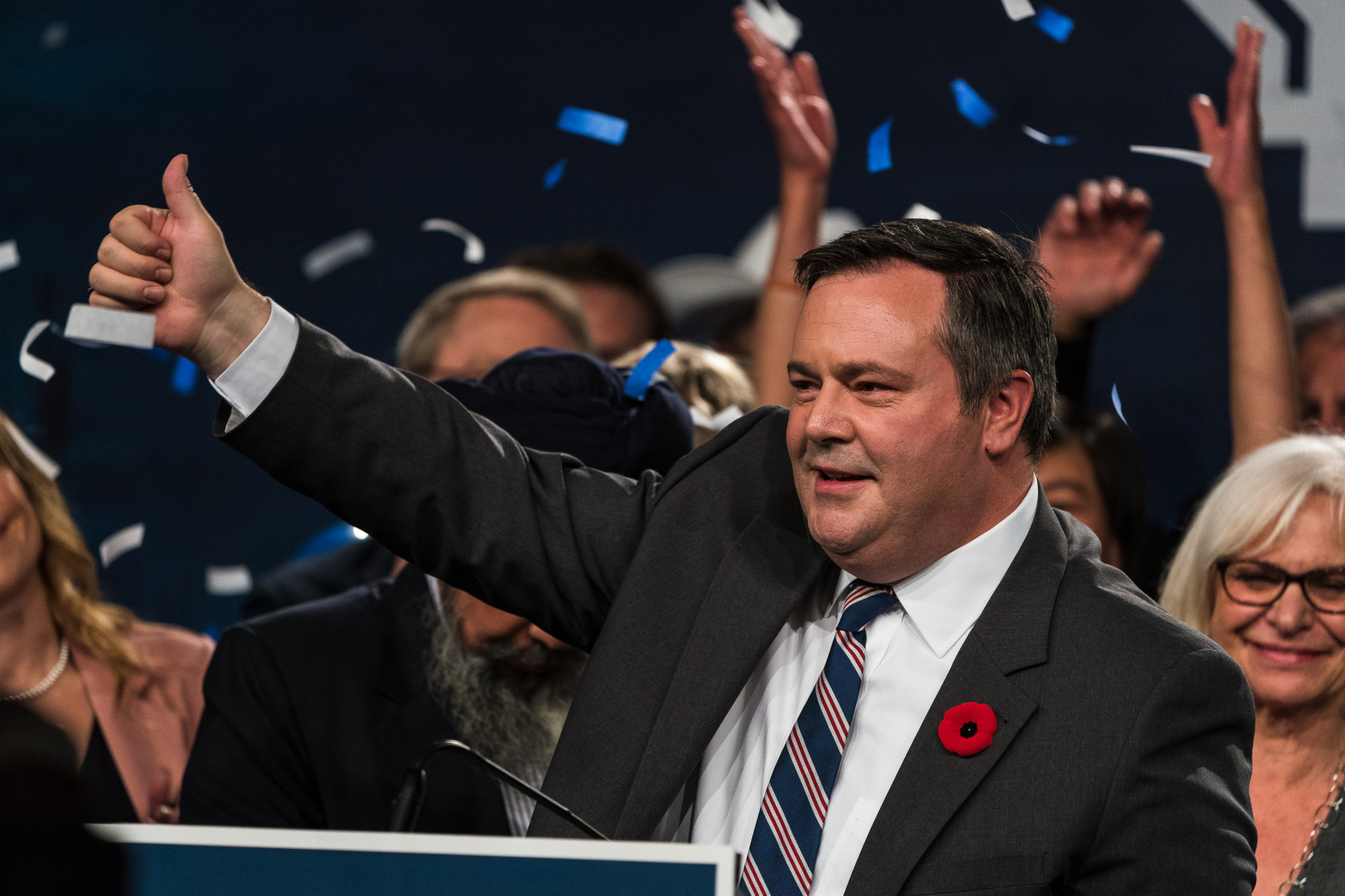 The longtime Calgary MP, who held high-ranking positions in the government of Stephen Harper, captured 61 per cent of more than 58,000 votes to become the head of the new party in voting Saturday night.

Kenney takes over a new 27-member caucus and the Official Opposition to Premier Rachel Notley's NDP government in the legislature.

"It's another miracle on the Prairies," Kenney told 2,000 cheering party members at the BMO Centre on the Stampede Grounds in Calgary, minutes before cannons blasted out tufts of blue and white confetti and matching balloons tumbled from the ceiling.

"We are one step closer to a government based on common sense and the mainstream values of ordinary Albertans," he added.

"And now if we work hard, stay humble, and earn every vote we will ensure that this deceptive, divisive, debt-quadrupling, tax-hiking, job-killing, accidental socialist government is one and done!"

Kenney was the central figure in a push to see the Alberta Progressive Conservatives and the Wildrose Party join forces on the right to fight the governing NDP.

He won the leadership of the PCs earlier this year after criss-crossing the province, beating the unity drum. In the summer, members of both parties voted 95 per cent in favour of a merger.

Jean, the leader of the former Wildrose party, declined to speak with reporters afterward.

"It would be dishonest to say we're not a bit disappointed, but it's clearly an overwhelming mandate for Mr. Kenney and we congratulate him on that," Jean's spokesman, Matt Solberg, said.

"I think that overall the province will be served well by this party and by Mr. Kenney."

Jean is the only one of the three with a seat in the legislature.

Schweitzer, a Calgary-based conservative strategist, said he is looking forward to working with Kenney and is looking at running for a seat in the next general election.

During the campaign Schweitzer pushed Kenney and the party to embrace a more progressive stance on social issues, particularly on sexual minorities. He has said it's the right thing to do, and that it's critical to capture younger voters and remove an effective wedge issue for the NDP. 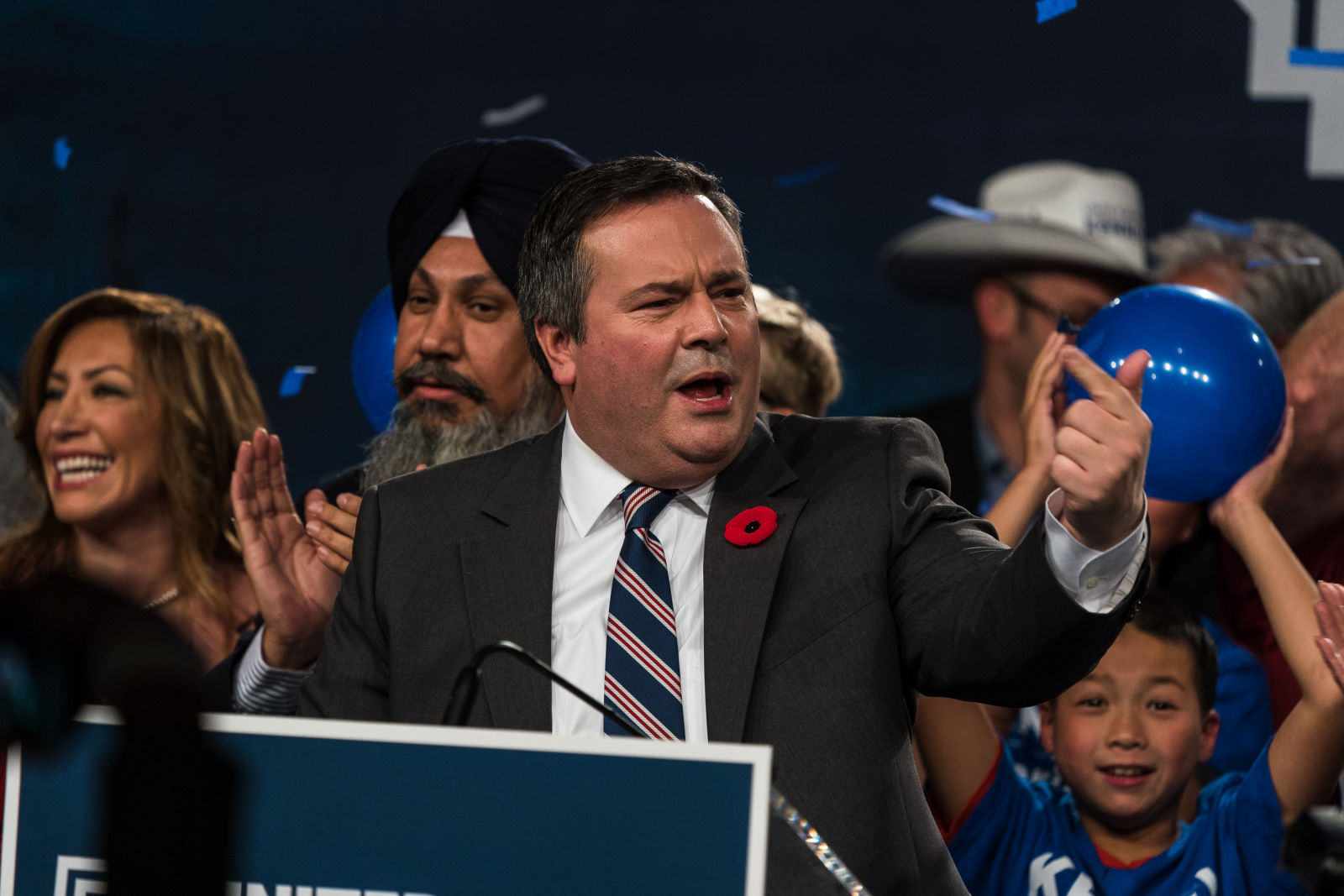 "I take Jason at his word (on that)," Schweitzer later told reporters.

"I look forward to the policy convention going forward and continuing to bring new people into the party."

Since he has no seat in the legislature, the new leader must wait for a spot to open up in a byelection or run in the next general election.

Kenney spent the last two decades in politics. In Ottawa he worked under Harper as the minister for immigration, employment and defence.

The 49-year-old left federal politics last year announcing in July 2016 that Alberta's Progressive Conservatives and the Wildrose party must unite to end vote-splitting and form an effective conservative coalition to defeat Notley's NDP.

The Wildrose took root more than a decade ago from conservatives disaffected with what they viewed as top-down leadership by the governing PCs along with a failure to protect private property rights and keep spending in check.

The parties have been fighting for the soul of grassroots conservatives ever since, with both sides losing floor crossers to the other.

Jean eventually signed on to talks to join forces and the two sides merged in July.

Next up is a founding convention to establish governing policies and principles. Constituency associations have already been working on amalgamation and the plan is to have a full slate of candidates ready for the next election, which is set by legislation to occur in the spring of 2019.

The leadership campaign was marked by some friction.

Jean and Schweitzer outlined detailed plans to reduce Alberta's debtload while keeping the rebounding economy from stalling. Kenney avoided specifics on economics. He said he supports a free-enterprise compass heading, but would let rank-and-file members set policy at the founding convention.

On social issues, Kenney was criticized for suggesting he would allow parents to be told if their child joined a gay-straight alliance at school. Critics said that could out a child before he or she is ready and put them at risk of harm.

Schweitzer pushed Kenney and the party to embrace a more progressive stance on social issues. He has said it's critical to capture younger voters and remove an effective wedge issue for the NDP.

Kenney has criticized Jean for poor management of caucus funding, which forced staffers to be laid off. Jean dismissed that complaint and said Kenney supporters were spreading misinformation on his policy positions.

Shortly after online voting started on Thursday, the Jean and Schweitzer camps voiced concerns over the electronic voting security.

The leadership election committee reviewed the process on Friday and said no security breaches were found.