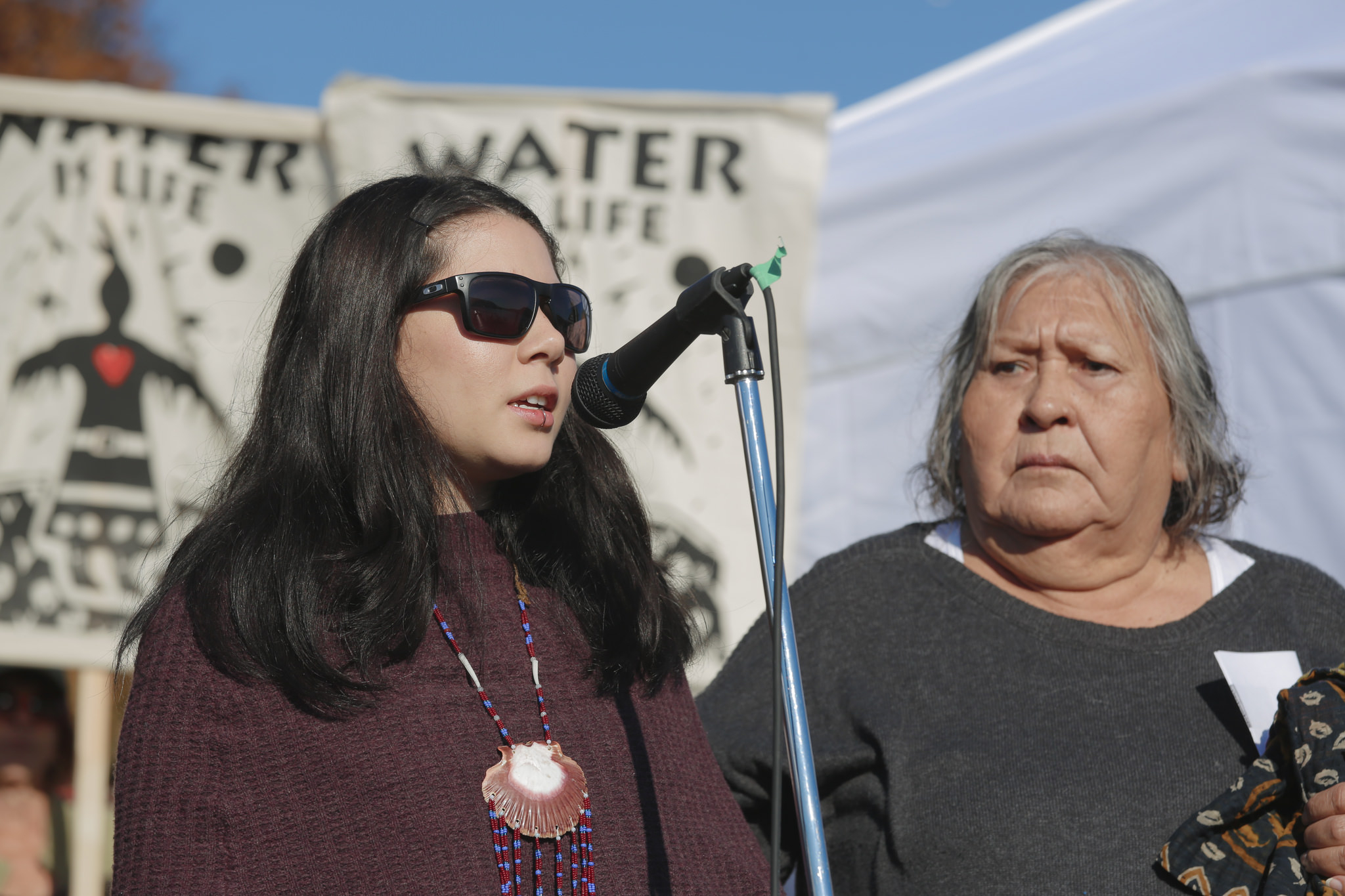 Pipeline protests escalated in B.C. on Saturday as First Nations and environmental activists paddled into Vancouver harbour in an attempt to disrupt construction at Kinder Morgan's pipeline terminal.

Five kayakers were arrested by the RCMP while First Nations leaders and support crews rallied on land against the start of construction for Kinder Morgan's pipeline expansion from the Alberta oilsands.

The disruptions follow a warning from Kinder Morgan that it is facing delays and losses of more than $90 million per month because of its struggles to get permits from the city of Burnaby.

In an email statement to National Observer, Kinder Morgan stated that "Construction work at Westridge Marine Terminal didn’t stop today. We just adjusted our activities for the safety of all."

On land, Tsleil-Waututh elder Amy George (Ta'ah) rallied supporters: "American billionaires come here and poison our waters. You're not wanted here, you're not welcome here." Ta'ah's voice, amplified by loudspeakers, echoed across the water, "how do you dare claim this is private property?"

Chief Bob Chamberlin, vice president of the Union of B.C. Indian Chiefs declared: "The Prime Minister can't say he's embracing the United Nations Declaration on the Rights of Indigenous Peoples on one hand, and then on the other hand support Kinder Morgan's risky pipeline and tanker project."

The $7.4-billion Trans Mountain expansion project, proposed by Texas-based Kinder Morgan, would nearly triple the capacity of a network currently linking Alberta and British Columbia as well as expand a coastal oil terminal and increase tanker traffic transiting Vancouver harbour to over a tanker per day.

The Kinder Morgan pipeline has the blessing of the National Energy Board and the Trudeau government, and is backed by the Alberta government of NDP Premier Rachel Notley. Their governments have described it as a national priority that would create jobs and open up new markets for Canada's slumping oilpatch.

The protest was supported by a coalition of environmental groups including kayaktivists from the newly formed B.C. Sea Wolves, Burnaby Residents Opposed to Kinder Morgan Expansion, as well as 350.org, Greenpeace, and Stand.earth whose campaigns director, Karen Mahon, was arrested at the construction barge.

5 arrested activists are being dropped off on the shore by police. #StopKMFlotilla pic.twitter.com/2TCftdLl0u