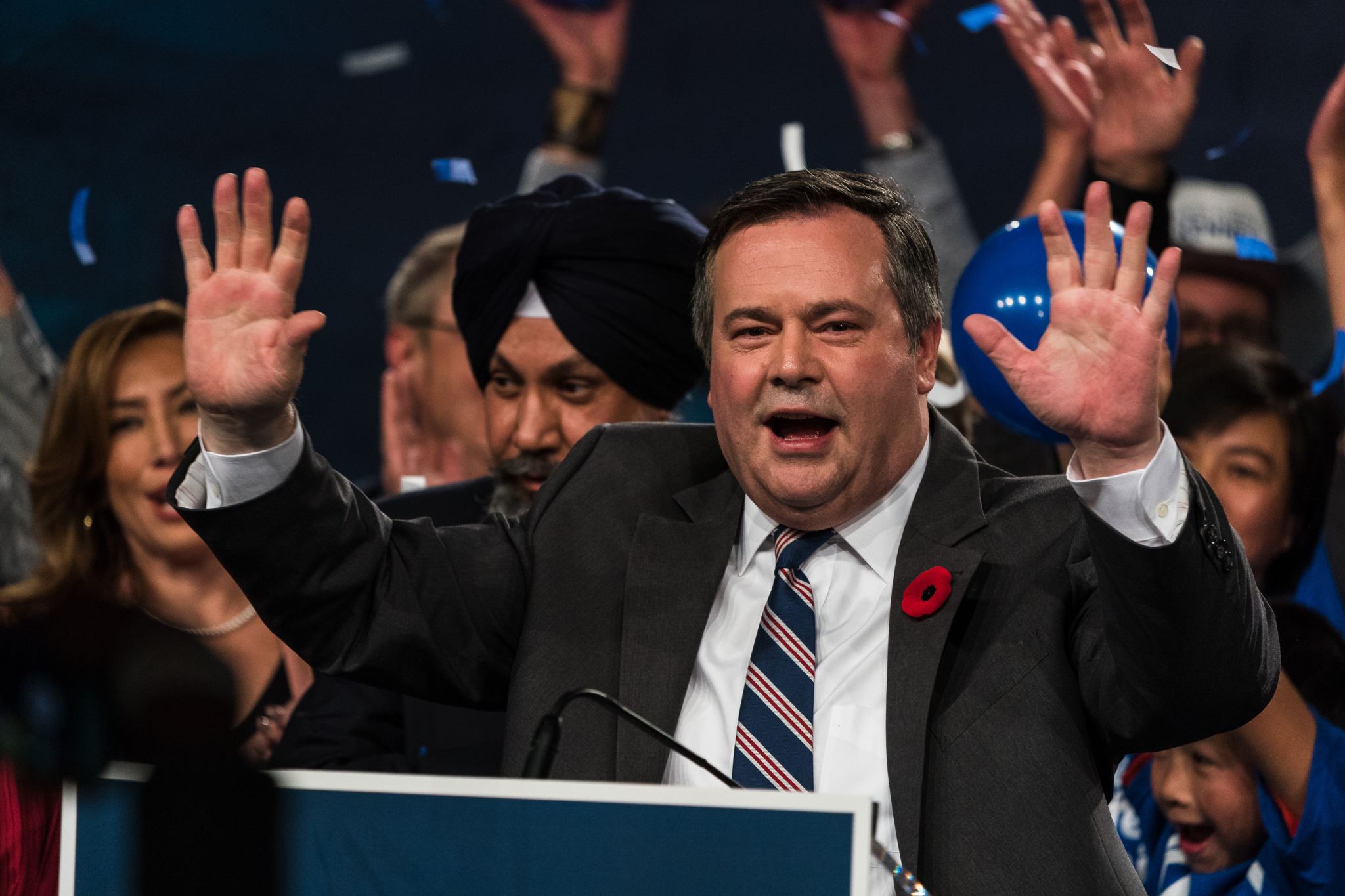 This article was updated on Oct. 28, 2017, after Jason Kenney won the leadership of the United Conservative Party in Alberta.

For a relatively young man (he's 49), Jason Kenney has had a long career in federal politics. He was elected at age 29 as a member of the Reform Party of Canada to a riding known then as Calgary-Southeast. A lot has changed since then, and over the years, Kenney has risen in the ranks of Conservative leaders.

He was a star cabinet minister of the Harper government, serving as immigration minister, minister for multiculturalism, minister of employment and social development, and defence minister between 2008 and 2013. At one point, Kenney was thought to be a prime candidate to take the party reigns after Harper's exit from politics, yet his own political record has been mired in almost as much controversy.

As the ex-Tory minister prepares to lead the Opposition United Conservative Party, in no particular order, here are six things you need to know:

1. He could be facing a defamation lawsuit

Ontario Liberal MPP Michael Chan is demanding an apology from Kenney and threatening a lawsuit for statements the ex-Tory cabinet minister made in a Globe and Mail article published last month. The story detailed Chan's support for China's human rights record only days after the country's foreign minister had berated a Canadian reporter for asking about it, prompting Kenney to comment:

“I get the impression that he sometimes regards himself as an unofficial ambassador for the People’s Republic of China. I don’t think I have ever heard Michael Chan assert Canada’s interests as against Chinese policy and I’ve never heard him assert Canadian principles with respect to human rights as it relates to the PRC. So I think that undermines the Canadian position, which should be a balanced one.”

Kenney also told The Globe and Mail that he had once witnessed Chan speaking at a Chinese community event, where he ended his remarks by pumping his fist in the air and shouting what someone translated to him as “Long Live the Motherland” in Mandarin. “And I don’t think he was referring to Canada,” he added. Kenney has not yet indicated whether he will publish a retraction and apologize for the innuendo.

2. The Liberals have called him "racist"

Though Kenney briefly served as the minister responsible for multiculturalism, the federal Tories recently found grounds to call him "racist" when he allegedly heckled Defence Minister Harjit Sajjan in the House of Commons in February this year. The newly-elected Vancouver South MP and Afghanistan veteran had just answered a question about Canada's mission in Syria, when Kenney asked for an "English to English" translation of his response. While Kenney maintained this was in reference to the convoluted nature of Sajjan's explanation, Liberal MPs were quick to call it a jab at the Indian-born politician's faint accent. At first, Kenney refused to apologize, but he later released the following statement in a series of tweets:

"I have huge respect for Mr. Sajjan. As CIC Minister I featured him as a role model in the Discover Canada Citizenship guide! Unfortunately, I find his answers on ending combat against ISIS to be at best unpersuasive & at worst incoherent. That's the point I tried to make. Sorry if it was misconstrued in any way. He's a fine, intelligent man but, IMHO, his position is wrong [sic]."

3. He comes from one of the wealthiest Tory ridings

The CBC summarized it simply: "It's good to be Jason Kenney's friend, especially if you're running in an election for his party." The Calgary-Midnapore MP reportedly sits on party war chest that "dwarfs many of his colleagues," and during the federal election last October, his riding association doled out more than $180,000 to 44 candidates based on returns filed with Elections Canada by the end of March. While his association mainly sent payments of $5,000 or $2,500, the CBC reported that six candidates received $10,000 each from Kenney: Ted Opitz and Roxanne James in Toronto, Wladyslaw Lizon in Mississauga, Michael Parsa in Richmond Hill, Greg Rickford in the northern Ontario riding of Kenora, and Kenny Chiu in the B.C. riding of Steveston-Richmond East. All six lost.

It's unclear whether all that money would have helped in his recent leadership race, but still, it's good to have friends in high places.

4. He pioneered cuts to social assistance for refugees

In 2012, as immigration minister, Kenney announced sweeping cuts to the Interim Federal Health Program, which provided vulnerable refugees and refugee claimants with vital access to health care for a temporary amount of time. The move protested wildly by medical professionals, activists, immigrants, and refugees alike as a "flawed," "mean-spirited" policy whose justifications were full of "bogus propaganda."

Kenney repeatedly defended his decision and soon after they were proposed, told the CBC: "I wonder why these doctors aren't raising the same questions about [the medical benefits] taxpaying Canadians receive... In the real world there are limited resources."

The Liberal government has since fully restore the refugee health care program.

5. 7 of 10 Canadians doubted his lines on the TFWP

Reforming the troubled Temporary Foreign Workers Program was one the highest-profile tasks Kenney ever tackled, and frequently landed him in the hot seat throughout 2014. Despite fresh and repeated allegations of employer abuse through the program, Kenney, who was Canada's employment minister at the time, maintained that the government will not tolerate abuse within the TFWP. A poll by Employment and Social Development Canada however, later revealed that 68 per cent of Canadians thought the program was being "abused" by employers who weren't "doing enough" to hire Canadians, proving that his talking points weren't very convincing.

6. He introduced the niqab ban

While Harper may have stolen the spotlight on the niqab issue during the 2015 federal election, some may remember that it was actually Kenney who initially proposed the policy as immigration minister in 2011. When a federal government lost its appeal of a court ruling that struck down the ban on wearing the garment at citizenship ceremonies, Kenney stood by his reason for introducing it in the first place:

"... We believe that everyone taking the oath of citizenship, a public act, should do so openly, on equal terms, and without covering their face," he said in September last year. "Today's ruling not only goes against the democratic will of Canadians, but against long-held Canadian values of openness and the equality of women and men."

The Trudeau government has since dropped the niqab appeal, and in October 2015, Zunera Ishaq − the women who won court battles over the issue − swore her oath of citizenship wearing one.

The Wolf the Wolf-

I think that Jason has better

I think that Jason has better get used to being protested for the next four years if he governs in the way that people who visit this site fear might happen.

As an Albertan ... two years

As an Albertan ... two years after you wrote this ... it is safe to say that he is indeed governing the way that people who visit this site feared would happen, and we are protesting .... alongside other Albertans who do not read the National Observer.