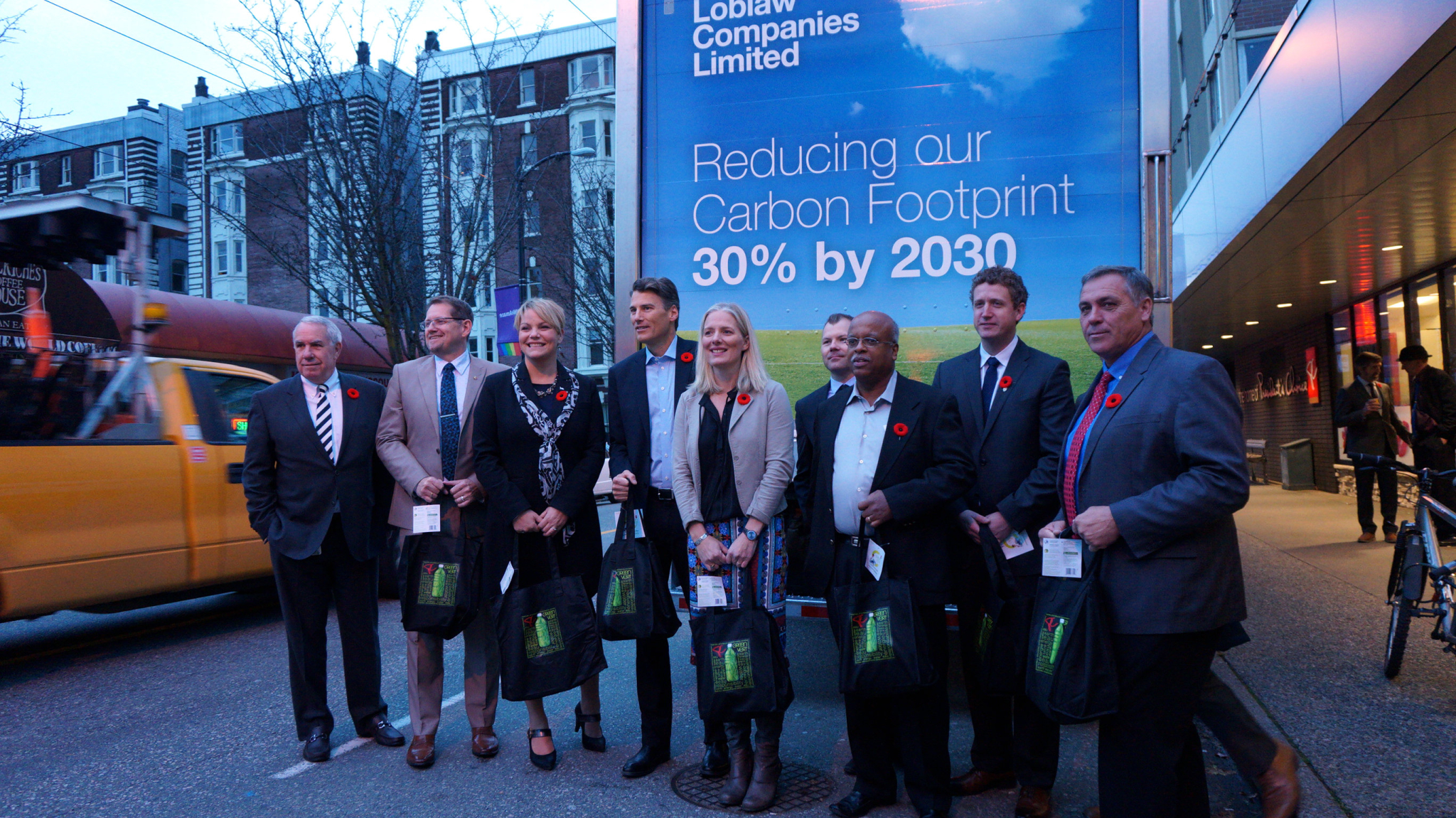 Loblaw Companies Ltd., which owns widely-known brands including President's Choice, Joe Fresh and Asian grocery chain T&T, announced a commitment to completely electrify its fleet of trucks as part of its goal to cut carbon emissions by 30 per cent by 2030.

Transportation is the second-largest carbon pollution source in Canada, just behind oil and gas. Heavy-duty trucking is the fastest growing slice of Canada's transportation emissions, accounting for 10.5 percent of the national total. Analysts at the Pembina Institute point out that, by contrast, Canada's vast electricity sector is only slightly larger at 11 per cent.

Big rig and delivery truck makers are in a race to get zero emission vehicles on the road. Loblaws unveiled a class-8 delivery truck manufactured by China's BYD. Class-8 is the heaviest category of truck in general use and Loblaws' is the first fully electrified truck in the company's fleet of 400. Tesla, Mercedes, Cummins, Toyota, and Navistar (maker of the International line) are rolling out battery electric models while Nikola Motors is betting on hydrogen fuel cells.

Referencing the Paris Agreement climate goals and Canada's commitment to reduce its greenhouse gas emissions by 30 per cent below 2005 levels by 2030, she added:

"We have a target. It's not a target that the federal government has to meet. It's a target we all have to meet as a country and we're all part of it. The fact that Loblaws has stepped up... is a really great step. For everyone who is thinking about this, please do the same."

Vancouver Mayor Gregor Robertson said the electric truck initiative showed "the kind of leadership we need from the private sector" and said these kind of initiatives need to be echoed by governments at all levels. Robertson said his city council recently approved the Renewable City Action Plan, committing the city to obtain 100 per cent of its energy needs from renewable sources by 2050.

Loblaws senior vice president Bob Chant announced the company's commitment to full electrification of its fleet of delivery trucks, "We're committed to be part of the solution. We're not waiting to be told to do something," The company aims to have zero carbon delivery systems in the near future, and the 53-ft electric delivery truck was unveiled as one of the first vehicles to be part of the fleet.

"We know with the size and scale and magnitude of our fleet delivering groceries across the country day in and day out, we still see a significant opportunity to realize further efficiencies," said Brian Springer, Loblaws' VP of transport operations. "It's a really exciting time in our industry. Technological advances are coming quickly." 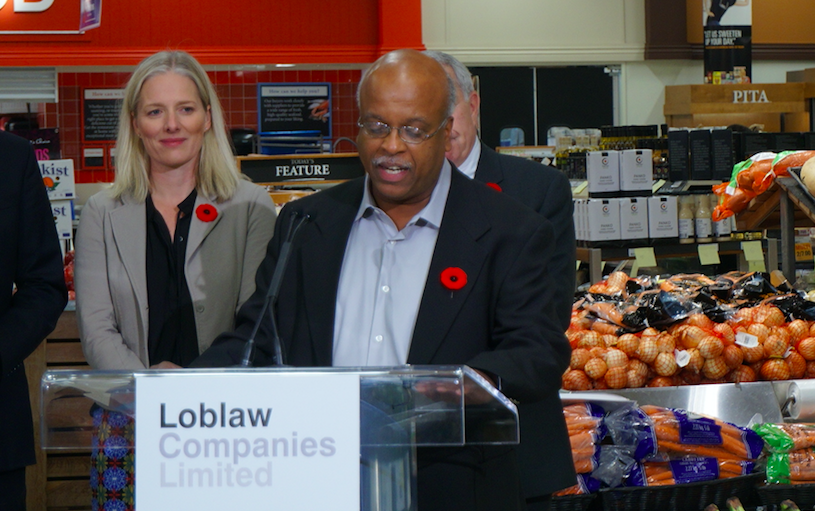 "Loblaws taking bold steps will give confidence to other large shippers to shift away from diesel vehicles and enter into the electric vehicle space."

"There's a real double benefit here: shifting away from diesel improves air quality as well as reducing greenhouse gas emissions. The amount of vehicle kilometres traveled by freight trucks is not likely to decrease anytime soon so decarbonizing the trucks is the important focus," Zimmerman said.

Dan Woynillowicz, policy director for Clean Energy Canada, underscored the fact that Loblaws is working with Chinese manufacturer BYD: “It’s no surprise that the truck is manufactured in China, which is already the world leader in both manufacturing and deployment of electric vehicles. Like they did with solar panels, China is poised to become dominant in electric vehicle production and export.”

“This is yet more evidence that the transition to electric vehicles of all shapes and sizes is accelerating faster than anybody anticipated. These are the biggest commercial trucks on the road, and it wasn’t long ago that the dominant view was that going electric wouldn’t be feasible. Here’s evidence to the contrary, hitting the road in Canada.”

Yes, it great to see this.

Yes, it great to see this. More steps forward, please!