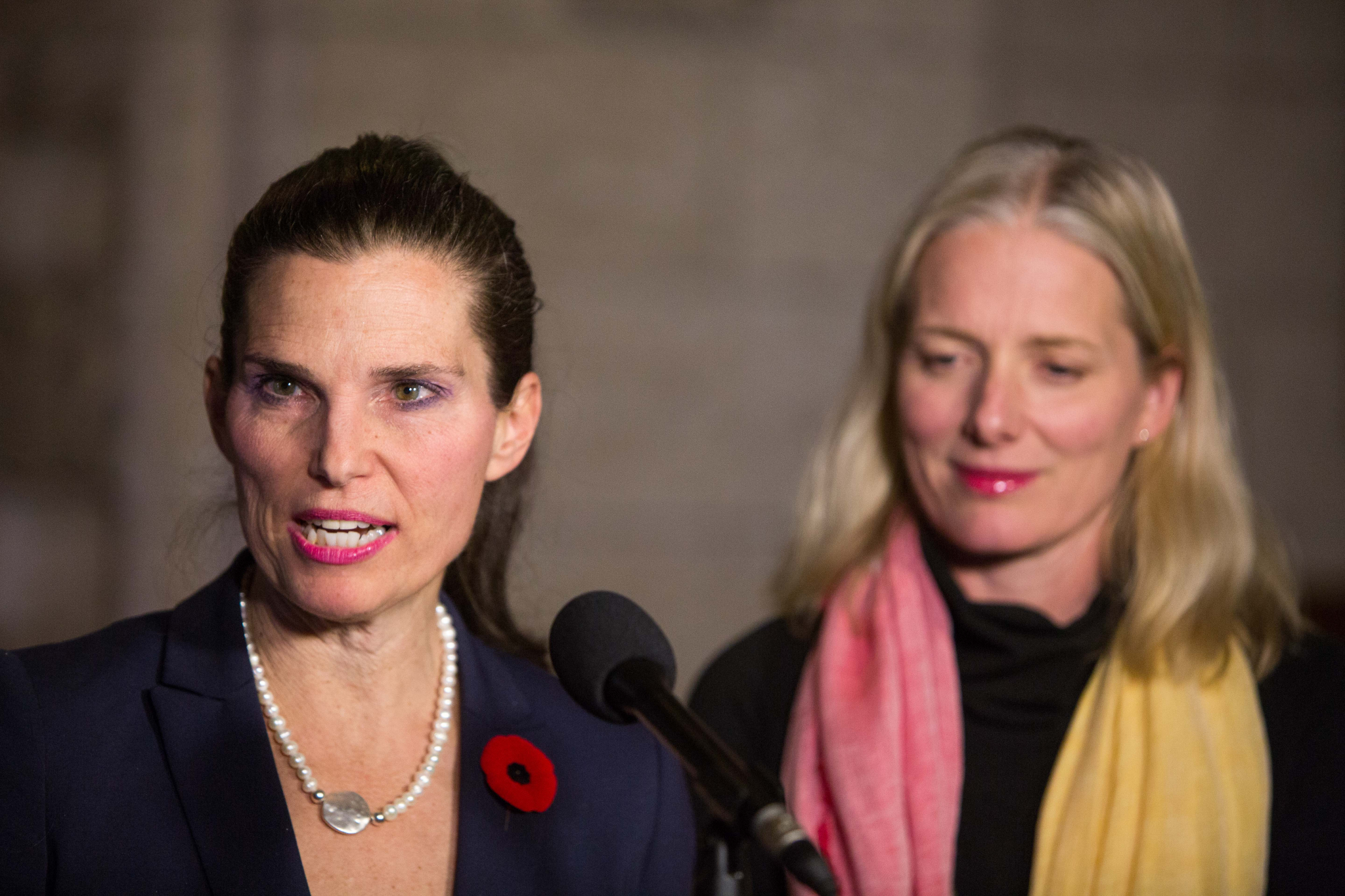 Scientists spoke out and the Trudeau government responded.

Environment and Climate Change Minister Catherine McKenna and Science Minister Kirsty Duncan confirmed on Wednesday that they were freeing up $1.6 million in new federal funds to send a lifeline to the Polar Environment Atmospheric Research Laboratory (PEARL) — arguably the most important Arctic research lab in the world.

Key research scientists had warned that they were being forced to pack up and move away from critical research at the lab, due to a shortfall in federal funding. The problem plagued the previous Harper government, but critics noted that the Liberals, under Prime Minister Justin Trudeau, had struggled to resolve the issue and failed to include targeted funding for PEARL in the spring 2017 federal budget.

This prompted the announcement of the temporary solution.

"Today's a good day," said Duncan, after walking up to the microphone outside the House of Commons alongside McKenna. Both ministers had big smiles on their faces.

"PEARL is a unique facility, it is the most northern [civilian facility] in Canada, and it looks at the atmosphere, climate change, ozone depletion, and the interaction between the atmosphere, ice and oceans," said Duncan.

Both Duncan and Canada's chief science adviser, Mona Nemer, had teased in recent weeks that a solution for PEARL was in the works.

But some scientists who have worked at the lab have said a decision should have been made already, given that research funding takes several months to a year to roll out, and long-term studies were in jeopardy of data gaps.

Asked about the timing, the science minister said the government had been clear that "our officials were working on it."

"We're so pleased to announce today that we are able to have this whole-of-government approach and have both Environment and Climate Change Canada fund the operations, and [Natural Sciences and Engineering Research Council of Canada] will be funding the research."

McKenna said PEARL and its research is "critically important when it comes to looking at the impacts of climate change and addressing them."

The environment minister also said in a statement that investing in PEARL will "ensure that the research done in Canada’s high Arctic continues to deepen our knowledge of the challenges before us.”

“To address global challenges such as climate change, we must make every effort to support researchers whose work leads to a better understanding of the changing arctic climate and environment," she said in a statement.

"We rely on the evidence they produce to make informed decisions that improve our environment and economy and our health and communities.”

Evidence for Democracy, a non-profit group that advocates for governments to make decisions that are based on evidence, said it was pleased to see the government take steps to save PEARL, strategically located in the high Canadian Arctic.

But the group also noted that there was still uncertainty about six other key research projects funded under a federal climate change research fund that is expiring at the end of the year.

“We are pleased to see that the government listened to the concerns of the science community by providing bridge funding for PEARL.” said Katie Gibbs, executive director of Evidence for Democracy, in a statement.

“This is a great first step but more needs to be done to address the huge funding gap that currently exists for climate and atmospheric science in Canada.”

Asked about the expiring climate research fund, Duncan said there are "opportunities through other funds, for example, the [Canada First Research Excellence Fund]."

The Trudeau government handed $900 million to 13 postsecondary institutions through that fund in September 2016. The fund covers everything from theoretical physics to sustainable ocean development, medicine and food production.

Editor's note: This article was updated at 3:45 p.m. ET with additional quotes from Kirsty Duncan and Catherine McKenna.

Catherine McKenna and the Climate Kids

By Alex Tétreault | Analysis, Energy, Politics | September 1st 2017
Reports from the Race to a Safer World

Good to hear, but will it be

Good to hear, but will it be annualized funding?