Valérie Plante to be sworn in as Montreal mayor this afternoon 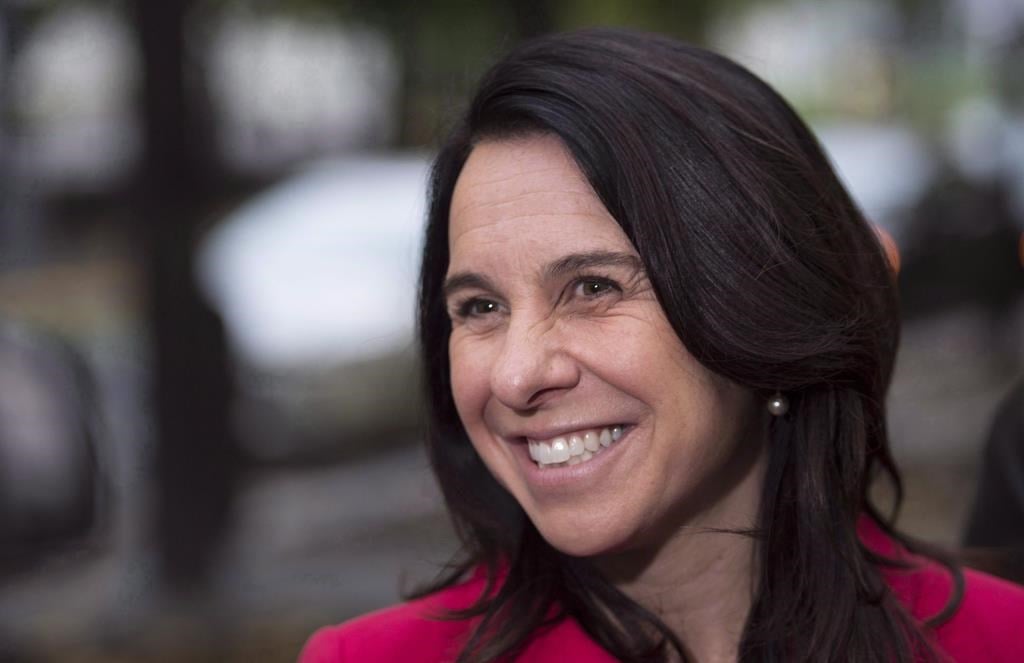 Montreal's new mayor Valerie Plante smiles while outside a subway station Monday, on November 6, 2017 in Montreal. Montreal's first female mayor will be sworn in this afternoon in a ceremony that begins at 4 p.m. eastern. File photo by The Canadian Press
Previous story
Next story

Montreal's first female mayor will be sworn in this afternoon in a ceremony that begins at 4 p.m. eastern.

Valérie Plante caused a major surprise when she won more than 51 per cent of the vote on Nov. 5 to defeat incumbent Denis Coderre.

Plante, who was born in Rouyn-Noranda in northwestern Quebec, spent a year as a teenager in North Bay, Ont., to learn English.

She moved to Montreal at the age of 19 and attended university where she received degrees in anthropology and museology.

She then worked for a number of non-profit organizations.

Plante, 43, entered municipal politics in 2013 when she won a council seat and she was elected leader of the left-leaning party Projet Montreal three years later.

Her signature campaign promise in this year's campaign was a new subway line that would link the city's densely populated northeast to downtown.