No need for Montrealers to fear Valérie Plante's gender-balanced executive 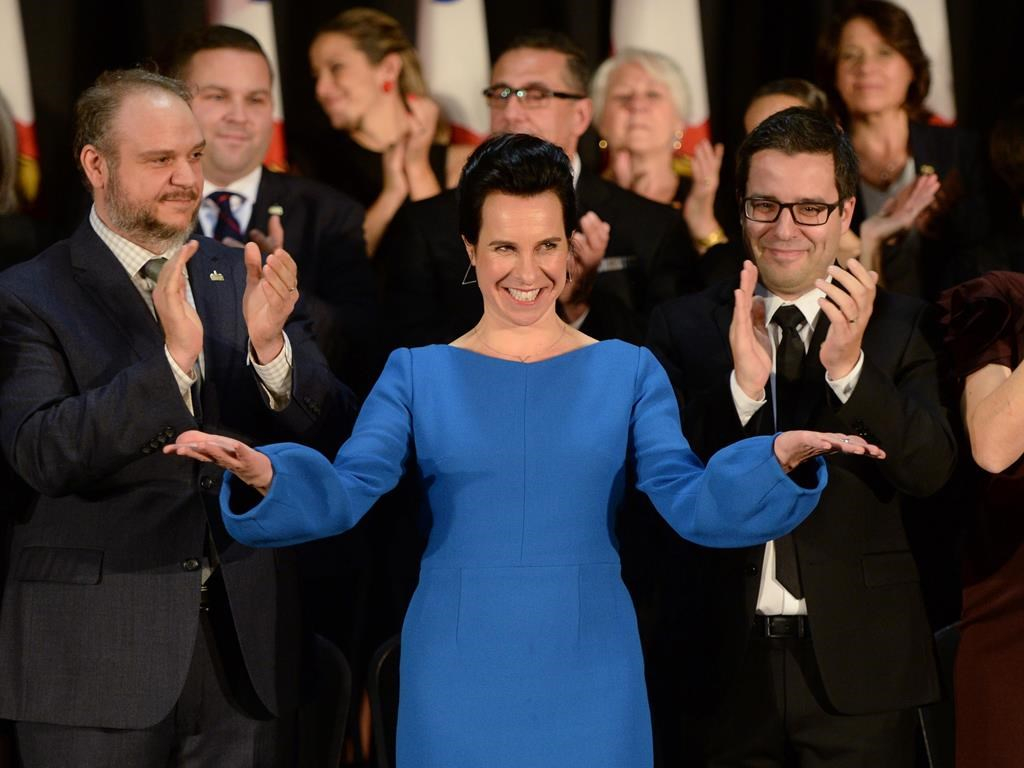 Valérie Plante receives applause as she arrives to be sworn in as the city's new mayor in Montreal, on Thursday, Nov. 16, 2017. Photo by The Canadian Press/Ryan Remiorz
Previous story
Next story

Certain Montreal residents, it appears, are worried that gender parity will somehow compromise the quality of the elected officials selected for the committee. It’s fascinating that such hand-wringing rarely seems to take place when the majority members of a council or a panel are men. The concerns are unjustified.

Women comprise the majority of Montreal residents and, for the very first time in the city’s history, more women than men were elected to Montreal City Hall. There was, therefore, no shortage of qualified elected officials for Mayor Plante to appoint to the committee. Despite those facts, some critics framed the balanced committee membership as tokenism and charged that Plante caved in to “special interests.” How half of the population can be cast as a “special interest” group baffles me.

“When qualifications don’t count for anything, that’s fine. This is an executive committee, not Romper Room,” said one of the many choice comments on the Montreal Gazette thread. “Let’s have a qualified government. Diversity should come second,” added another commentator.

Parity does not negate competence

It’s deeply troubling that some people still confuse gender parity with compromise. As if gender balance can’t possibly co-exist in the same reality with qualified candidates and that choosing to pay attention to the former immediately negates the latter. This thought process is based on false assumptions that male (and white) success is always based on merit and qualifications while female success (and that of visible and cultural minorities) is due to tokenism.

Institutional sexism and racism are still prevalent in our society (Montreal is no exception) and they can shape our perceptions and knee-jerk reactions in ways we don’t even notice. In fact, the tokenism that some people suddenly fear when they see a gender-balanced council has historically favoured white men, regardless of domain. Ironically, gender parity and quotas sometimes remove mediocre men as candidates and leaders; that may explain the discomfort of those concerned with propping up the status quo.

Alarmist reactions are eerily similar to the backlash Canadian Prime Minister Justin Trudeau received when he announced his gender-balanced cabinet in 2015. Plante’s public insistence that “it was important for her to choose an equal number of men and women, and borough mayors and city councillors” is somehow still seen by some as politicizing a decision or pandering to a feminist agenda, when all it really does is ensure equal representation.

A negative reaction to that says a lot about where we still are in terms of true equality and the perception and value of women in the public sphere and the political arena.

Montreal’s current executive committee includes seven men and six women, including the mayor. Diversity, however, remains elusive, as the committee is all white and with no cultural and religious minorities. While Plante’s party, Projet Montreal fielded numerous visible and cultural minority candidates, none were elected, a clear indication of how slow progress can be. While women made significant inroads in this municipal election, more definitely needs to be done for true cultural, religious, and racial diversity to become a reality, and for all Montreal residents to feel represented.

The case for gender parity in politics and boardrooms has been made for years. So many studies confirm that gender parity increases the efficacy and quality of the decision-making process that some analysts advocate affirmative action in government and business.

In Women and Power: The Case for Parity, Quebec journalist Pascale Navarro discusses gender parity as a new and improved way of doing things that forces an adaptation and alteration of the political process before, during, and after elections.

In the book, Sue Montgomery (who was just elected as the Cote-des-Neiges-NDG district’s first ever woman mayor) states, “This isn’t a question of men versus women, but rather men working together with women to make our democracy stronger. It’s about making our government more caring and compassionate and reflective of the population. It’s about having the courage to break a very old patriarchal mold.”

More women increase the efficacy of the decision-making process

When Fortune-500 companies were ranked by the number of women directors on their boards, those in the highest quartile reported a 42-per-cent greater return on sales. Studies show that women deal very differently with risk than men do. Women tend to “take more time weighing the contingencies and are more interested in smaller rewards they can count on,” while under pressure men take more gambles. What this means is that both decision-making styles are needed to balance each other out when high-stake decisions are being made; that’s not a terrible thing when taxpayers’ money is at stake.

“Teams with female leaders report greater team cohesion, more co-operative learning, and more inclusive communication than those led by men,” according to a report published in the Journal of Educational Behaviour. Women are better listeners, ask for more input, have better emotional intelligence, and are better at building work relationships. Mayor Plante has already exhibited many of these traits as a candidate and there is no reason why she won’t employ them as mayor.

The merits of female leaders aside, the bottom line is this: if we’re to have a democracy that truly functions at its best, we need to ensure that the issues, priorities, rights, experiences, and values of all voters are represented.

Ensuring gender parity is one way of increasing that possibility, which in turn also serves to challenge and chip away at social attitudes that question women’s competence as decision makers.

The final piece the puzzle that is sorely lacking in Plante’s executive committee is diversity. With 31 per cent of the city population composed of cultural and visible minorities, Montreal’s City Hall remains glaringly and disappointingly white. Here’s hoping this, too, changes soon.

Thanks for the ongoing

Thanks for the ongoing coverage of this important story.

I agree with the intent of

I agree with the intent of the mayor and I hope that she will be able to show inclusive policies can work and attract competent people to do the job. I don't think anyone really thinks that if, as an employer, that I will hire a woman or visible minority just to fill a position. You should look at all of the work experience, technical experience, but there has to be a place where take into consideration the needs of the organization. One thing I would take into consideration is how motivated someone is. There maybe people who have a lot of experience, but if they don't have any enthusiasm, they might not work as hard as someone who really needs the job and will work harder. There are many things to consider when choosing people and they all have to be taken into account.