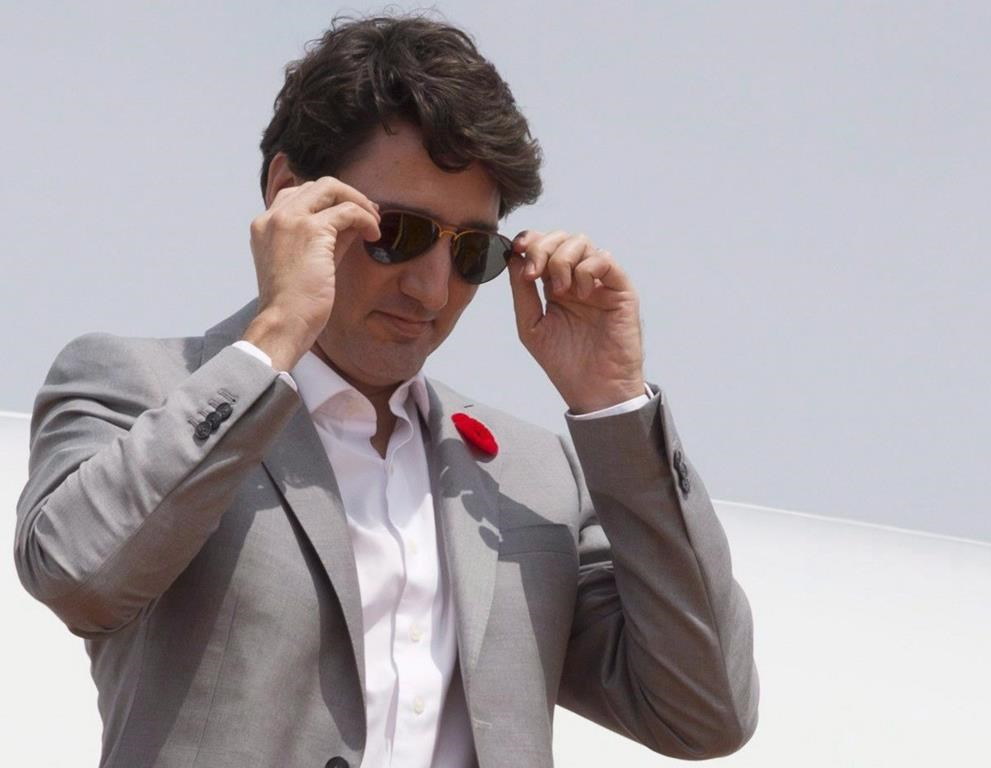 Justin Trudeau took on the role of critic of Canada's wealthiest citizens on Thursday, putting income inequality and tax evasion at the centre of a speech that reflected on the prospects for the Canadian Confederation.

The prime minister was speaking at Charlottetown's Confederation Centre, near the site where Canadian politicians hammered out the outlines of a future nation in 1867.

Trudeau said that on the country's 150th anniversary, the promise of progress has become increasingly elusive.

Despite a strong economy, he said "not everyone is getting a share of that success" as Canadians struggle to find jobs that pay a living wage.

"We have to tell the truth about income inequality and what it means for Canadians," he said.

"We're Canadian and we're polite and we don't like to talk too much about money because it might make someone uncomfortable."

Trudeau said top earners bear some responsibility for rising income disparity and called on business leaders to look beyond the short-term interests of shareholders to the long-term responsibility they have to workers to provide long-term contracts, decent incomes and training.

It's unfair parents are forced to decide whether they can afford winter boots for their children while the CEO at their company gets a million-dollar bonus, he said.

Simple values of sharing and caring for neighbours are needed to continue the country's success, said the prime minister.

He pointed to a Prince Edward Island couple that help clear the snow for their neighbours every winter, and says being there for each other and helping neighbours is the Canadian way.

"Neighbours helping neighbours, lending a hand when times get tough, and being there for each other to help share the load," he said. "When we're at our best, it's the Canadian way."

Trudeau said Ottawa has committed nearly $1-billion to investigate offshore tax evasion and aggressive tax avoidance, an investment he said is paying off in recouped tax revenues and penalties.

"There are people in Canada who are so wealthy that not only do they think they don't need to pay their fair share of taxes, they're forcing us to spend a billion dollars to go after them just so they'll do the right thing and pay what they owe," he said.

His comments came as the government came under questioning in the House of Commons Thursday over a top Liberal fundraiser whose name surfaced in leaked documents that provide details on legal, offshore tax havens used by the wealthy.

Trudeau has previously said he's accepted Stephen Bronfman's response to the so-called "Paradise Papers'' that he has never funded nor used offshore trusts, and that all his Canadian trusts have paid all federal taxes on their income.

The prime minister was presented Thursday with a Symons Medal for his contribution to Canadian life at the Confederation Centre of the Arts.

He held a lengthy question and answer session following his lecture, in which he touched on carbon reduction and the environment, LGBT rights, expectations for newcomers to Canada and North Korea's nuclear weapons development.

Earlier in the day, Trudeau touched on more lighthearted topics, such as not being able to pop into a Canadian Tire for a screwdriver or grab a double-double at Tim Hortons without "causing a bit of a kerfuffle."

In an off-the-cuff radio interview in P.E.I. that touched on shopping, sports, fashion and TV dramas, Trudeau said it's hard for him to partake in these commonplace and quintessentially Canadian outings.

Being the head of the Canadian government comes with "amazing things but a certain awkwardness in stopping in for a double-double," Trudeau said in an interview with Charlottetown's Ocean 100 radio host Kerri Wynne MacLeod.

"The level of kerfuffle — there are flashing lights in the street right now — around a PM can go to your head or you can take it the wrong way," he said. "The only way to make sense of it is there is no way all of this is for just one guy. It's for the office."

The 23rd prime minister of Canada said he stays grounded by "finding moments where I can just hang out with friends and be chill," including shooting pool.

Trudeau also divulged that "like in any good marriage" his wife decides the television shows they watch together, which lately has been a combination of "Outlander" on Netflix and the new season of "Grey's Anatomy."

The 45-year-old also weighed in on this weekend's Grey Cup final between the Calgary Stampeders and the Toronto Argonauts in Ottawa, which he plans to attend with his family.

The prime minister headed to eastern Newfoundland later Thursday to campaign in a federal byelection. He took to an outdoor stage on in chilly weather in Clarenville to support Churence Rogers, the liberal candidate for Bonavista-Trinity-Burin. The seat was held by former federal cabinet minister Judy Foote, who left politics last summer.

Trudeau is expected to be in Goose Bay on Friday to apologize to former students of residential schools in Newfoundland and Labrador.

They were left out of a compensation package and a national apology in 2008 by former prime minister Stephen Harper.

His Conservative government argued that Ottawa did not oversee those schools.