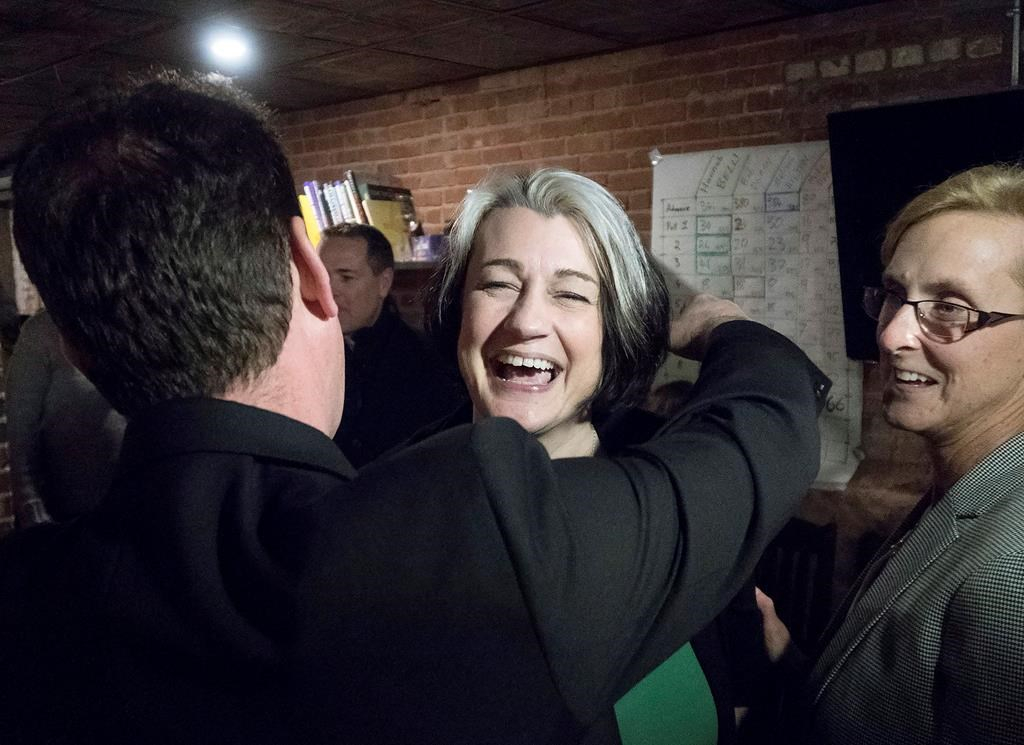 Voters in Prince Edward Island sent a second member of the Green party to the legislature on Monday night.

Hannah Bell captured 35.3 per cent of the vote in the Charlottetown-Parkdale byelection, according to unofficial results from Elections PEI.

Liberal Bob Doiron took second place with 28.5 per cent, Melissa Hilton of the PC Party came in third with 26.9 per cent of the vote and New Democrat Mike Redmond captured 9.3 per cent.

Bell — the executive director of the PEI Business Women's Association — joins Peter Bevan-Baker as the second Green party member in the PEI legislature.

The provincial party leader was elected in May 2015

The byelection was called to fill a seat left vacant by the resignation of former education minister Doug Currie in October. The Liberal MLA left politics to explore other professional opportunities.

Elizabeth May stays on to lead Green Party of Canada