By The Canadian Press | News, Politics | December 7th 2017
#743 of 1799 articles from the Special Report: RACE AGAINST CLIMATE CHANGE 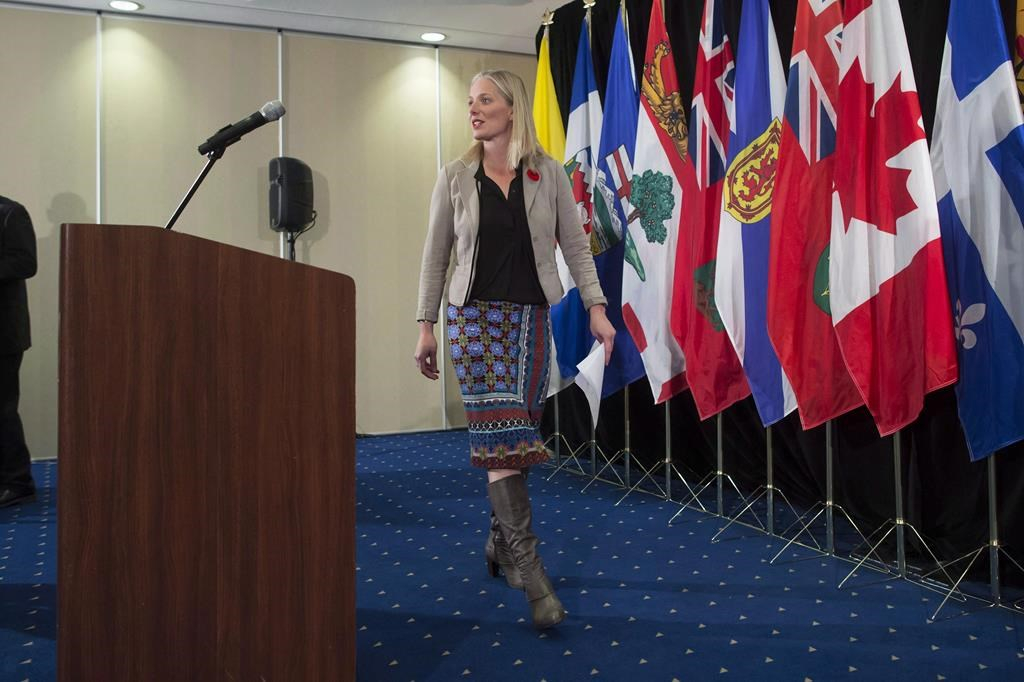 Environment Minister Catherine McKenna arrives for a news conference after a Canadian Council of Ministers of the Environment meeting in Vancouver on November 3, 2017. File photo by The Canadian Press/Darryl Dyck
Previous story
Next story

Environment Minister Catherine McKenna says Canada and China have made good progress on environmental laws and regulations that are among the barriers to launching official free trade talks.

McKenna is in China this week as part of Prime Minister Justin Trudeau's trade mission, as well as for meetings of her own aimed largely at connecting Canadian clean tech companies with Chinese enterprises.

Trudeau left China on Thursday without officially launching the formal free trade talks the two countries have been working towards, citing issues such as gender, the environment and labour among the sticking points.

Some Canadian businesses fear less stringent Chinese regulations and laws could make it harder for them to compete in a free trade environment.

McKenna said there is work yet to do on the environment front, but believes common ground has been reached in a lot of areas and says China's commitment to climate change and environmental protections is clear with a national emissions trading system underway and even a new national parks system beginning.