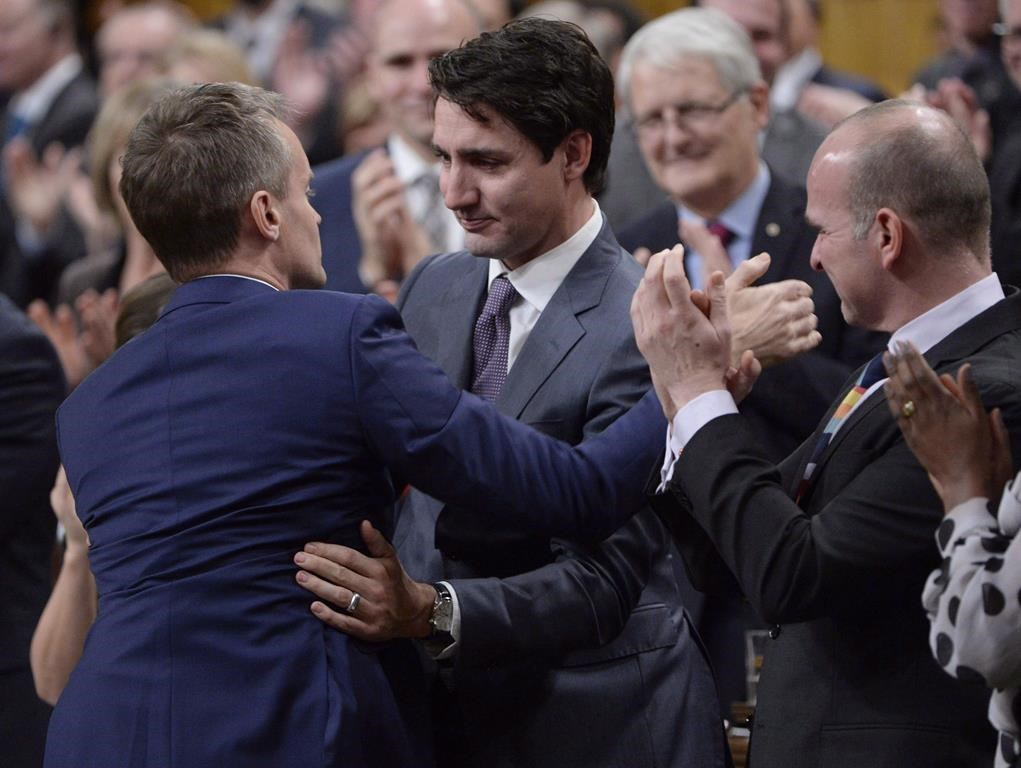 Justin Trudeau hugs Seamus O'Regan after making a formal apology to individuals harmed by federal legislation, policies, and practices that led to the oppression of and discrimination against LGBTQ2 people in Canada. File photo by The Canadian Press
Previous story
Next story

Four leading researchers say a federal plan to destroy the criminal records of people convicted of same-sex activity is a "troubling feature" of proposed legislation intended to help make amends to the LGBTQ community.

While the academic researchers applaud ensuring the records can never be used against those convicted, they say preservation is integral to the democratic process and the telling of history.

The Liberal government recently introduced legislation that would allow people to apply to have their criminal convictions for consensual sexual activity between same-sex partners erased from the public record.

Once passed, the legislation will allow applications by the convicted individual in question or family members of deceased people with criminal records.

The researchers — all of whom have ties to Ontario universities — say the scope of offences covered by the bill is too limited, and the application process too vague and potentially onerous.