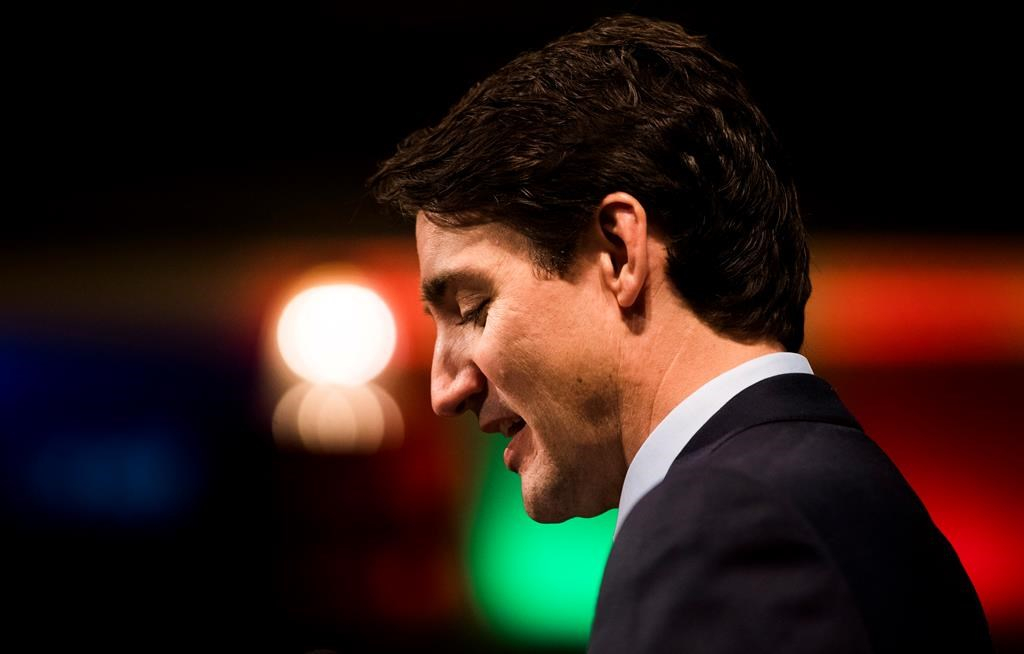 The Trudeau government has earmarked more than $100 million to compensate members of the military and other federal agencies whose careers were sidelined or ended due to their sexual orientation, The Canadian Press has learned.

The money will be paid out as part of a class-action lawsuit settlement to employees who were investigated, sanctioned and sometimes fired as part of the so-called "gay purge."

An agreement in principle in the court action emerged Friday, just days before the government delivers a sweeping apology for discrimination against members of the LGBTQ community. Details of the agreement must still be worked out by the parties and approved by the Federal Court, but it's expected that several thousand people will be eligible for the financial compensation.

Prime Minister Justin Trudeau will deliver the apology — which is expected to surpass what other countries have done to make amends to LGBTQ people — in the House of Commons following question period Tuesday.

A clear and unequivocal expression of regret to all affected is necessary to acknowledge the mistakes so "they will never happen again," said Liberal MP Randy Boissonnault, a special adviser to the prime minister on sexual orientation and gender issues.

Among apology-related initiatives, the government is putting $250,000 toward community projects to combat homophobia and provide support for people in crisis.

In addition, it plans a commemoration in 2019 of the 50th anniversary of the federal decriminalization of homosexual acts.

The government also plans to table legislation Tuesday to expunge the criminal records of people convicted of consensual sexual activity with same-sex partners, whether in civilian or military courts.

Those eligible will be required to apply for expungement; requests may be submitted on behalf of deceased people who were convicted.

The apology and associated efforts to recognize past wrongs will be genuinely historic, said Gary Kinsman, a sociology professor at Laurentian University and a leading scholar on the injustices for many years.

"It's also been an incredibly long time coming," said Kinsman, a spokesman for the We Demand an Apology Network, which includes people directly affected by the purge campaign as well as supporters and researchers.

"I'm very saddened by the fact that many of the people who really needed to be apologized to have passed away," Kinsman said in an interview. "It should have happened decades ago, in my view."

The discriminatory policies that often ruined careers and lives had their roots in federal efforts that began as early as the 1940s to delve into the personal lives of people who were considered security risks.

There is no evidence of a gay or lesbian employee ever giving information to Soviet agents or another foreign power, Kinsman said. On the contrary, victims of the purge say the only ones who tried to blackmail them were the RCMP or military security, trying to elicit information about friends and acquaintances in the public service.

"Really what it was about was pushing lesbians and gay men outside the fabric of the nation, defining our sexualities as being somehow a security risk," Kinsman said. "And on the other side, defining heterosexuality as the national safe and secure sexuality."

The apology is expected to include a federal commitment to reveal more of the hidden historical record of the government's discriminatory policies and practices.

Bill to clear past convictions for consensual same-sex activity coming on Tuesday, Nov. 28, 2017