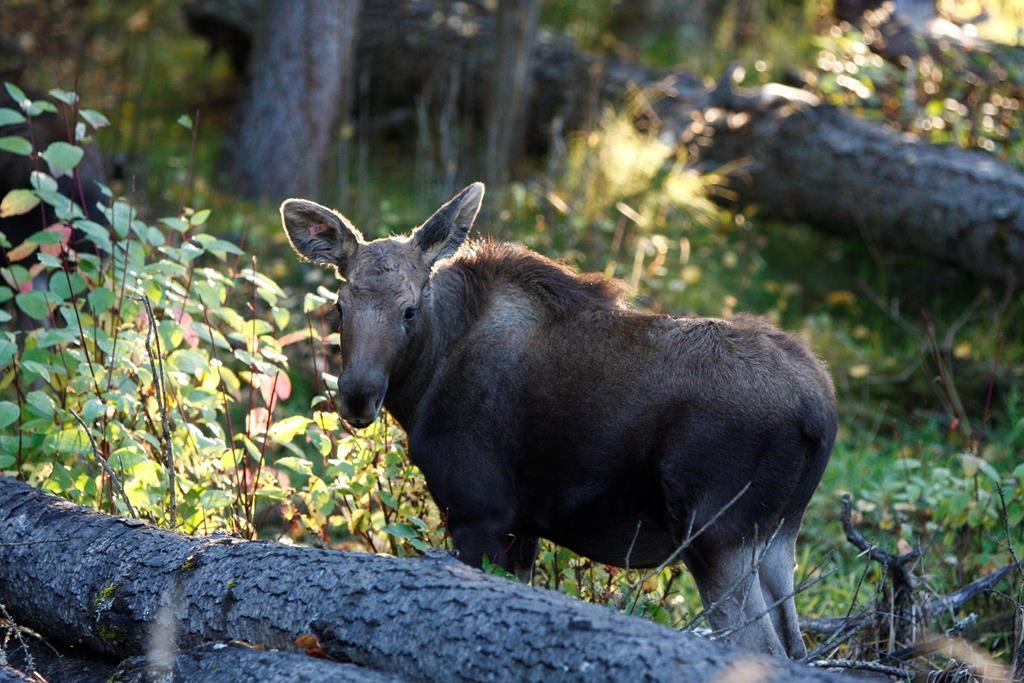 After months of bottle-feedings and curfews, a pair of moose calves rescued in northern British Columbia are thriving and giving hope for other orphaned wildlife in the region.

Roy Rea, an instructor at the University of Northern British Columbia, says the male and female calves were only days old when they were discovered near Prince George in late May. Their mother had been killed by a car, leaving the newborns virtually helpless.

Rea said he spent 90 minutes wandering around a swamp doing his best cow moose call to try and coax the calves out of hiding.

When they were found, the animals were severely dehydrated.

"They were both almost dead," said Rea, who studies moose. "They didn't even move when we walked up to them."

The animals were rushed to a veterinarian in Prince George who gave them fluids. Once they were stable, Rea took them on a four-hour drive to the Northern Lights Wildlife Society in Smithers.

The siblings — named Mackenzie and Bijoux — are about the size of small horses now at seven months old, said Angelika Langen, co-founder and manager of the shelter.

They also have company. Northern Lights has been home to six orphaned moose calves this year, which Langen described as a "relatively high" number. She attributes the uptick to volunteers getting to animals in need quickly and bringing them in.

Mackenzie and Bijoux have helped as well, Rea said. Their rescue was reported by local media and made people more aware of potentially orphaned moose.

Saving the young animals is important, he added, particularly because the region's moose population has dipped dramatically over the past 15 years. The reason behind the dwindling numbers is unclear, Rea said.

"They're like a little gold nugget because we just don't have a lot of them anymore."

With the orphaned calves, staff and volunteers have tried to play the role of a mother moose "without becoming ridiculous," Langen said.

They were fed a milk formula made especially for moose when they arrived at the shelter, and have since been weaned to a diet including more solid foods, such as forest foliage, grain pellets, fruit and vegetables.

The animals have also been slowly reintroduced into the wild.

In August, they got what Langen called "day passes" where they would be released for a few hours at a time into the wilderness around the shelter. As the calves grew older and stronger, the length of time they spend outside has increased.

Now they are only given one bottle at night and kept in their enclosures as they sleep to keep them safe from predators, Langen explained.

"In the wild, they would have the mother still looking out for them, so basically we're mimicking that and giving them that same kind of protection," she said.

Mackenzie, Bijoux and the others can leave the shelter for good whenever they're ready. Langen said she expects them to wander off in February or March when buds come out on the trees and entice the animals deeper into the forest.

"Usually, when the snow starts melting a little bit, they get itchy and start moving."