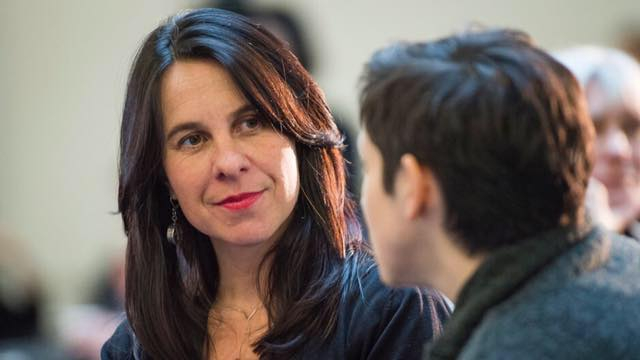 Montreal Mayor Valérie Plante spoke out about a false news report in a message posted on Dec. 17, 2017 on her Facebook page. Facebook photo
Previous story
Next story

Montreal Mayor Valérie Plante spoke out on Sunday about a false news report that has triggered a hateful reaction towards members of a local mosque.

In a message posted on her Facebook page, Plante urged everyone — citizens, politicians, journalists, celebrities and civil society leaders — to be vigilant and avoid knee-jerk reactions to unproven rumours that target specific communities.

"Erroneous words harm communities; in this case; the Muslim community, and this affects our city," said Plante in the message that was written in French. "After all, Montreal is an inclusive city and we must work hand in hand to eradicate all forms of discrimination."

Plante, the first woman ever to be elected as mayor of Montreal in the city's 375-year history, had largely avoided weighing into the controversy since Tuesday when TVA, Quebec's largest television broadcaster, falsely reported that Muslim leaders had tried to get female workers removed from a nearby construction site.

Plante said in her message that everyone had a responsibility to prevent things from getting out of hand.

The TVA network retracted its report three days later and apologized after admitting it didn't have any evidence to support its false claims. But not before the story was widely shared online, including by several prominent Quebec politicians.

Many pundits, including National Observer columnist Toula Drimonis, criticized TVA for irresponsible journalism. The mosque's director, Moayed Altalibi, told CBC News on Wednesday that the French-language network's reporter had interviewed him but excluded his comments from her report.

TVA said on Friday in a statement that it had launched an internal investigation to find out how it messed up.

The controversy has reawakened some tensions and fears that have left many Quebecers on edge since January when an armed shooter stormed into a Quebec City mosque, killing six people and wounding more than a dozen.

Anti-racist groups have also blamed Quebec's Liberal government and opposition parties for feeding a climate of hatred through its recent adoption of a law banning face-coverings for anyone receiving public services, widely seen as an effort to single out Muslim women.

Soon after the TVA report went to air, a far-right Quebec group, La Meute, announced it was planning a protest outside the mosque. But this was cancelled after a provincial construction board confirmed that the report was false.

A small group of protesters and counter-protesters still showed up outside the mosque on Friday to demonstrate.

Plante thanked local politicians who showed up to support the mosque on Friday, including Sue Montgomery, mayor of the local borough of Côte-des-Neiges-Notre-Dame-de-Grâce.

"Let's remember that no woman was excluded from the construction site," Plante added in her message. "As the first female mayor of Montreal, I also want to assure that all women have their place in all places of work. This is even more true with the glass ceiling that we have just broken."

Just like you said Linda. Who funds the TVA network? Read everything with close attention to the support offered by the journalist. These 'reports' are frequently published by journalists without facts. This is Trump's trademark, blanket statements without any supporting facts.