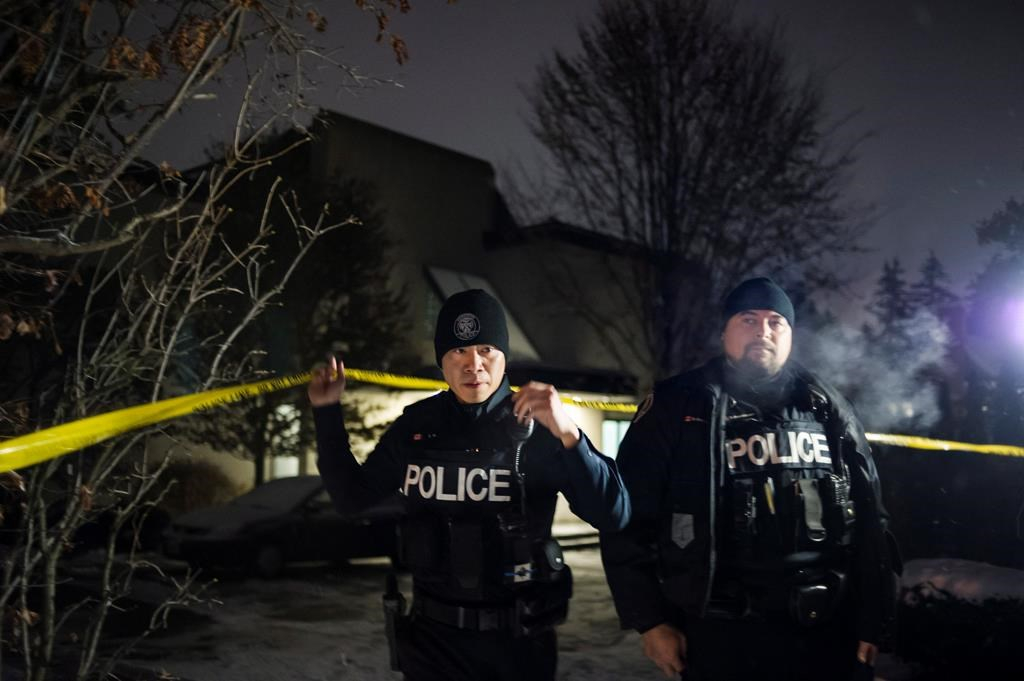 Police secured the home of Apotex founder Barry Sherman and wife, Honey Sherman after they were found dead on Friday, December 15, 2017. File photo by The Canadian Press/Christopher Katsarov
Previous story
Next story

Homicide detectives have taken over the investigation into the deaths of billionaire Barry Sherman and his wife Honey after autopsies revealed the couple died from "ligature neck compression," Toronto police said Sunday night.

Police issued a brief statement, but refused to comment further about the deaths of the couple, who were found in their Toronto home on Friday.

"That is what the post-mortem indicates and that is the terminology that they give us," Const. Michelle Flannery said when asked to elaborate on findings from autopsies performed over the weekend.

The statement contained no other details, except to formally identify the Shermans as the two people found dead in a Toronto home on Friday.

Previously, police refused to confirm the identities, although they had been identified by a number of political and business leaders.

Sherman, 75, was the founder of pharmaceutical giant Apotex. He started the company in 1974 and grew it into the largest Canadian-owned drug company.

Canadian Business magazine recently assessed his fortune at $4.77 billion, making him the 15th richest person in the country.

Sherman faced legal action from family members alleging they had been cut out of the company over the years.

As a producer of more than 300 generic pharmaceutical products, Apotex has itself seen a number court cases, as companies have pushed back on its efforts to sell cheaper no-name options.

Honey Sherman, 70, was on number of boards, including the York University Foundation and the Simon Wiesenthal Center.

The Shermans were among Canada's most generous philanthropists and also organized funding of charitable causes through the Apotex Foundation. The couple made numerous multimillion-dollar donations to hospitals, schools and charities and had buildings named in their honour.