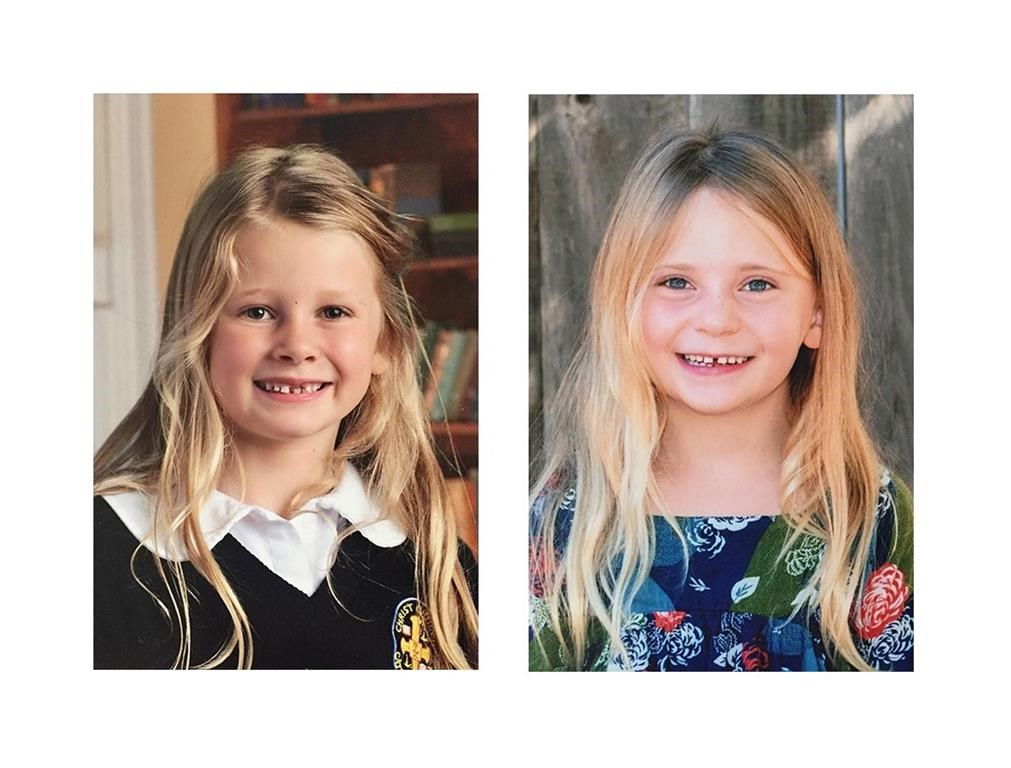 Berry (left), 6, and Aubrey Berry, 4, were found dead in a home in Oak Bay, B.C., on Christmas Day. Handout photo by The Canadian Press
Previous story
Next story

British Columbia's child and youth representative says his office has begun to collect information about two young sisters whose bodies were found in a Victoria-area home on Christmas Day.

Bernard Richard said Friday it is too early to say whether he will launch a formal investigation, but he says his office has contacted the BC Coroners Service and the provincial ministry in charge of child welfare and has started gathering documents.

Richard's office has the power to investigate when young people who have received child welfare services die or are critically injured.

"Obviously this is a very concerning case," Richard said in an interview from Cap Pele, N.B.

"We'll be taking a very close look at the circumstances surrounding the services provided to this family and whether they could have played a role in the events of Christmas Day."

The Ministry of Children and Family Development declined comment on the deaths, citing privacy reasons. But it said in an emailed statement the ministry always co-operates fully with investigations involving police or the coroner's office.

"This is a heartbreaking tragedy and our thoughts are with the family and everyone who loves them, as well as the broader community that has been shocked and saddened by this news," the ministry said.

Police discovered the bodies of the two young girls inside a home in Oak Bay on Monday evening and are investigating the incident as a double homicide.

A friend of the family said the children's mother, Sarah Cotton, notified the police that her former common-law spouse, Andrew Berry, hadn't returned them as scheduled.

A family member and friend have identified the girls as Aubrey Berry, 4, and her sister Chloe, 6.

Police have said an injured man, whose identity and condition have not been disclosed, was found inside the home and taken to hospital.

No charges have been laid and police have said they are not looking for any further suspects.

The Vancouver Island Integrated Major Crime Unit said Wednesday the man remained in hospital and was not in police custody. No further updates on the investigation have been released by police since then.

Richard said his office cannot begin interviewing witnesses or officially investigate until police and the coroner's service have finished their investigations, which could take months.

He said his own reaction has been to grieve what he describes as a heartbreaking situation.

"I think the dust will settle at some point and we'll get answers, but for now I think it could be actually damaging to the mom, who is already stricken with grief, and other family members, to be speculating too broadly without knowing the real information," he said.

Reports produced by the representative for children and youth are publicly released.

The girls' mother had concerns about their father's parenting abilities, court documents say.

In a decision released in May, a B.C. Supreme Court judge said Berry displayed poor judgment in dealing with his children, including allegations of inappropriate touching involving one of the girls in October 2015 that led to an investigation by the province's child welfare agency.

In court, Berry testified he tickled one of the girls but not inappropriately.

The court decision was intended to settle custody of the children and distribution of assets after Berry and Cotton separated in September 2013.

Justice Victoria Gray concluded that Berry's "displays of poor judgment regarding the children" did not justify depriving his daughters of "significant parenting time" with him.

"The father is a loving father who has much to offer his daughters," the decision says. "The children appear to be generally happy and healthy, although suffering some stress from the breakdown of their parents' relationship."

Erez Aloni, a law professor at the University of British Columbia, said speaking in general about how the courts approach family disputes, they are typically reluctant to intervene in every issue, despite having the authority to do so.

"It's a more complex and sensitive issue than simply collecting a debt," Aloni said. "You want to make sure that the parties can continue to work together as parents."

The District of Oak Bay has organized a candlelight vigil Saturday evening to honour the two girls at Willows Beach. The vigil will include formal remarks and music.

"We have been shaken as a community," the municipality said in a statement posted on its website. "This event is an opportunity to come together in grief and in love to mourn the tragic loss of two of our young citizens."