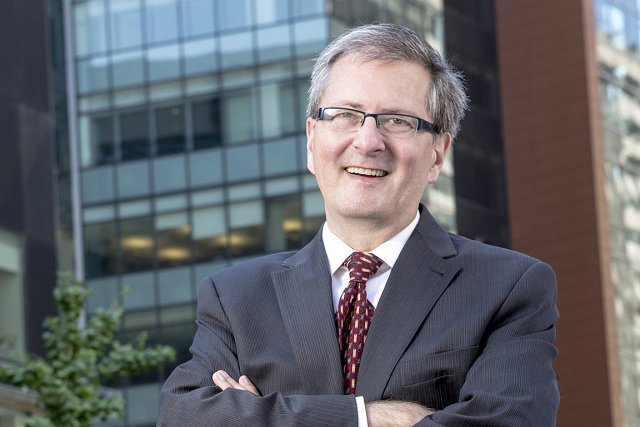 Concordia president Alan Shepard says he is "disturbed" by allegations that have been circulating for years about sexual misconduct allegations at the Montreal university's English department.

In a statement posted online on Monday, Shepard said he "became aware" of them in the afternoon after reading an online article that makes allegations about the atmosphere and personnel inside and outside of classrooms.

"There are specific allegations of sexual misconduct as well as general allegations of an abusive climate in the department’s well-known program in creative writing," he wrote in the statement.

"I am disturbed by what I read in the blog post. These allegations are serious, and will be treated seriously."

The allegations posted by writer Mike Spry are not new. In 2014, an author, poet and former Concordia student, Emma Healey, also recounted allegations about misconduct in a widely-shared article about a "prominent figure in the city's literary community and a professor" at her school. She didn't mention the university or professor by name, but many in Canadian literary circles say they knew that she was referring to Concordia.

Healey noted on Twitter that Spry's new essay provided a fresh response to what she had published years ago.

"This is the first time a man this close to the situation has acknowledged it publicly and unequivocally for what it was AND drawn something bigger with it ..." she said.

'No names, only monsters'

Spry described the Canadian literary scene as a "monster" and admitted that he had failed to publicly condemn what he had witnessed out of fear. He also said he participated and "abused the small amount of power" that he had.

"In my fourteen-year association with Concordia and CanLit I have been witness to and made aware of innumerable instances of unwanted affection, groping, inappropriate remarks, and propositions," Spry wrote. "When rejected by women, men in positions of power would engage in whisper campaigns denigrating and degrading those who had rejected them. I sat with these men, called them friends, allowed their actions through my inaction. Both Concordia and CanLit have fostered inappropriate behaviors and environments that have permeated throughout the community.

"I would like to share more of what I know, but those are not my stories to tell. Two years ago, three years ago, five, 10, I would’ve been afraid to write this essay. But I’m not afraid anymore. And I don’t fear the CanLit monster."

In his statement, Shepard, the Concordia president, said that a shift is underway about how society responds to these types of allegations.

"As virtually every news cycle now reminds us, our society is making a fundamental shift in its response to such allegations and behaviours. This shift is long overdue and critically important to all of us," Shepard said.

"Over the past several years, Concordia University has taken several steps to strengthen the safety of our learning and working environment."

"Our response is a work in progress. We continue to improve our efforts to prevent sexual violence and sexual harassment, and to respond effectively when it does happen."

The latest statement and allegations prompted a flurry of activity on social media, with some casting doubts about whether the university could be trusted to investigate the allegations.

Concordia takes this very seriously. Please contact the Office of Rights and Responsibilities (https://t.co/8uWoeJKZAm) at (514) 848-2424 ext. 8659 or [email protected] to share your experience.

Concordia urged people with allegations to contact its office of rights and responsibilities, but some suggested it would be better to get a lawyer and contact the provincial human rights commission.

A Concordia spokeswoman declined to elaborate on details surrounding the situation inside the English department.

"Unfortunately, I can't say much more than what our president issued in his statement last night," said Mary-Jo Barr, director of public affairs at the university. "For confidentiality and privacy reasons, we can't comment on any specific matter regarding our faculty members or staff."

If you are still a student or work for the university, I would seriously think twice before contacting the ORR. If you want institutional support and think you've got a shot you're better off getting a lawyers and contacting the Québec Human Rights Commission. https://t.co/q1ifkEzjCE

The Concordia cases are similar to a scandal that rocked the University of British Columbia's creative writing department. The former department head, award-winning Canadian author Steven Galloway, was dismissed following "a record of misconduct that resulted in an irreparable breach of the trust placed in faculty members," the Globe and Mail reported in June 2016.

with files from Toula Drimonis

God, talk about late for the

God, talk about late for the show! The university's lawyers must have called him up. These `slaps head' stunned who'da thunk statements really tell the story about sexual harassment and the institutional culture that lets it continue.

As a retired English teacher

As a retired English teacher and lifelong student of literature, I'm ashamed to hear how 'creative' types haven't learned much from their wide reading....shamed, but not shocked. Many years ago, as a scholarship winning undergrad, I saw signs of this same toxic masculinity, not in all professors, but in some of the most intellectually ambitious.
Apparently the rising tide of feminist writers and thinkers that followed those early years, did little to change literary men in power. And let's not pretend that the university was in the dark. As Univeristy fees have risen, and right wing privatizations proceeded, patriarchy retrenched and if anything, became more contemptuous of women, particularly intellectually or creatively gifted women.

A certain amount of those come ons, gropings, etc. etc., are designed to tell you what you're really worth...just in case your female talent should go to your head. It's an old and common story....maybe men aren't aware of it, but I find even that plea hard to believe.