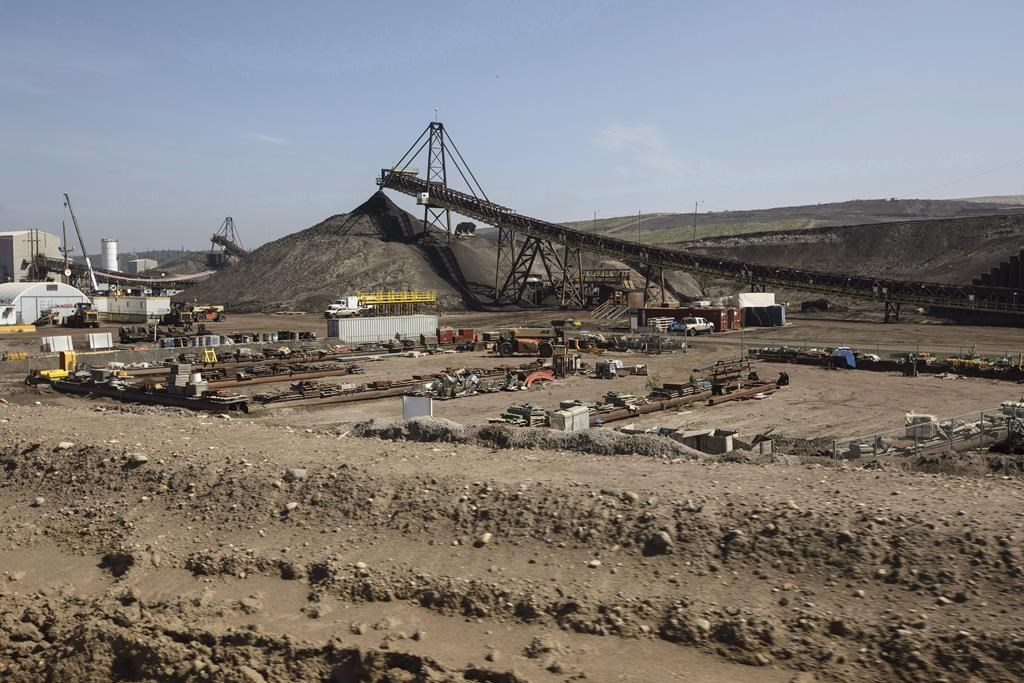 The five companies that own most of the oilsands production in Alberta should come clean with the public about the "enormity" of the costs — adding up to nearly $2 trillion in a worst-case scenario — of their pollution, says a new study.

"The Big Five need to start publicly disclosing their emissions modelling for the sake of transparency and accountability," reads the report, released Wednesday by the Parkland Institute, an Alberta public policy research network based at the University of Alberta.

It says Canadian Natural Resources Limited (CNRL), Suncor Energy, Cenovus Energy, Imperial Oil and Husky Energy have not fully disclosed how much carbon pollution they expect to create out of their own assets. This pollution now has a hefty price tag since governments around the world have committed under the 2015 Paris Agreement to slash greenhouse gases in order to prevent dangerous changes to the climate.

“Governments can’t properly regulate corporations when they don’t have all the facts at hand,” the report’s co-author, Ian Hussey, said in an interview.

“Those are disclosures that we’re not seeing yet, but we believe these companies are already making these calculations.”

The report says the carbon liabilities — that is, the social cost of the carbon pollution that will come from developing their fossil fuel reserves — of the “big five” firms, based on a conservative estimate of $50 per tonne, is $320 billion, outweighing the whole of Alberta’s GDP, which it pegs at $309 billion.

In a scenario where polluters were paying $200 per tonne of carbon emissions, that liability would add up to $1.99 trillion based on their proven and probable reserves of oil and gas, according to the study.

Should those reserves be extracted and burned, the profits it will bring to the companies and their shareholders will be “paid” by the public and the environment through “coastal damage, extreme weather events, decreased food production, and negative health effects,” the report states.

The report is part of a Corporate Mapping Project, jointly led by Parkland, the University of Victoria and the Canadian Centre for Policy Alternatives with the aim of "investigating the power of the fossil fuel industry."

“The point of calculating the carbon liability estimates for the big five’s reserves is to show the enormity of these costs should these reserves be combusted,” reads the report.

The five companies are all expecting an increase in production, not a ramping down, which Hussey, a research manager with the Parkland Institute and Alberta regional research manager for the mapping project, said was necessary to meet the Paris climate agreement target of 2050.

"Overall, the Big Five’s disclosures, targets, material actions to date, and their future plans are distressingly inadequate given the Paris Agreement,” the report states.

The Parkland Institute estimated the social cost of carbon of oil and gas reserves by taking into account company actions, carbon pollution disclosures and climate change policies, it said.

The data was based on information from financial services firm Moody’s, as well as company reports, community reports and environmental and climate data.

The report says none of the companies have made targets that can achieve the amount of decarbonization needed to stop the global average temperature from climbing over two degrees Celsius above pre-industrial levels.

The 2016 Paris climate agreement aims to avoid that two-degree threshold. Scientists say that limit is necessary to reduce the risk of catastrophic climate change, but it will require transforming major economies like Canada’s to low-carbon within the next three decades.

While Canada helped create and adopt the Paris agreement, the report states, Alberta’s oilsands industry and the fossil fuel industry in Canada in general has “so far ensured that Canada’s emissions growth has at best flattened, rather than decreasing.”

The five companies, except for Imperial Oil, do "acknowledge" the Paris agreement, and the challenges it presents to the industry, the report states. The companies are also disclosing “basic statistical data” on their carbon pollution.

Suncor’s shareholders, for example, asked the company to provide disclosures and analysis of risk against the future low-carbon economy.

In spring 2017, Suncor admitted in a report that climate change will take a bite out of its bottom line thanks to new technologies and social change leading to a drop in gasoline demand. The firm estimated the impact of its carbon price outlook on its net asset value to be roughly 3.5 per cent.

Suncor spokeswoman Sneh Seetal pointed to that firm's spring 2017 report, in response to questions. But she said the firm couldn't provide comments without examining the Parkland Institute report.

National Observer also offered to send a copy of the report on Jan. 30 to all firms that expressed hesitation in commenting in advance of its publication Jan. 31.

Cenovus spokeswoman Sonja Franklin said the firm shares "the public's concern about climate change and we are committed to doing our part to address this challenge."

"We've consistently been recognized as a leader in the area of climate disclosure through the Carbon Disclosure Project, which demonstrates our commitment to fully disclose emissions," said Franklin.

"Since 2004, we’ve reduced our oilsands greenhouse gas per-barrel emissions by one-third, and we continue to work on innovative ways to be competitive on both a cost and carbon basis."

Husky spokesman Mel Duvall said in a statement that "industry has demonstrated a proven track record in its ability to innovate and adapt. Husky is well positioned to compete under the new [greenhouse gas] emissions pricing and reduction frameworks."

Julie Woo, a spokeswoman for CNRL, said "we have no comments to provide."

In its 2017 report, Suncor notes how Alberta’s climate plan is a cap on emissions, not on production. “It allows production to grow as long as the total emissions of the basin remain under the limit,” that report said.

“The emissions limit is expected to accelerate the innovation required to reduce both carbon and cost in the oil sands industry.” But that’s a problem, the Parkland report argues.

“However, technological advancements to date have not produced absolute emissions reductions, and there is no reason to believe they will.”

But it downplays the importance of emissions intensity commitments. While it calls them “good initial steps,” it says they are insufficient. As well, it says CNRL, Husky and Imperial have not made specific emissions targets.

“What we need to make clear is, yes, reducing your [greenhouse gas] intensity is important, but it’s more important to actually reduce your overall emissions,” said Hussey.

“Ultimately, that is what leads to us meeting our targets as a country, and meeting our international commitments. The simple fact is...we can’t meet our Paris climate agreement commitments without phasing out the oilsands by 2050.”

The report also cites an April 2017 research note by Moody’s Investors Service that states that carbon pollution policies around the world — as well as new transportation technology, the spread of renewable electricity and shifting consumer preferences — are combining to create “significant credit risk” for the oil and natural gas industry.

All of the features that the Moody’s report says puts oil and gas reserves at risk — things like high operating costs, large upfront capital costs, and a high carbon content in production — are present in the oilsands, the Parkland Institute report argues.

Given these risk factors, it may become too financially and environmentally costly to continue extracting fossil fuels from the oilsands, which could lead to the value of oilsands corporations dropping, the report states.

“Alberta’s oil sands industry is a carbon bubble—a petroleum-oriented economy that has a high risk of instability, crisis, and even collapse,” the report states.

Editor's note: This story was updated on Jan. 31 at 9:15 a.m. EST to include a statement from Husky, and to clarify the nature of questions sent to the companies.

"That is not news, but that

"That is not news, but that too is reality."
Peter Trueman

Just more of the industry's dirty, and not so little secrets that this government keeps ignoring.

And who will clean up the

And who will clean up the colossal environmental mess left behind? Will Canadian taxpayers essentially be forced into a trillion dollar bailout even if the giant oil companies are gone?