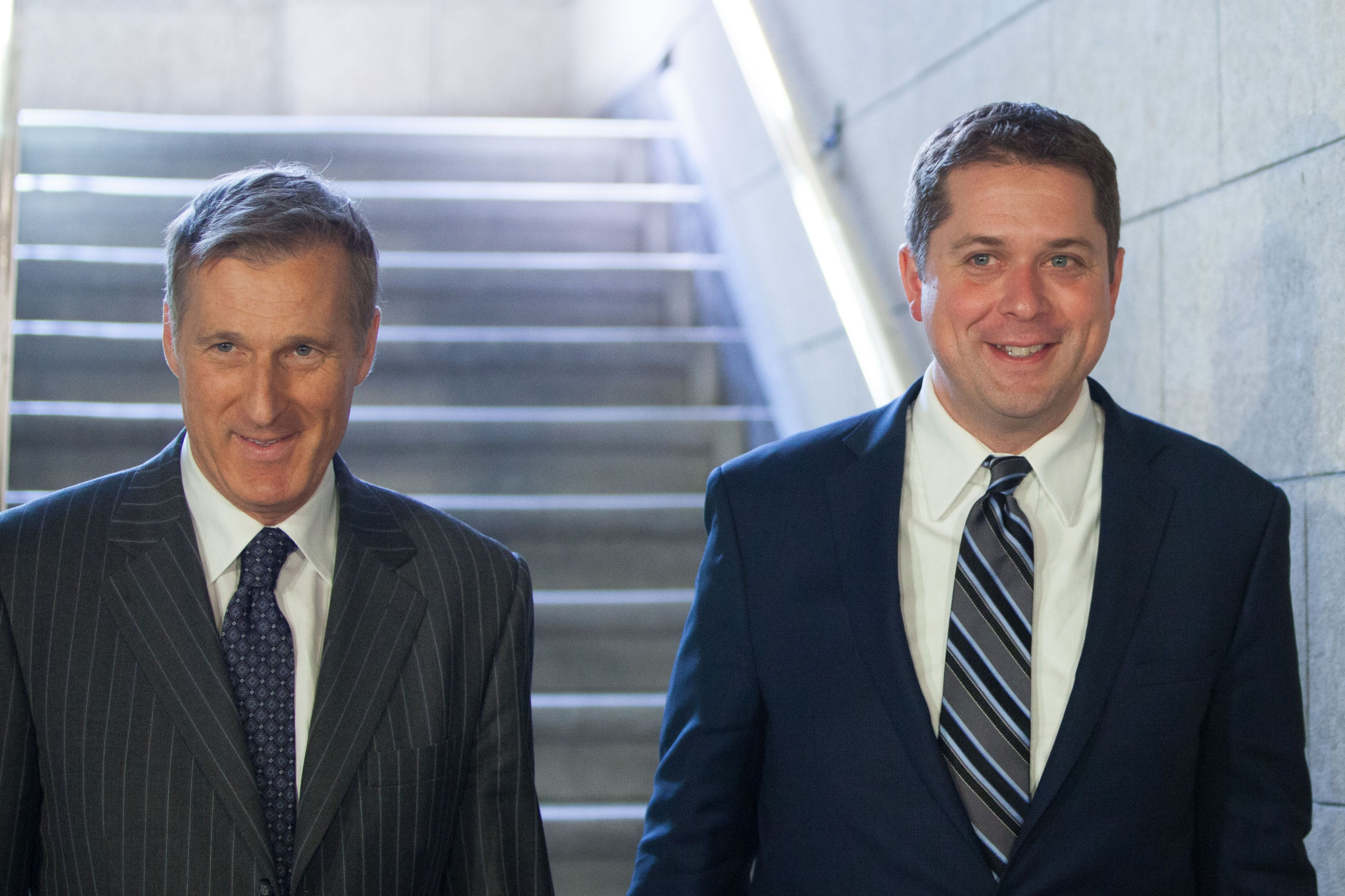 Quebec MP Maxime Bernier, who wants answers from the Tories on the Rick Dykstra affair, is seen here with party leader Andrew Scheer on May 30, 2017. Photo by Alex Tétreault
Previous story
Next story

One of the most prominent members of the federal Conservative caucus is demanding answers from the party about the Rick Dykstra controversy.

Quebec member of Parliament Maxime Bernier, who finished a close second to Andrew Scheer in last year's leadership vote, says he wants to know why the disgraced former MP was allowed to run in the 2015 election.

Dykstra stepped down as president of the Ontario Progressive Conservatives amid allegations of sexual assault dating back to his time on Parliament Hill — accusations that were known to the federal party when they allowed him to seek re-election in his southern Ontario riding.

Speaking before weekly caucus meetings on the Hill, Bernier says the party had the facts at the time of the allegations, and so must explain to caucus members exactly what happened.

Bernier, who insists he knew nothing of the allegations against Dykstra or former Ontario Conservative leader Patrick Brown prior to the media reports that led to the pair's political downfall, says he's concerned Dykstra was even allowed to run in the 2015 election.

Ontario MP Lisa Raitt, another former leadership hopeful, says Scheer has made it clear that the party currently has a "zero tolerance" approach to sexual misconduct and will ensure that complainants and those who are accused of misconduct each have a process to follow.

"I don't know why the party didn't do anything at that time and they have to answer these questions," Bernier said Wednesday in Ottawa on his way into the Conservative caucus meeting.

"The party must respond. They're the ones who had these facts at the time and I think that they have to tell us what happened."

Whatever may have transpired in the past is beyond the control of the party's current caucus, Raitt said.

"All that I can control and all that the leader can control is what we do going forward. His clear message to caucus was given last week: zero tolerance. That's it. So, just because something happened in the past does not mean it's going to be the same way going into the future."