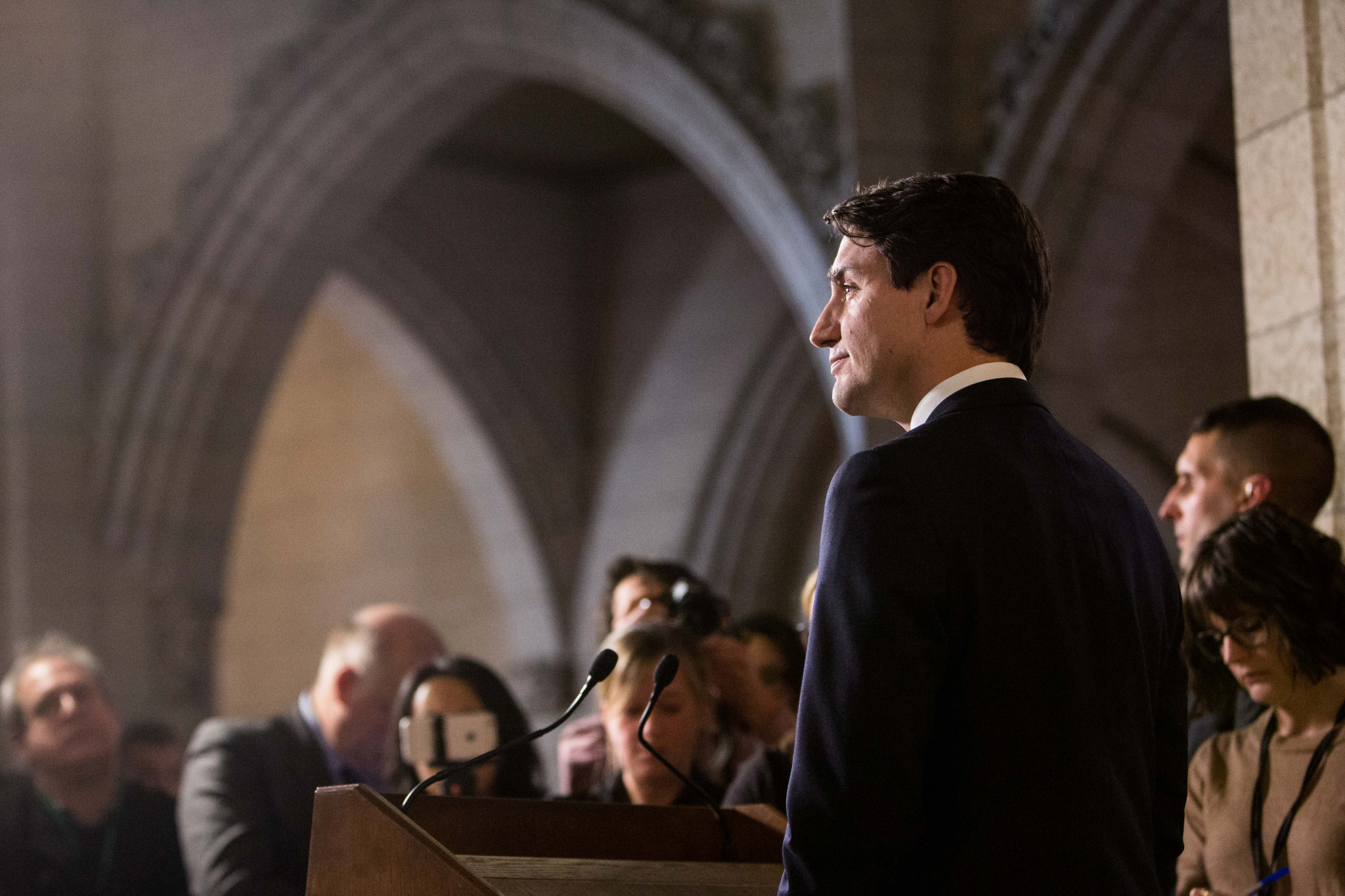 Prime Minister Justin Trudeau speaks to reporters outside the House of Commons in Ottawa on Dec. 20, 2017 following the release of a report concluding that he violated Canada's ethics law. File photo by Alex Tétreault
Previous story
Next story

The latest spat between B.C. and Alberta over the Kinder Morgan pipeline has given climate activists across the country a chance to have a lot of fun. But it’s also causing a backlash among many mainstream Canadians who are saddened by the divisiveness, feel that “both sides” are being childish, and yearn for a reasonable compromise.

Canadians, of course, pride ourselves on being fair, middle of the road people. That’s why Stephen Harper’s most methodical efforts to change our culture to become more extreme didn’t take hold, and maybe even why he lost the last election. When you lose the centre, you lose Canada.

So is there a reasonable, middle way forward on the Kinder Morgan pipeline?

The two kinds of climate denial

Denial of the science of human-caused climate change is quite low in Canada, though it’s higher than one would expect, especially in regions where fossil fuels contribute significantly to the economy. Recent writers have pointed out however there is a second kind of climate denial, found in many well-read people today. It’s one that accepts the science, but then denies (or is overwhelmed by) the implications of what it really means for our economy and way of life.

New research uncovered in the last four years shows that in order to keep global temperatures below 2 degrees Celsius, we not only need to transition to clean energy fast, we must leave most of today’s fossil fuel reserves in the ground. This simple “climate math" has been agreed upon by the World Bank, Pentagon, Bank of England, and International Energy Agency.

What’s with all the fighting?

Many reasonable people question the increasingly confrontational tactics of climate activists. I get it, our movement has done a lot of shouting, and the urgency with which we demand faster change may not stir people who prefer stability and incremental change over disruption and uncertainty.

The kind of Canada I would be proud to live in would, just like we did in both World Wars, be among the first rich countries to go all in on climate leadership.

But here’s why we’re shouting: maybe technology (that doesn’t exist yet) will save us and we can make up some time in 30 years.

Here’s the real problem: the fossil fuel industry and governments who own oil reserves have, in their balance sheets and growth plans approved by shareholders today, enough fossil fuels to take us to a 5 or even 6 degrees Celsius world, and they know it. And, they are spending hundreds of billions every year looking for more new oil.

Remember that New York Magazine piece that was it’s most read article ever? That’s the world the fossil fuel industry is literally banking on us hitting. It’s The Uninhabitable Earth.

I regularly hear Canadians are tired of the “pipeline wars.” Why can’t we all just be friends, find a good down the middle solution, and get on with our lives? That’s essentially what the Trudeau government is trying to do now, and I know many Canadians really, really want to believe that “just a little” climate action will be enough.

Unfortunately, the time for the kind of change that allowed us to cut a few emissions here while continuing to dig and burn as much as want over there was in the 1980’s. It’s 2018, and the math simply doesn’t stack up anymore.

Look, I’d love if I didn’t have to spend my days fighting well resourced and politically powerful energy companies. But these companies have shown no capacity for adaptation or self-restraint. They’ve spent 40 years and hundreds of millions of dollars fighting a battle for hearts and minds of our politicians and our culture, deliberately distorting climate science, attacking scientists who sound the alarm, and attacking even tiny restrictions governments have tried to impose on them.

When was the last time you saw a public company - an extremely powerful and profitable one - willingly give up its assets and business model for the greater good of humanity?

So if you’re unwilling to challenge these companies now, just when exactly will you be comfortable doing so? When we’re in that uninhabitable world?

What about all the lost Alberta jobs?

The final argument, and it’s a good one, is that Alberta is hurting, and they need the jobs. Too often climate campaigners like me have been insensitive to this hard truth. I for one have come to realize that pocketbook issues matter first, and most, to people, and that our movement’s lack of sensitivity to the fate of workers and communities has caused us all a lot of harm.

The good news is, the changes we need in our energy system will greatly improve regular people’s lives. Clean energy is now cheaper than fossil fuels, and gets more so by the year. It brings better jobs, and lots of them, closer to home. And the nature of a new energy system dominated by renewables will bring households, communities, and businesses more control over their energy bills. These are all big wins for regular people.

It’s true that certain asset holders and regions like the oil sands, will be losers, in the short term. But there will be just as many winners in the clean energy boom, along with all the other benefits above. We’re a rich country, and we could invest our way out of this mess with a Marshall level plan focused on transitioning Alberta, and make any pain pass very quickly.

But this argument also poses a bigger, moral question. How long can one justify protecting a few hundred thousand jobs, at the cost of the lives and livelihoods of hundreds of millions or even billions of people around the world? When does that become the unreasonable choice?

Canada could be the coolest country in the world

The kind of Canada I would be proud to live in would, just like we did in both world wars, be among the first rich countries to go all in on climate leadership.

We’d agree to a legislated, permanent cap on not only climate emissions but fossil fuel extraction consistent with our Paris targets, i.e. that two-degree world. By investing public money in retraining and renewables, we could literally create a new job for every old one lost in the transition.

We would make sure Indigenous communities, last in line for a share of Canada’s wealth for hundreds of years, were first in for the benefits of the new, decentralized clean economy. We would open our borders to take in climate refugees. We would set an example for the world of an open, compassionate Canada by taking the lead in caring for people, rather than cowering behind one giant dying industry.

As someone who takes in what the science of climate change is telling me, that is the reasonable approach. It’s time to shift to the middle.

Jason Mogus is the principal of NetChange Consulting and is an advisor to campaigners and senior leaders around the world. He lives on Salt Spring Island, B.C.