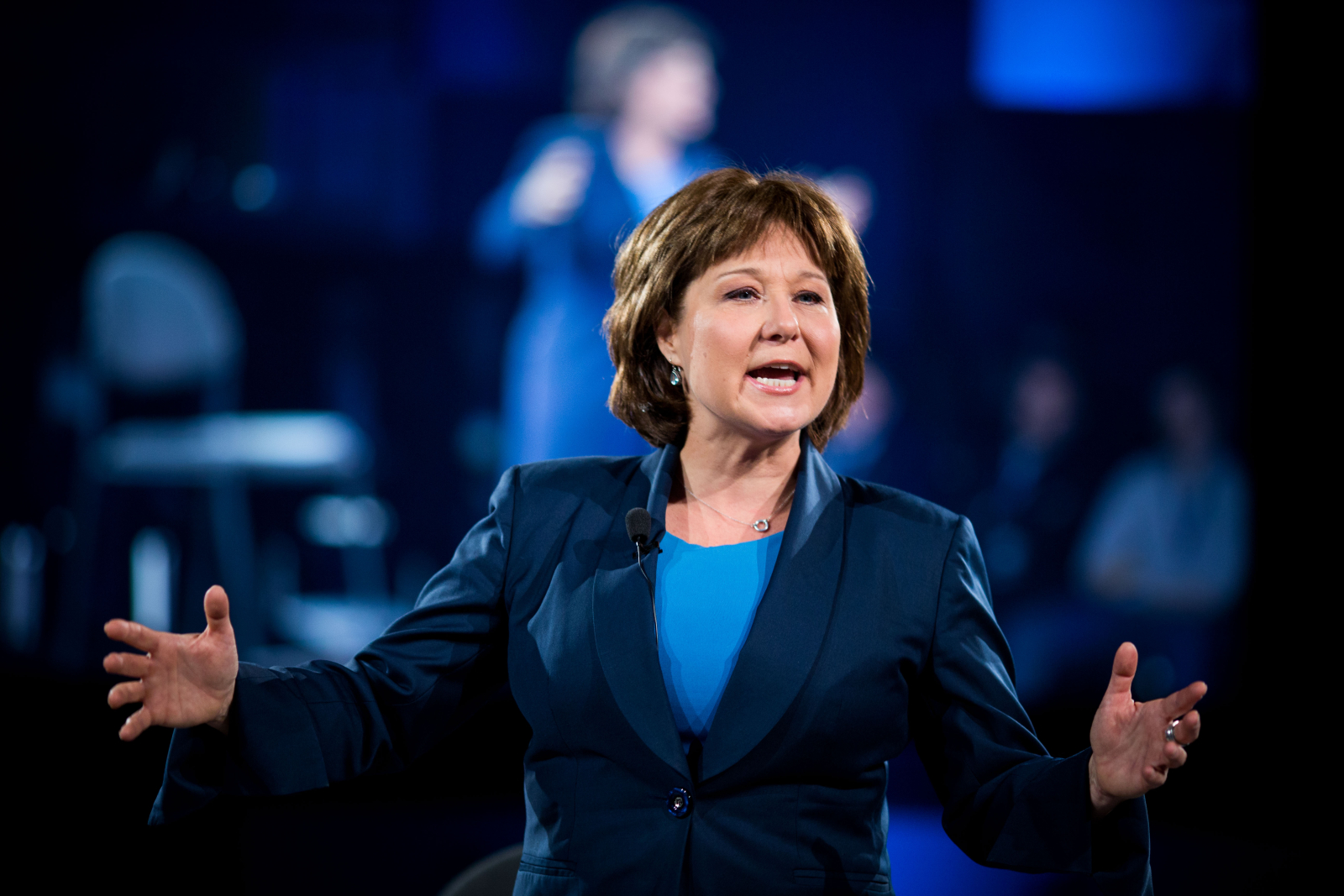 At the Manning Networking Conference in Ottawa, Clark delivered her first public speech since she resigned as premier of B.C. last year. Speaking to gathered conservatives, she emphasized the importance of oil pipelines and liquefied natural gas.

Last month, Horgan's government proposed to restrict passage of oil through British Columbia until it could better understand the impacts of spilled bitumen.

“I think what the current government in British Columbia is doing is intentionally trying to frustrate the pipeline. It is not legal, it is unconstitutional and it is really bad for Canada. You know in this country we set rules, we set goalposts, and you can’t change them halfway through," Clark told reporters at the Shaw Centre.

"You know, it’s not just about the pipelines, it’s not just about natural gas, it’s about all of the jobs and all of the people who are going to find themselves out of work when investors around the world don’t want to come to Canada anymore. And that’s really what’s at stake here... It’s so important that the rule of law and the Constitution be respected.”

The Horgan government's decision to restrict the mobility of Alberta oil has kicked off a trade dispute between the two provinces. This week NDP Premier Rachel Notley threatened to stop importing B.C. wine.

"I think a trade war always gets you an expected result," Clark said briefly.

A major part of the conflict between the two provinces is the $7.4 billion Trans Mountain pipeline expansion, proposed by Texas-based energy giant Kinder Morgan. The expansion would triple the capacity of the existing Trans Mountain pipeline to pump up to 890,000 barrels of oil daily from Alberta to a marine terminal in Burnaby. From the company’s Burnaby site, the oil would be shipped to Asian markets in tankers through Vancouver Harbour and then through the waters of the Juan de Fuca Strait shared by British Columbia and Washington State. The B.C. government under NDP premier John Horgan opposes the pipeline, whereas the project was supported under the previous BC Liberal government.

Clark covered a lot of ground while speaking to convention participants, urging conservatives to enlist women in upcoming elections, and discussing the importance of revenue sharing with Indigenous communities.

"It’s not just about the pipelines, it’s not just about natural gas, it’s about all of the jobs & people who are going to find themselves out of work when investors around the world don’t want to come to Canada anymore..." #ChristyClark claims.

But the oil and gas infrastructures she fought for as premier featured prominently in her hour-long speech.

“If Kinder Morgan happens, if LNG happens, Canada – not just British Columbia and Alberta, not just Indigeneous communities — every single Canadian is going to be a whole lot richer,” she said.

“And eco-activists and their enablers are going to argue, as they always do, that resource extraction is bad for First Nations. I passionately argue the opposite, because I believe that if we do it right, moving oil and gas from our west coast over to Asia is going to be a generational opportunity to finally alter the future for Indigenous people in this country.”

This feels like political theater. The process was rigged to make it nice and 'legalish' enough that it's going to steamroll through. Jr. painted himself into a corner now must show this uppity province who's boss else he loses face.

BCNDP doing damage control to at least put up their best fight for best possible outcome. Notley the underdog in an upcoming election and needs to stake her claim as champion of Alberta economy so she starts this big story. Quite smart actually.
Now the bottom feeders from the BCLP are out to get what they can out of this spectacle.

Didn't Christy say she was

Didn't Christy say she was done with public life? Time for her to live up to her promise.

Nice to see you are still

Nice to see you are still around Christie. You leaving Politics was yet another LIE? Hope you can be just as available for the [hopefully] Upcoming BC Corruption Commission Hearings.

The problem with her argument

The problem with her argument is that the National Energy Board did not exercise its duty to act fairly. Even now it does not, as I discovered recently when it refused to follow is own rules.

And then there is the report of the Ministerial Panel; nobody who read it could possibly have approved the Kinder Morgan pipeline.

Kinder Morgan. only lookes for the dollar.not what it will do to our Coast. and our lives and
dreams
Sailing on a oil slick .where do we go from here

How short her memory is, I

How short her memory is, I thought she kept a record of every single mention EVER in Press.

07/24/2012= HUFFPOST
"If Alberta doesn't sit down and talk about it (paying Premier Clark more money from Northern Gateway), the project can't go ahead. It's as simple as that."

Despite the tendency of

Despite the tendency of Canadians to shake their heads and wag their fingers at Third World corruption, Canada has its own fair share of corrupt people and activities. In my view, Christy Clark ranks fairly high on any list of corrupt individuals in Canada.

As the governing party in BC, Clark’s party took significant donations from many companies who were then given free reign to damage the environment as they extracted riches from it. That was particularly true of places like Mount Polley mine. Furthermore, in her ethically challenged mind, she found it appropriate to approve Site C, overlooking the report by the report by the commission to evaluate the project that recommended against the project. This will result in another huge debt on British Colombians.

Clark also said there were five conditions for Kinder Morgan to go through but none of them included acknowledging the November, 2015, report of the Royal Society of Canada financed at least in part by CAPP, that suggested that there really was no knowledge base about how diluent and the tar from the tar sands would react in water and that research was needed.

But someone as ethically challenged as Clark wouldn’t give a damn about future debts to be paid off by British Columbia citizens. As long as she got her cut was happy.

It is totally consistent that Christy Clark would be asked to speak to the morally and ethically challenged group of people assembled at the conservative Manning Institute.