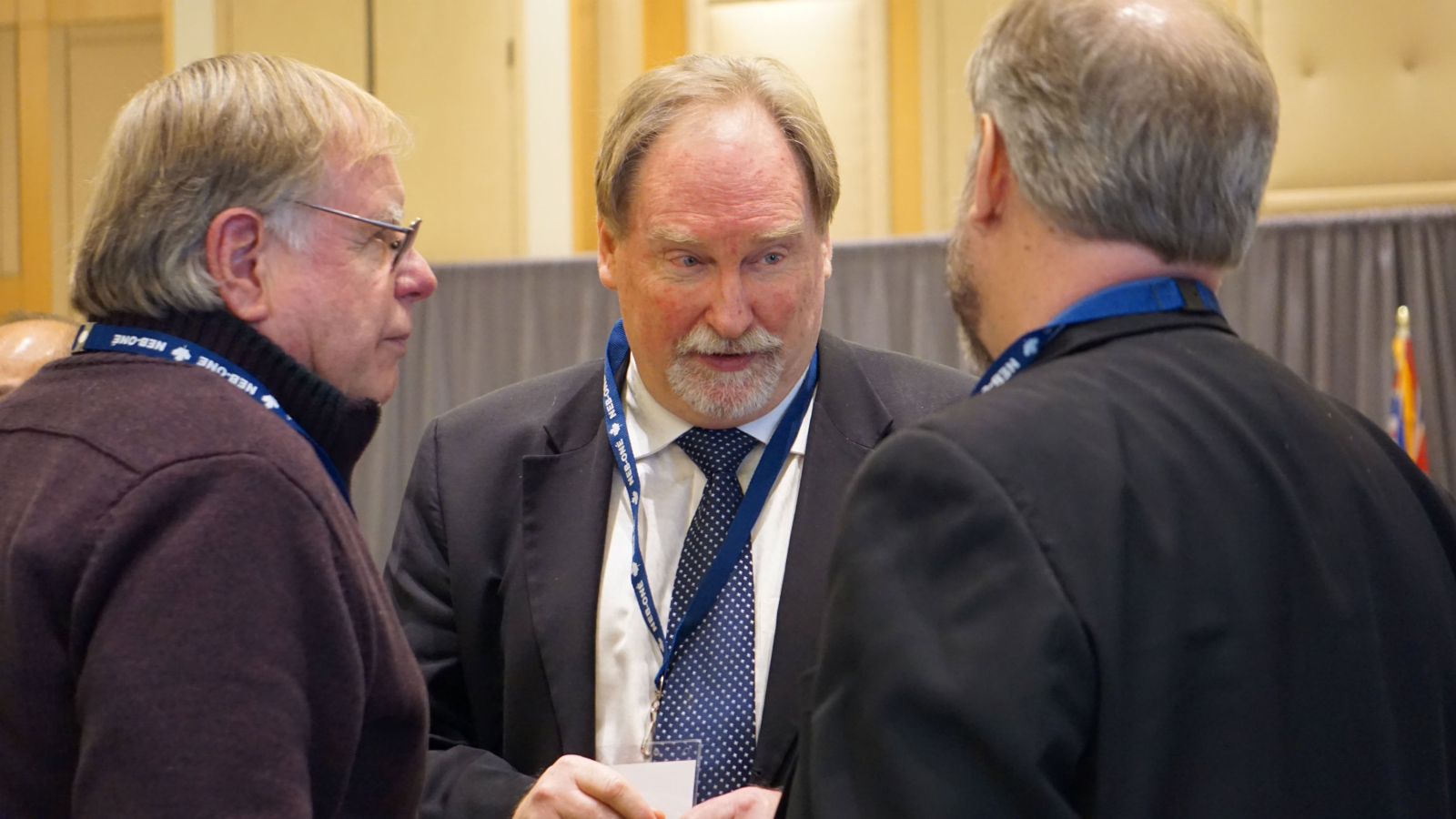 File photo of City of Burnaby legal counsel Gregory McDade by Elizabeth McSheffrey. The City of Burnaby is challenging the National Energy Board's decision that Kinder Morgan can bypass municipal bylaws to begin construction on a pipeline expansion.
Previous story

The City of Burnaby is appealing the National Energy Board’s decision that Kinder Morgan did not have to abide by two Burnaby bylaws in the process of building the Trans Mountain pipeline.

The documents were filed in the Federal Court of Appeal on the same day, February 15, that the NEB announced Kinder Morgan can begin construction of its Trans Mountain pipeline expansion at the Burnaby Mountain tunnel entrance.

Burnaby is appealing on the grounds that the NEB in December said Trans Mountain did not have to abide by Burnaby's tree bylaw and its zoning bylaw, the appeal documents show. If Trans Mountain followed the by-laws, it would have had to get a tree-cutting permit and preliminary plan approval from the city.

Burnaby is questioning the jurisdiction of the NEB, saying that as a national energy regulator the board does not have expertise or authority over municipal processes and, as such, it should not be able to assess them. Burnaby also says it was not given a chance to provide its own evidence about the bylaws.

"I think the real issue here is the credibility of the NEB," Gregory McDade, lawyer for the City of Burnaby, told the National Observer. "They may have expertise as an energy regulator, but they really don’t have any expertise in municipal processes, or provincial processes or environmental processes or public interest issues. We need to reform the entire process and in our view, we’re not getting a fair hearing from the NEB and that’s why we need to appeal to a real court."

The NEB reviewed the permitting process and found that Burnaby's "inaction" and failure to assess Trans Mountain's applications "in a timely and reasonable manner," rendered the bylaws constitutionally inapplicable, the court documents say. Burnaby is arguing that this is a new area of Constitutional law and that there was no evidence of political interference or intentional delay on the part of Burnaby.

"Burnaby put the pipeline through the same process any developer goes through for any major project and it takes a long time. The NEB … just decided that in their opinion it was unreasonable to take that long," McDade said.

If the Federal Court of Appeal agrees to hear the case and sides with Burnaby, it wouldn't stop the pipeline, but it would mean Trans Mountain would have to go through the permitting and tree-planning process.

This new case comes as the battle over the pipeline is growing. In January, the B.C. government announced measures that could result in restrictions on diluted bitumen transiting through the province, a move widely seen as an effort to hinder the pipeline expansion. In return, the Alberta government has said it will stop buying B.C. wine.

The project, if built, will triple the capacity of the existing Trans Mountain pipeline to move up to 890,000 barrels a day of petroleum products including diluted bitumen from Alberta to Burnaby. The City of Burnaby has opposed the pipeline expansion project for years and argued against it at the NEB hearings in January to examine its route. In 2014, Burnaby Mountain was the site of large protests over the pipeline expansion, during which more than 100 people were arrested.

The federal government approved the Trans Mountain expansion in November 2016, subject to 157 environmental, financial and technical conditions. In an interview on Tuesday with National Observer, Prime Minister Justin Trudeau said the Trans Mountain expansion was “part of the equation” as early as 2015 in order to bring Alberta on board with a national climate framework.

Trudeau also said that he was getting frustrated with B.C. Premier John Horgan and other anti-pipeline opponents, warning that their antics threatened to scuttle the government’s national climate change plan and Canada’s commitment to the 2015 Paris Agreement.

The federal court of appeal hears cases about how federal legislation is applied and considers the law in the specific provinces or territories. It can hear appeals from judgments of the Federal Court and the Tax Court of Canada, as well as reviews of 17 federal boards and tribunals.

The federal court usually takes a couple of weeks to decide whether it will hear an appeal, McDade said. If it does decide to hear the appeal, and McDade says he’d be “shocked” if it doesn’t, a hearing and a decision will take several months.

Trans Mountain did not respond to a request for a comment on the appeal filing.

Good for Burnaby! Doing what

Good for Burnaby! Doing what governments are supposed to do...serve the interests of their citizens. But will the courts go with that or the captured and Big Oil serving Federal government?

We all remember the famous

We all remember the famous statement of Trudeau's to buy the B.C. vote (paraphrase) "Its not governments that decide on large energy projects - its communities." So what happened to that sentiment? Did Rachel give Justin a call?

If Kinder Morgan shows the

If Kinder Morgan shows the same degree of incompetence as it did in responding to my April 2017 ‘Statement of Opposition’, it will take it a year to get any permit from Burnaby.

Trudeau
when you read between the lines it,s all lies. i shudder to think of the damage he could do.
this is a test of our very commons .west against the east .my Ocean that you have never Seen
Burnaby it,s getting intersting