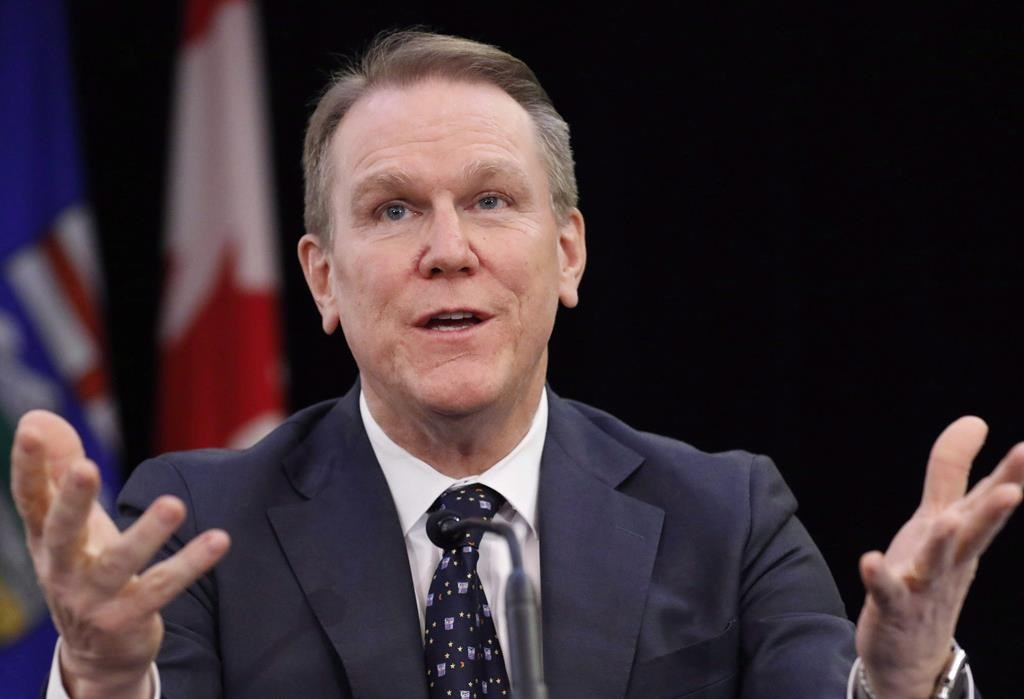 Two years after a blue-ribbon panel called on the Alberta government to encourage partial upgrading of bitumen from the oilsands to enhance value and free up more pipeline room for exports, the idea remains years away from commercialization.

In its royalty review report in January 2016, the panel led by ATB Financial CEO Dave Mowat pointed out that if heavy, sticky bitumen were partly upgraded, there would be less need to add light petroleum to dilute it so it will flow in a pipeline — meaning as much as 30 per cent more bitumen could be stuffed into existing pipelines.

It would also boost profits because companies wouldn't have to buy diluent, which is generally priced in line with New York-traded West Texas Intermediate oil, the report said.

Diluted bitumen as represented by Western Canadian Select crude currently sells for considerably less per barrel than WTI, a discount that has doubled in recent months from typical levels due in part to pipeline capacity constraints. The wider differential means Alberta producers are missing out on hundreds of millions of dollars in revenue.

"An engineering study is now underway with our oilsands partner for a large-scale Enhanced JetShear facility. We should know more about the timing of an investment decision later this year."

The company is partnering with oilsands producer Cenovus Energy Inc., aided by a $3.7-million federal grant approved in 2015 from Sustainable Development Technology Canada.

"We're seeing some positive indications but I think we're still in what I would call the R and D stage," he said. "It isn't something we're going to be rolling out on a commercial basis in the short term."

Fractal said it has processed more than 225,000 barrels of diluted bitumen trucked to a 1,000-barrel-per-day pilot plant from steam-driven oilsands operations in northern Alberta. The facility succeeded in reducing the need for diluent by up to 53 per cent while improving oil quality through the reduction of olefins and acidity, the company said.

Fractal president Ed Veith said a 50,000-barrel-per-day Enhanced JetShear facility at an oilsands project is estimated to cost about $275 million to build. It would result in savings from lower transportation and diluent costs of about $7.50 per barrel, based on 2017 average prices.

However, proving partial upgrading technology works is one thing, while putting it into practice is another, said Kent Fellows, research associate at the School of Public Policy at the University of Calgary.

"We're probably looking at measuring in years, definitely not in weeks or months," he said. "There is a lot of risk still in this, which has the potential to kill it in the nest before it gets out."

Fellows said producers looking to invest must ensure positive results from small pilot plants will be duplicated on a larger scale. They also need to make sure their customers will be willing to pay to use the resulting crude in their refineries. And the projects have to be able to pass regulatory hurdles.

Raw bitumen shipped to the U.S. Gulf Coast is processed in Texas, which has no carbon tax, he said. If it's partly upgraded in Alberta, the producer will have to pay Alberta's carbon tax on any emissions from the process — even if, as technology developers promise, the overall greenhouse gas emissions wind up being slightly lower.

Fractal has been in touch with the Alberta government about the carbon tax issue, Gasca said, but it's unclear whether anything can be done to address it.

A School of Public Policy report funded by Alberta Innovates, the province's applied research arm, suggested a year ago that a 100,000-barrel-per-day partial upgrading facility could add $10 to $15 of value to each barrel of bitumen.

It listed 10 pre-commercial technologies that have been tested or proposed for deployment in Alberta.

Alberta Innovates has hired an engineering firm to produce a report to be delivered by the end of February that will evaluate pre-commercial partial upgrading technologies.

About 60 per cent of Alberta’s oilsands production is shipped in its raw form. The rest is typically upgraded into synthetic crude oil, a light product that flows easily in a pipeline and usually fetches near-WTI prices.