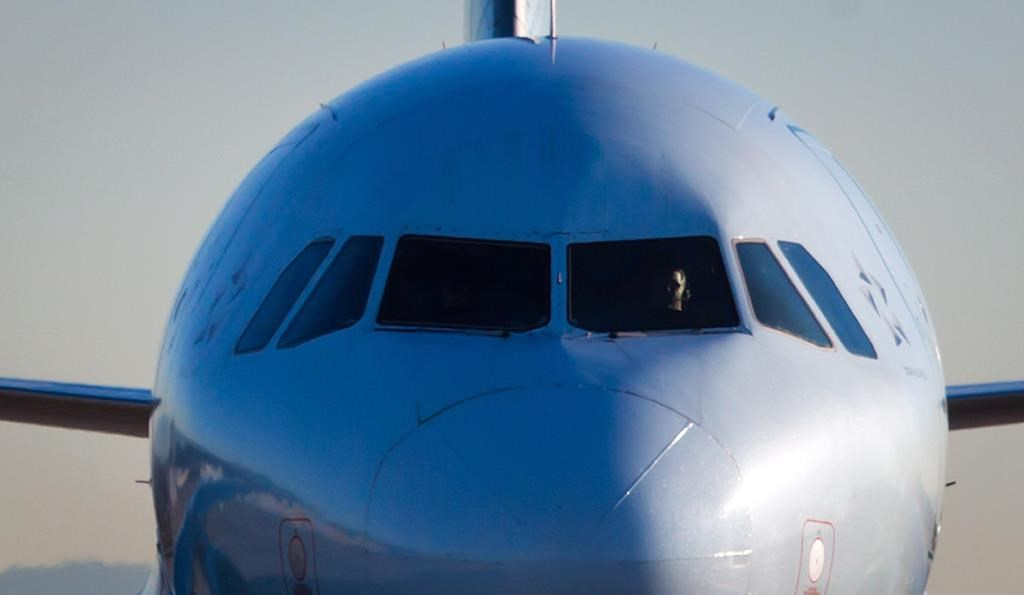 A pilot taxis an Air Canada Airbus A320-200 to a gate after arriving at Vancouver International Airport in Richmond, B.C., on Monday February 3, 2014. File photo by The Canadian Press/Darryl Dyck
Previous story
Next story

Parents of young children and a national Muslim group are welcoming a federal budget commitment to address fairness and privacy concerns with Canada's no-fly list.

The budget sets aside $81.4 million over five years, starting in 2018–19, and $14 million a year ongoing, to remake the much-maligned no-fly program. The money will go to the Canada Border Services Agency, Public Safety and Transport Canada.

Families from the group known as the No Fly List Kids successfully pressed the government to redesign the system after many nerve-racking airport delays due to children being mismatched with people on the no-fly roster.

Zamir Khan, whose three-year-old boy Sebastian has been repeatedly delayed at the check-in counter, applauded the federal announcement. Khan said he looked forward to "that day where I can travel with my son without having to worry about him being flagged any more."

The federal money will be used to develop "a rigorous centralized screening model" as well as a redress system for legitimate air travellers caught up in the no-fly web, the federal budget plan says.

Parents and children from No Fly List Kids came to Ottawa in November to make their case to MPs and ministers with the aim of ensuring that funding for a new system to end the glitches was included in the budget.

The group enlisted support from MPs of all stripes who wrote letters to encourage Finance Minister Bill Morneau to allocate the money.

Those affected say the mistaken matches frequently involve Muslim- or Arabic-sounding names, raising the question of charter of rights guarantees of equality under the law.

The National Council of Canadian Muslims called the federal plan "a welcome step forward," noting the council has documented numerous cases of persons wrongly flagged on the list.

"In each instance, the inability of victims to access basic information about their file and to subsequently clear their names is deeply concerning," council spokeswoman Leila Nasr said Tuesday.

The revised program will help ensure that privacy and fairness concerns are addressed, while keeping Canadians safe, the budget plan says.

The legislation being studied by MPs would amend the Secure Air Travel Act to allow the public safety minister to tell parents that their child is not on the Canadian no-fly list, meaning the name simply matches that of someone who is actually listed. The government says this would provide assurance to parents about their child's status.

The bill, part of a broad package of security-related measures, would also allow federal officials to electronically screen air passenger information against the list, a process currently in the hands of airlines.

The government says this would prevent false name matches by enabling it to issue unique redress numbers for pre-flight verification of identity. But it also means creating a new computer system to do the job.