From the highest of highs to the lowest of lows, here's the buzz on Budget 2018 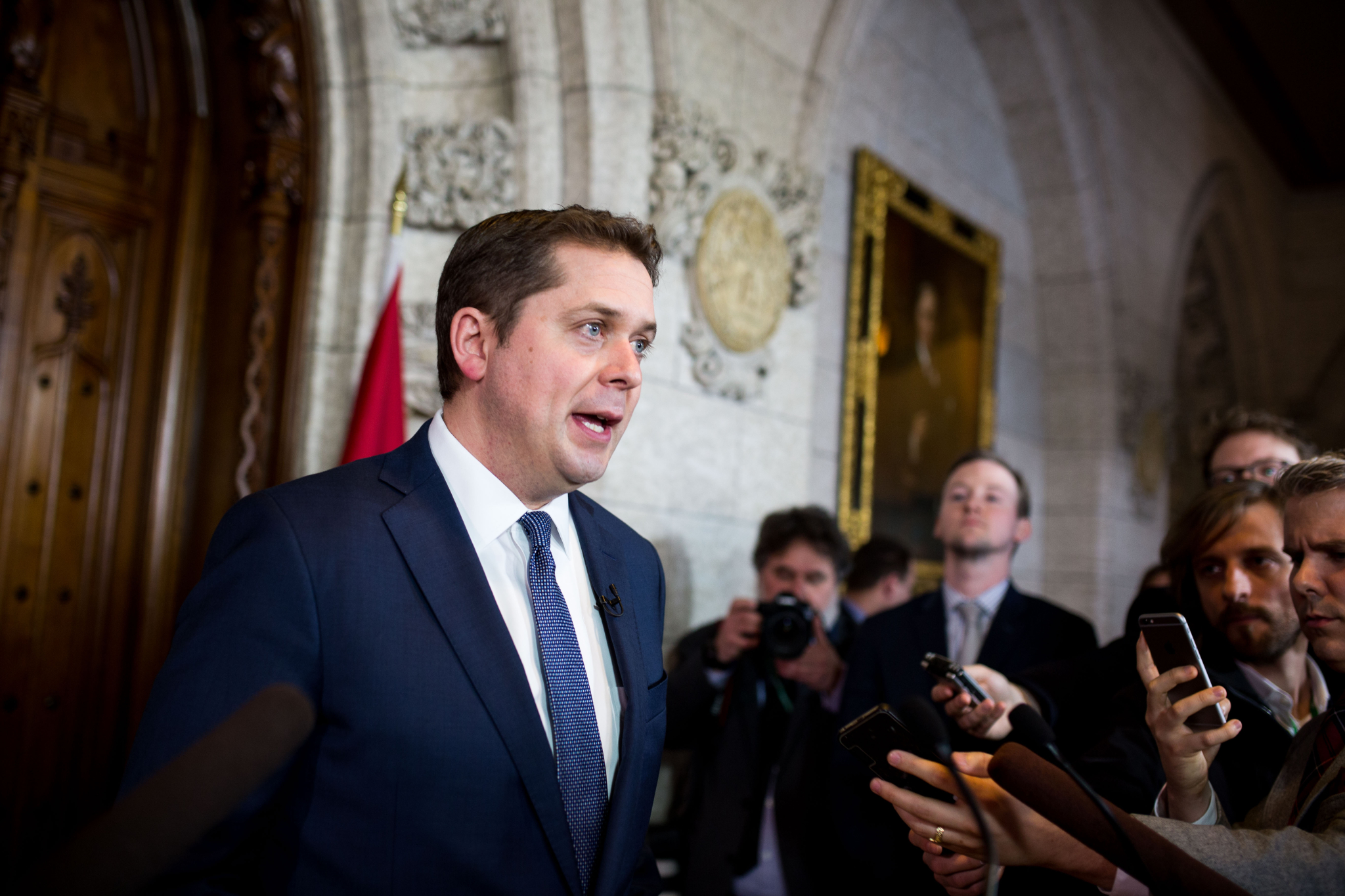 Finance Minister Bill Morneau tabled a brand new federal budget on Tuesday, one he believes will tackle inequality in Canada, "double down" on investments for the middle class, and in general, "put people first."

Budget 2018, Equality + Growth: A Strong Middle Class, was presented in the House of Commons around 4 p.m. Eastern, where it was jeered by Opposition Conservative MPs and applauded by the ruling Liberals.

Highlights include $5 billion in additional spending on Indigenous programs and services, commitment to pay equity legislation and equal opportunity for women and girls, and the death of the troubled Phoenix Pay system, among other things.

The budget received mixed reviews from politicians and stakeholders, some of whom applauded its generosity, and some of whom despaired over rising projections of federal debt. According to the Canadian Taxpayers Foundation, for example, Budget 2018 is on track to the government $730 billion in the red by 2022.

Here's the buzz on Canada's new financial plan, in a mix of press statements and interviews with National Observer.

"What this government gives with one hand, it takes with another. This year’s budget again shows us what this Liberal government is all about. They always choose government before people. Conservatives will put people first.” — Conservative Party leader Andrew Scheer

Never has a Prime Minister spent so much to achieve so little. Despite last year’s economic good fortune, Justin Trudeau has failed once again to deliver the results that matter to Canadians My statement on #Budget2018: https://t.co/r6PZJorFzM pic.twitter.com/ezwgIlWWoy

“There is not a single dollar dedicated to the implementation of universal pharmacare, and in the meantime millions of Canadians are having to spend less on food in order to afford their prescriptions or having to skip their medicine all-together. The millions of Canadians who can’t afford their prescription drugs don’t need another study; they need their leaders to find the courage to act immediately.” — NDP finance critic Peter Julian

The millions of Canadians who can’t afford their prescription drugs don’t need another study, They need their leaders to find the courage to act.

“The Paris target of holding global average temperature at no more than 1.5 degrees C above Industrial Revolution levels is a fundamental goal that should involve a whole-of-government approach. I had hoped to see some of the climate measures that were introduced in the 2005 budget. In that era, a minority Liberal government brought in Eco-Energy retrofits for homeowners, rebates for hybrids and EVs, an initiative to expand our east-west electricity grid, and many other programmes to move us towards climate goals." — Green Party leader Elizabeth May

"The good news is this budget largely holds the line on spending. The bad news is the government has once again failed to tackle the structural deficits it created in the 2016 budget and which will add $80 billion in new federal debt by 2022... Slush funds for corporate welfare and regional development are being consolidated and rebranded, in some cases with more money. There’s even $50 million for failing newspapers and another taxpayer bailout for the Canada Media Fund." — Canadian Taxpayers Federation federal director Alan Wudrick

“This budget’s gender analysis can be commended for covering most bases and closing gaps in pay and employment in the future. But the biggest base that it misses is national, affordable child care. It is hard to talk about gender equality without it, but this budget manages to. The additional five weeks leave for a second parent is a welcome development. But it is not a replacement for affordable universal childcare.” — CCPA researcher Kate McInturff

Today's journalism funding announcement, while welcome, is “a pittance” compared to the huge financial hole in which many media organizations find themselves, @DavidMacCdn tells @globalnews #budget2018 #cdnpoli https://t.co/4Xo0OoyJ9O

"We're pretty thrilled with the outcome. There's a lot of money for science in the budget. The biggest news for us is the money for the granting councils, $925 million over five years, starting with $115 million in 2018. This is basically the base money that supports investigator-led, fundamental research at universities across Canada, and it's really where the science community has been asking the government to put investments. It's clear that the government listened. The other file that we've been working a lot on is climate science, and the Climate Change and Atmospheric Research Program that expired in 2017 there wasn't a clear replacement for it in the budget, so certainly that's something we're going to follow up on. It could be funded through one of these other pots, but time will tell." — Evidence for Democracy executive director Katie Gibbs

On Budget 2018's allocation of $1.3-billion to meet international commitment to protect 17 per cent of Canadian land and 10 percent of water by 2020:

“Canada has made a bold investment in protecting the lands and waters we all depend on. We are encouraged by the recognition that Indigenous Peoples will play a central role in reaching Canada’s goals, and we look forward to learning more about how they will support and collaborate with Indigenous Peoples in planning, creating and managing new protected areas. Indigenous governments across the country are creating land use plans, identifying protected areas and proposing national parks. Dedicated funds are needed to support more land use planning and accelerate Canada’s progress toward the goal of protecting at least 17 per cent of lands in the next two years.” — Valerie Courtois, the director of the Indigenous Leadership Initiative

“Canadian business asked the government to focus on fundamentals like the growing competitiveness gap, the need to attract more private sector investment and presenting a realistic plan to balance the government’s books. Although the budget sets out many positive measures, including support for women entrepreneurs, a clearer path to Indigenous self-determination and improved skills development, it doesn’t address the most basic issues facing our economy. The cost of running a business in Canada is rising rapidly. Without a strong private sector, there’s no way to pay for all this spending, except by sending the bill to our kids.

“The United States is undertaking the most massive tax and regulatory update in generations. Meanwhile, Canadian governments are moving in the opposite direction by increasing costs and adding to the regulatory burden. We urgently need federal leadership to close that competitiveness gap to prevent the loss of billions of dollars of investment from Canada.” — Perrin Beatty, president of the Canadian Chamber of Commerce

"Today’s federal budget is good news for the City of Ottawa and its residents, as it includes the necessary funding for us to proceed with the joint Central Library project with Library and Archives Canada. Like many municipalities across Canada, our social housing units have a maintenance backlog that needs to be addressed rapidly. Although we welcome the long-term housing initiatives announced last year by the government, including the new National Housing Strategy, we need the funds for these much-needed social housing repairs to flow quickly to municipalities so we can deliver change for our residents in need." — Ottawa Mayor Jim Watson