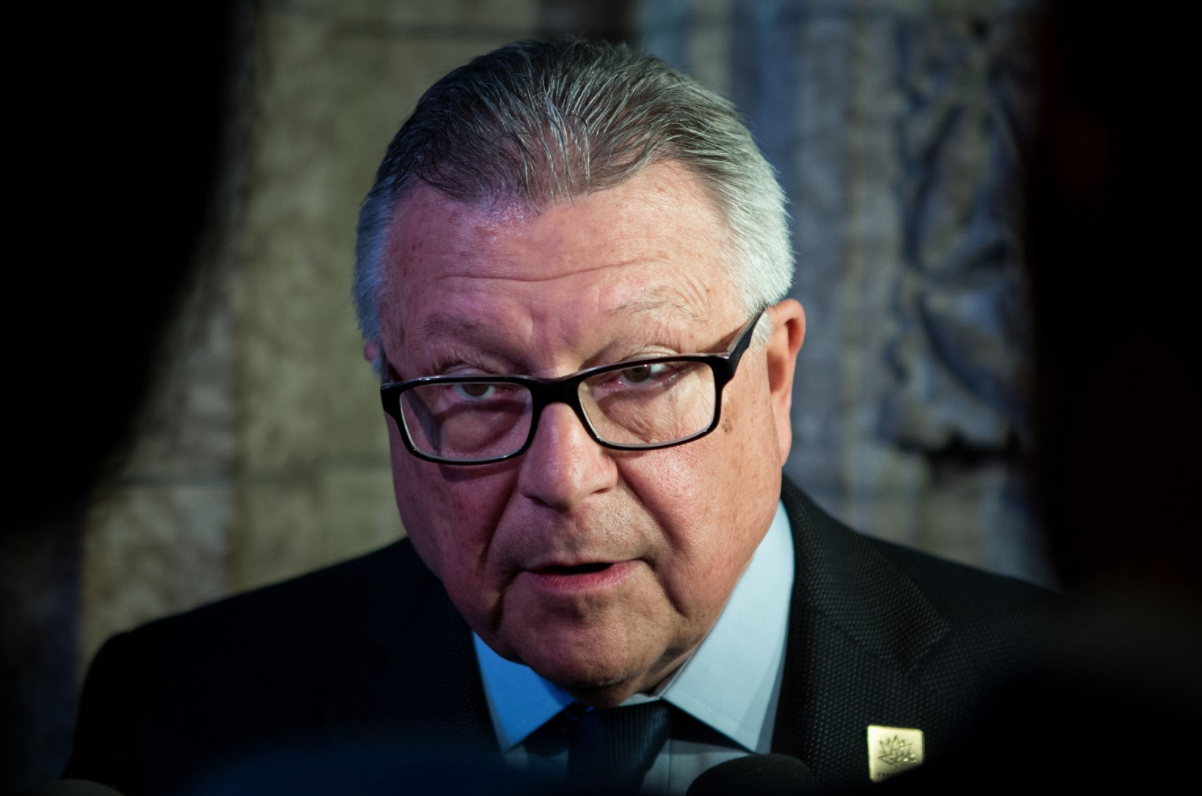 Canadian spies will be allowed to launch cyber disruptions against terrorist activity or foreign states and will be subject to new oversight under measures the Trudeau government argues will strengthen Canada's safety and accountability.

"Its two overarching goals are to keep Canadians safe, and to safeguard our rights and freedoms,” Goodale told reporters, introducing Bill C-59 in Ottawa on Tuesday.

The bill received mixed reviews from watchdogs and politicians, who say the proposed reforms leave too much of Bill C-51 intact and fall short of Trudeau's original election promise.

The new bill releases Canada’s electronic spy agency, the Communications Security Establishment (CSE), from the confines of the law governing Canada’s defence ministry, empowering it with stand-alone legislation and major new powers. A National Security and Intelligence Review Agency would be established for oversight and an independent Intelligence Commissioner would be assigned to pre-approve some of its spy activities.

CSE's current mandate allows it to spy on foreign nationals, secure the government’s computers, and offer its services to other law enforcement and security agencies. The new bill would add two new powers: defensive and offensive cyber capabilities.

"As technology changes...those who seek to disrupt our way of life are changing as well,” said Defence Minister Harjit Sajjan, who announced the proposals with Goodale in Ottawa.

According to the proposed bill, the agency would be allowed to “degrade, disrupt, influence, respond to or interfere with the capabilities, intentions or activities of a foreign individual, state, organization or terrorist group as they relate to international affairs, defence or security."

Sajjan said CSE would have the "ability to prevent an attack...rather than waiting for an attack to occur.”

As it stands, if a foreign government attacks Canadian infrastructure, the spy agency can only throw up shields to defend itself. The new authority would give CSE the ability to take out the source of the attack, said senior officials speaking ahead of the ministers’ press conference.

The foreign cyber activity of Canada's spies won't necessarily be disclosed to Canadians, Sajjan added: "For national security reasons we can't outline a lot of the work; I think Canadians understand that."

According to the bill, the activity can’t be “directed at” computers in Canada, or at Canadians or “any person in Canada” and would have to be authorized at the ministerial level.

Those authorizations and other activity would be reviewed by a new National Security and Intelligence Review Agency that Goodale called a “major innovation.”

The proposed agency would group together several bodies that currently review the activities of Canada’s spy agencies and the national security activity of the RCMP. It would also review the lawfulness of the activities of these bodies, provide classified reports to ministers, and an annual public report to Parliament.

It’s intended to complement a spy oversight committee of parliamentarians proposed in a separate piece legislation, which is in the final stages of passage in the Senate.

In a nod to Harper-era fears of a crackdown on legitimate protests, the bill also changes the Security of Canada Information Sharing Act to protect Canadians’ information from being shared within government if they were involved in democratic activities like dissent or artistic expression. Justice Minister Jody Wilson-Raybould said the bill will create a “new set of safeguards” for Canadians exercising “the right to legitimate protest,” which she called “an important part of Canadian democracy.”

The office of an independent Intelligence Commissioner would be established to provide what Goodale termed "pre-approvals" of some intelligence and cyber security activities. The commissioner would approve ministerial decisions on what types of information CSIS is allowed to collect, including information collected from abroad.

The new agency and commissioner would cost $60-70 million, said Goodale. They would also receive funds from the budgets of the bodies they replace, for a total of about $100 million over five years, senior officials noted.

Among many other changes, the bill also restricts the definition of "terrorist propaganda" and changes the no-fly list procedures to allow Goodale to confirm with concerned parents or guardians that their child is not on that list.

Goodale said he expects various parts of the bill to be assigned to different parliamentary committees so a “broad cross-section” of legislators will will get a chance to look it over.

The British Columbia Civil Liberties Association (BCCLA) said it welcomed "some important and long-needed fixes,” but remained "disappointed that so much of Bill C-51 is still intact."

One of the most controversial elements of the anti-terror bill was to give the Canadian Security Intelligence Service (CSIS) new powers to disrupt a terrorist threat — a power that remains in the new Liberal bill. Under the proposed changes however, prior court approval would be required when those actions could violate constitutional rights.

“We are very pleased that the government is introducing an all-agency review body for national security. This is long overdue and urgently needed," said BCCLA policy director Micheal Vonn in a Tuesday press release.

"That said, this is a complex rearrangement and we can’t say at this time whether all the pieces are in place. There are many questions that will need to be answered, particularly with regards to the powers and mandate of the intelligence commissioner."

In a scrum on Parliament Hill, federal NDP leader Tom Mulcair said the bill "falls well short of the protections of the public that the Liberals had promised" by leaving the worst parts of Bill C-51 in place.

"This is not constant oversight," he said on Parliament Hill. "It’s review, and it falls well short of what Mr. Trudeau promised."

A list of pending legal, constitutional cases against Conservative legislation