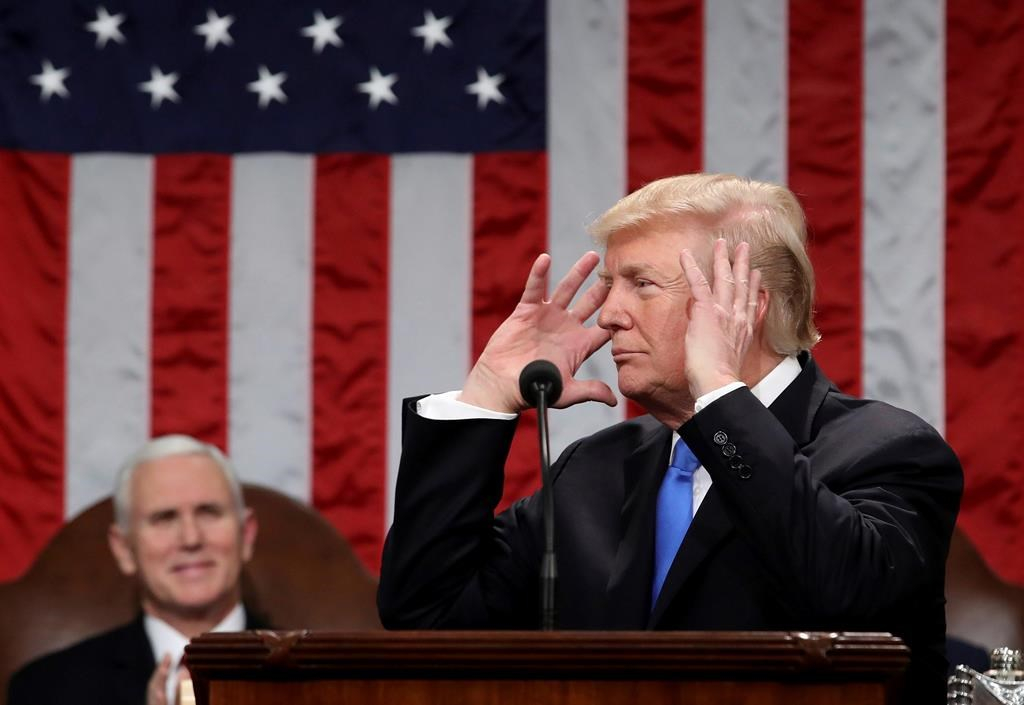 U.S. President Donald Trump delivers his State of the Union address in Washington, D.C., on Jan. 30, 2018. File photo by the Associated Press
Previous story
Next story

This article was originally published by Mother Jones on March 1, 2018. It was republished as part of climatedesk, a journalistic collaboration dedicated to exploring the impact — human, environmental, economic and political— of a changing climate.

Lawmakers are demanding answers from Interior Secretary Ryan Zinke about why political appointees in his department asked for early access to data from a study of oil and gas deposits on Alaska’s North Slope—a request that led to the resignation of a top scientist at the US Geological Survey. In a letter to Zinke Tuesday, two high-ranking Democrats on the House Natural Resources Committee said the events, if true, were “the latest in a troubling series of attacks on scientific integrity and ethical lapses” at the department. The letter—authored by Rep. Raul Grijalva (Ariz.), the committee’s top Democrat, and by Rep. Donald McEachin (Va.), the ranking member of the subcommittee on oversight and investigations—calls on Zinke to provide details about why Interior officials wanted to see the unpublished data, how they intended to use it, and if they ever actually reviewed it before the final report was made public.

The December 17 resignation of Murray Hitzman from his post running the USGS’s energy and minerals program was first revealed last week in a Mother Jones story reported in partnership with The Nation Institute’s Investigative Fund.

The USGS—a scientific agency within the Interior Department—has written policy guidelines that restrict the USGS from sharing sensitive data from energy assessments before those reports are made public. In his resignation letter, Hitzman wrote that he was leaving the USGS because the agency had agreed to provide Zinke with data from the assessment “several days in advance of the information’s public release, in contradiction of my interpretation of USGS fundamental science policy.” As Mother Jones reported:

By late 2017, political appointees within the Interior Department, including deputy secretary David Bernhardt, were insisting that if Zinke asked to see the prepublication data from the Alaska study, the USGS would have to provide it, according to several sources with close knowledge of the situation.

At a tense meeting on Friday, December 15, Bernhardt argued that the USGS guidelines didn’t actually prohibit such a disclosure and insisted that the secretary could see the data whenever he wanted, according to a source with knowledge of the incident. Bernhardt, a former energy industry lobbyist and George W. Bush administration official, added that the USGS could ask Zinke to sign a non-disclosure agreement if necessary, this source said.

After the Friday meeting, the USGS did receive a request for the data from the Interior Department, Hitzman said. According to an email obtained by Mother Jones, Hitzman’s superiors at the USGS were prepared to turn over the data the following Monday, four days before the report’s release. The email raises the possibility of using a “3-4 page Powerpoint” with a disclaimer on the pages indicating that the information is “sensitive, pre-release, not to be shared, etc.” Troubled by what had happened, Hitzman submitted his resignation letter on Sunday, December 17.

“Scientific integrity is the bedrock of the Survey and must be preserved for the Bureau to properly serve the Nation,” Hitzman wrote in his resignation letter. “Though I understand my resignation will not change the data release, I feel that as head of the Energy and Minerals Mission Area I must register my protest of this action.”

While the USGS did agree to turn over the data prior to publication, it’s unclear whether Zinke or other Interior officials ultimately viewed it. After Hitzman’s resignation, Interior officials said they did not actually want the information and claimed they had never requested it, according to four sources who were told about the incident. (An Interior spokeswoman disputed Mother Jones’ account of these events but would not provide further details.)

The USGS policies in question are designed to protect the agency’s scientific credibility and to ensure that sensitive energy data is not used for private financial gain. According to the section on safeguarding unpublished data, pre-release of energy or mineral commodity reports “could result in unfair advantage or the perception of unfair advantage.”

There’s no evidence that Zinke or anyone else sought to alter the report’s findings or to use the information for improper purposes. Moreover, the Interior Department told Mother Jones that its political leadership has the “legal authority to see any scientific data produced by the department.” But current and former Interior employees said the USGS policies had long been interpreted to mean that anyone outside the USGS—including the Interior secretary—was prohibited from viewing unpublished data.

The letter from Grijalva and McEachin comes on the heels of a separate request for an official investigation into the incident. On Friday, Rep. Betty McCollum (D-Minn.) submitted a letter to Mary Kendall, the Interior Department’s inspector general, asking her to look at whether the department’s leadership committed any policy or ethical violations by pressuring the USGS to turn over the data.

“Congress and the American people deserve a full explanation of how, why, and at whose direction the Trump administration disregarded the fundamental science practices that have been adhered to in prior administrations and that citizens count on,” McCollum wrote.

Congress and the American people deserve a full explanation of how, why, and at whose direction the Trump administration disregarded the fundamental science practices that have been adhered to in prior administrations," wrote Rep. Betty McCollum.

The issue could also come up at next week’s Senate confirmation hearing for James Reilly, a former astronaut and petroleum geologist nominated by President Donald Trump to head the USGS.

In an interview with Earth & Space Science News in January, Marcia McNutt, who ran the USGS under President Barack Obama, said Reilly would need to be the agency’s primary advocate on issues ranging from government funding to scientific integrity. “Dr. Reilly may at times need to stand up for the independence of USGS science and have his scientists’ backs,” she said.