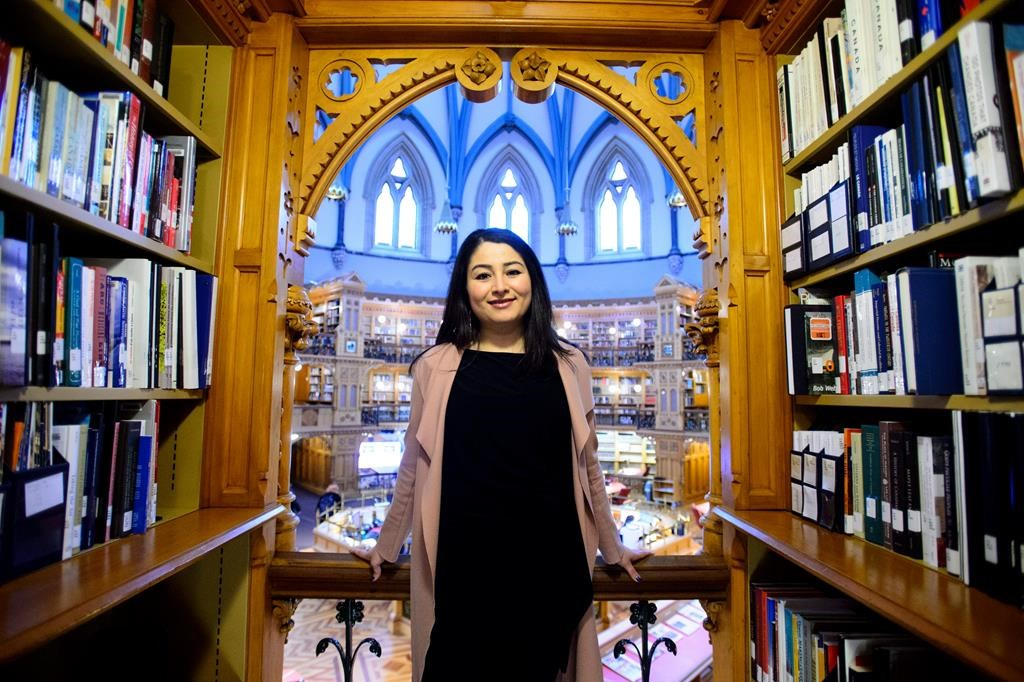 Minister of the Status of Women Maryam Monsef is pictured in the Library of Parliament on Parliament Hill, in Ottawa on Wednesday, Feb. 28, 2018. Photo by The Canadian Press/Sean Kilpatrick
Previous story
Next story

The Liberal government has given Status of Women Canada a major role to play in its feminist agenda and, now that the federal agency is set to grow into a full-size department, it could also be changing its name.

"It's a possibility," Status of Women Minister Maryam Monsef said in an interview when asked whether the department would be shedding its 1970s-era name for something that better reflects a more inclusive vision of equality.

The 2018 federal budget, for the first time in Canadian history, went through a full gender-based analysis, which involves looking closely at how every spending and taxation measure would impact men and women, or girls and boys, in different ways.

The analysis does not stop there, however, as it also takes other aspects of identity, such as age, ethnicity, religion and disability into account.

The broader approach recognizes the fact that the biological or socio-cultural differences associated with sex and gender might not be the biggest factor in figuring out whether something the government is planning to do would make things better or worse for certain groups of people.

"The lens applied to the budget has been an intersectional gendered lens because our brand of feminism is based on the belief that feminism is as diverse as Canada itself," Monsef said.

"We need to make room for the people in the shadows — the women and trans persons who too have a vested interest in this country and also are deserving of equal opportunity," Monsef said.

"That intersectional gendered lens is something we've applied to every decision cabinet has made since we formed government. It is what our stakeholders in the feminist community has asked for and it's the right thing to do," she said.

A change in name, perhaps with language more in line with the new Centre for Gender, Diversity and Inclusion Statistics that the budget announced would be set up at Statistics Canada, could better reflect that evolving approach.

"We will be consulting, as we do with all our efforts, with stakeholders to make sure that if there is a change, we get it right," Monsef said.

Meanwhile, Monsef said moving Status of Women Canada out from under the umbrella of Canadian Heritage — and giving it a larger, as yet unspecified operating budget — reflects the bigger role the agency will play, especially once gender-based analysis of budgets is enshrined in legislation.

"We are being asked to do more than the agency has ever been asked to do and having the capacity to deliver on that additional work is going to be a big part of our success," she said.