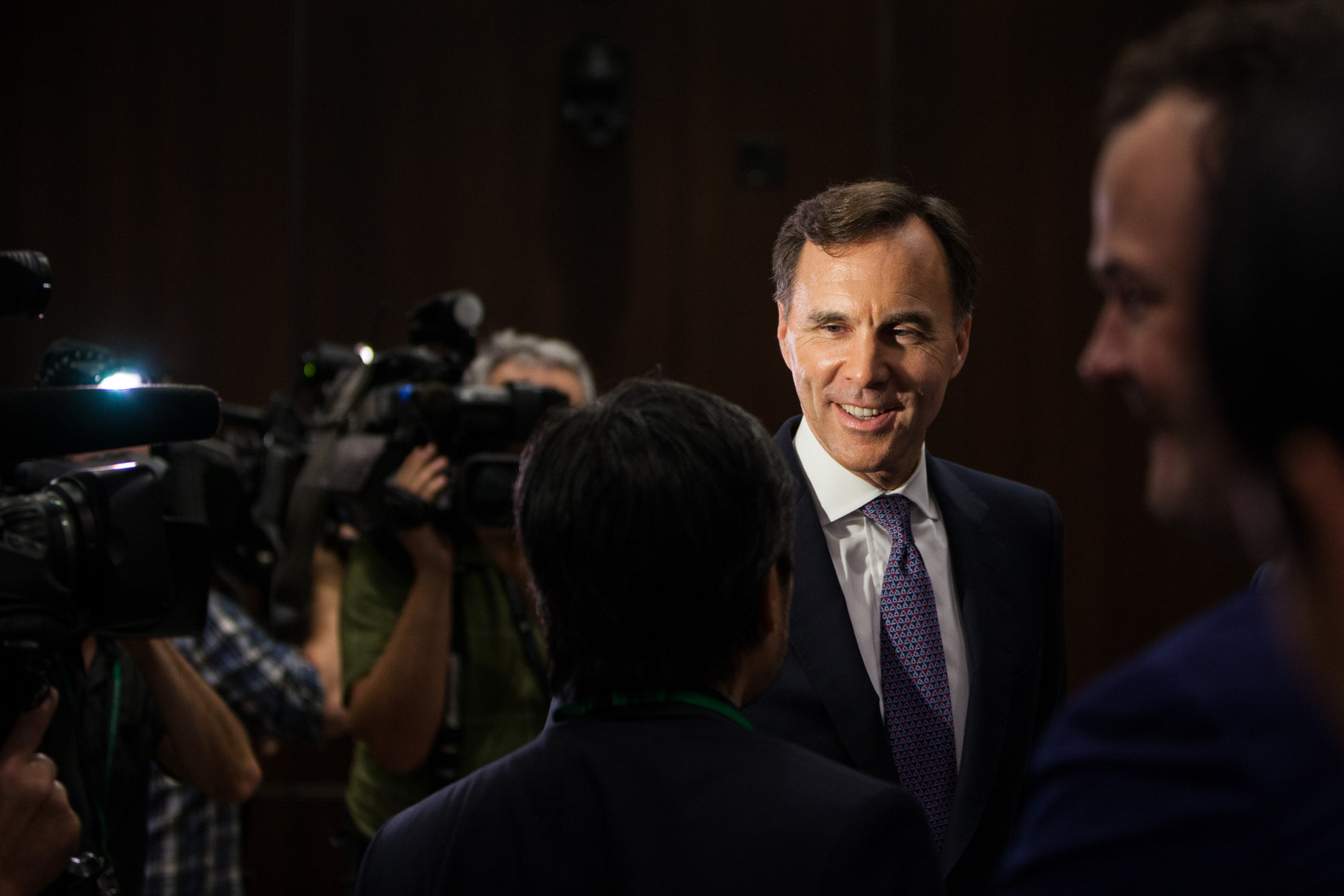 Health and labour groups are calling on Prime Minister Justin Trudeau to remove Finance Minister Bill Morneau from the government's national pharmacare file over comments he made about the freshly launched effort to explore the issue.

The heads of three organizations allege Morneau presupposed the outcome of the study on national pharmacare by saying he supports an eventual strategy that would preserve existing drug-insurance systems in Canada, rather than tossing them all aside for a new national plan.

Leaders of the Canadian Labour Congress, Canadian Federation of Nurses Unions and Canadian Doctors for Medicare have written to Trudeau about Morneau's remarks the morning after he tabled a budget announcing the national pharmacare council.

"Minister Morneau's comments contradict the overwhelming evidence and threaten to undermine the work of the (advisory council) before it even begins," reads the letter.

The New Democrats also used the daily question period Thursday to assail Morneau, who defended himself by saying he would rely on the findings of the council.

"We know that the goal, making sure that every Canadian has access to pharmaceuticals, is critically important," Morneau said.

"We know that listening to experts is important and that's exactly what we intend to do as we hear back from the advisory committee on how we can move forward."

The letter's authors also seized on a remark made by Morneau at Wednesday's breakfast event about his past ties to his family-built firm Morneau Shepell, which he noted is the largest benefits consultancy provider in Canada.

"With these deep ties to the private firm Morneau Shepell, we are concerned that the finance minister may not be approaching the issue of fundamental change in national drug insurance policies with an exclusive focus on evidence in the public interest," said the letter, which urged Morneau to "recuse himself ... given his perceived conflict of interest."

At first, opposition rivals attacked him for failing to put his substantial holdings in the company — a pension-management firm he built with his father — into a blind trust after he was named to cabinet.

He later faced conflict-of-interest allegations over a pension reform bill that he spearheaded despite his links to the firm — allegations that eventually prompted Conservative Leader Andrew Scheer to call for his resignation. The issue remains under formal review by the federal ethics commissioner.

On Wednesday, Morneau said the new pharmacare advisory council would explore a strategy on how to close gaps in the current patchwork to ensure all Canadians have access to the medications they need.

"We need to consider how we can best make use of our existing system — which, after all, for most people in this room, is probably working — but recognize that there are very significant gaps that we need to deal with," Morneau told the Economic Club of Canada in Ottawa.

"We recognize that we need a strategy to deal with the fact that not everyone has access and we need to do it in a way that's responsible, that deals with the gaps, but doesn't throw out the system that we currently have."

Morneau also made a point of saying he sees a very big difference between a national pharmacare "strategy" and a "plan."

A national pharmacare plan is seen as a major undertaking with a hefty price tag. Last fall, the parliamentary budget watchdog warned it could cost $19 billion a year.

The advisory council is being led by former Ontario health minister Eric Hoskins, who resigned from his post in the Ontario legislature the day before the federal budget. Hoskins has until the spring of next year to deliver his final report, setting the stage for the Liberals to make pharmacare a centrepiece of the party's 2019 election campaign.

Governments could save billions by introducing universal pharmacare

Tories call for Morneau to resign, but Trudeau defends his finance minister