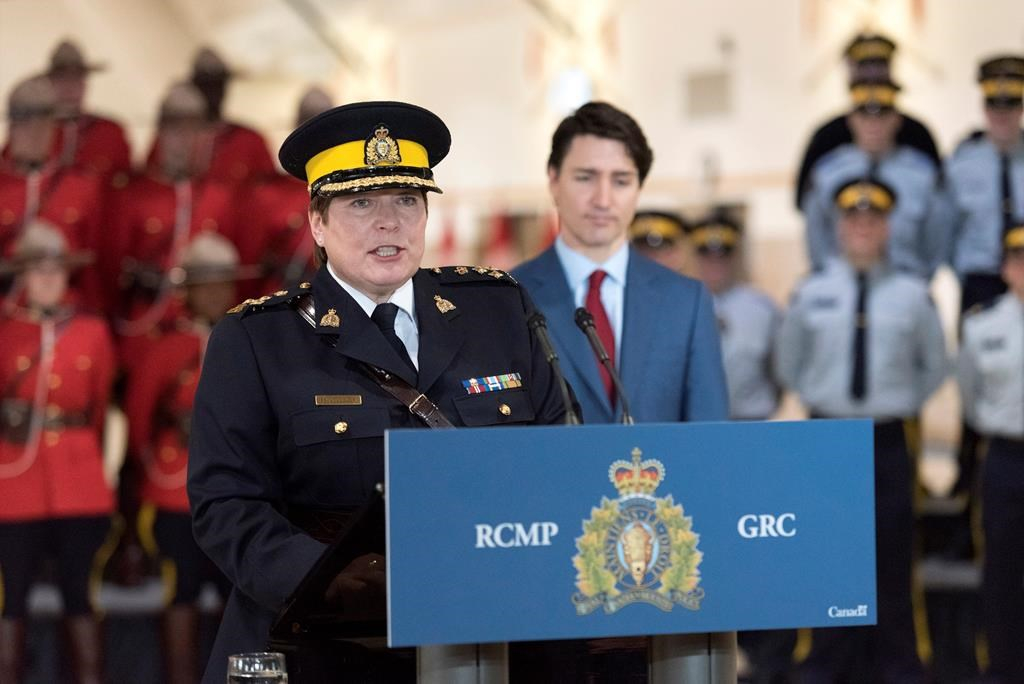 A woman is taking the permanent helm of the RCMP for the first time ever, a move Prime Minister Justin Trudeau says will promote gender equality at an organization plagued by complaints of sexual discrimination and workplace bullying.

Trudeau is confirming the appointment of 31-year veteran Brenda Lucki as the Mounties' new chief commissioner, signalling a culture change at the national police force.

"She is an exceptional leader who is known for being a hard worker, a dedicated officer and someone who is constantly looking for ways to improve the status quo," Trudeau told the RCMP training academy in Regina.

"We look forward to working with her to help keep all Canadians safe."

The force has continued to face embarrassing revelations about sexism and sexual misconduct in RCMP ranks, even one year after commissioner Bob Paulson apologized for discrimination against female officers and agreed to a $100-million settlement of two class-action lawsuits.

Friday's appointment comes at a time when the force's relations with Indigenous Peoples are particularly strained.

Trudeau said having Lucki in the role will help advance reconciliation with Indigenous Peoples, support mental wellness across the RCMP and address workplace harassment.

Lucki's RCMP biography says she is a member of the Order of Merit of the Police Forces in recognition of her work to improve relations with First Nations in northern Manitoba.

She has also contributed to United Nations missions in both the former Yugoslavia and in Haiti, and has served as commanding officer of the RCMP training academy at Regina's Depot division since 2016.

Lucki is the first woman to be named RCMP commissioner on a permanent basis; Beverley Busson was interim leader for six months in 2007.