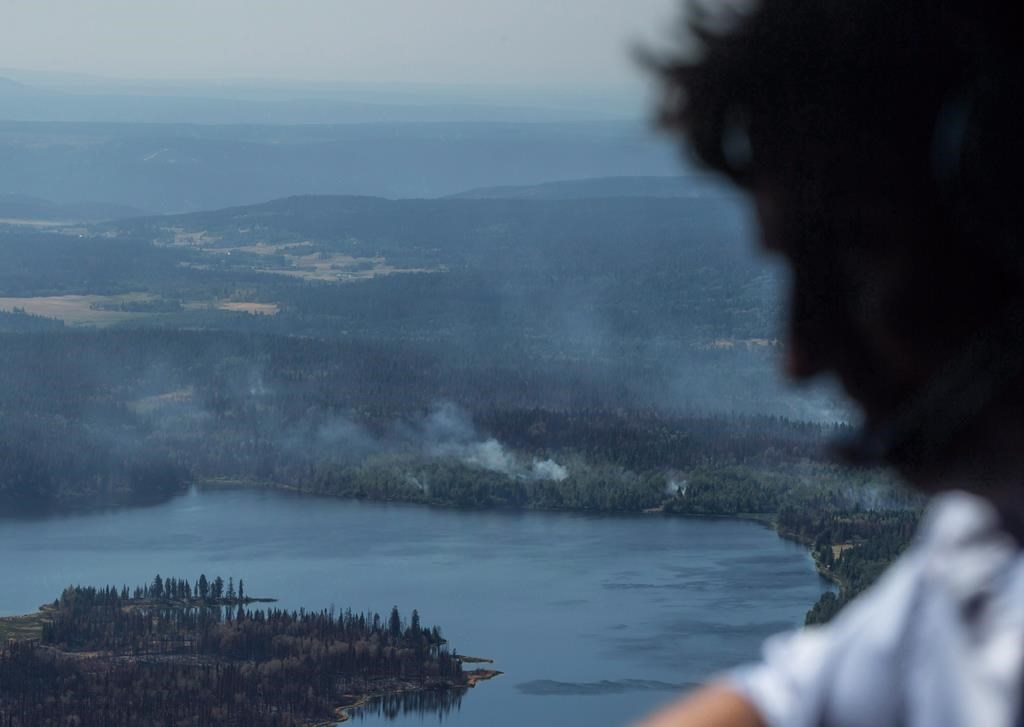 A regional government in British Columbia's southern Interior is mulling more than 70 recommendations to improve its response to wildfires.

Devastating blazes charred thousands of square kilometres of timber and bush within the boundaries of Cariboo Regional District last year.

The recommendations are part of a report following community consultations last fall.

Regional district chairwoman Margo Wagner says some of the proposals would require help from the provincial government, but others related to local operations could be implemented first.

She says those would include improved communications or better permitting to allow residents to more easily return to evacuated areas.

Wagner says the regional district is as prepared as it can be for another wildfire season.

The B.C. Wildfire Service website shows 18 major blazes and dozens of smaller fires destroyed more than 12,000 square kilometres of woodland in 2017. There were five notable fires across the Cariboo region, including one that forced the evacuation of the entire City of Williams Lake.

"We have to remember that this past summer was like a hundred- year event for the Cariboo," said Wagner.

"I'm not saying we will never go through it again, but I'm hoping it won't be this coming summer. And we will be as prepared as we possibly can be."

Wagner has formed an emergency preparedness committee and said one focus will be to ensure communities are not isolated for long periods if wildfires rage nearby.

"(That) happened this past summer because of a lot of road closures that we deemed necessary at the time. But because it went on for so long, it became a struggle with getting food supplies in."

The wildfire service says fires around Williams Lake and Soda Creek forced people from there and surrounding areas from their homes for weeks.

A huge blaze that formed when 20 smaller fires merged into one chewed through more than 5,450 square kilometres of backcountry west of Williams Lake, making it the largest fire in B.C.'s recorded history.

Statistics from the wildfire service show more than 65,000 people were displaced across B.C. last July, August and part of September, and hundreds of buildings were lost.

"I've said several times that honestly, I don't think it would have mattered last summer if we'd had a billion dollars at hand. We were a huge organizations with an endless supply of volunteers. I honestly don't know that any organization would have been prepared for what happened last summer," Wagner said. (CFJC)