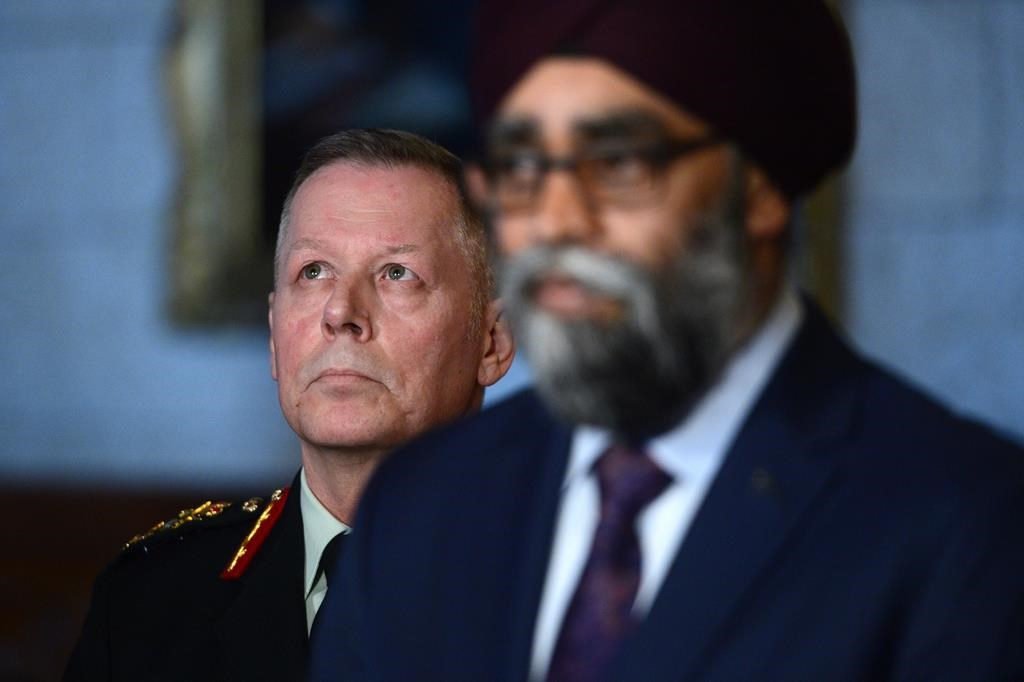 The call from the Conservatives came Monday after Canada's defence and foreign affairs ministers confirmed the Liberal government's 12-month commitment to the west African country.

It includes two Chinook helicopters to provide medical evacuations and logistical support and four smaller, armed Griffons to act as armed escorts for the larger transports.

"Mali is a war zone. This is a combat mission," said Conservative defence critic James Bezan, who expressed concern about the potential for Canadian casualties, noting the deaths to date of more than 160 UN peacekeepers in Mali.

Bezan said the Tories are prepared to debate the government this week.

O'Toole said Monday's announcement is all about Trudeau trying to curry favour with the UN, where Canada is seeking a temporary two-year seat on the powerful Security Council.

"What are the rules of engagement? Who decides when that Griffon or that Chinook is deployed?" asked O'Toole. "This seems to be a patchwork to meet Justin Trudeau's peacekeeping commitment. Mali is not a peacekeeping mission."

The so-called aviation task force will include support personnel, although a final number has yet to be worked out.

A deployment date also has yet to be determined.

Defence Minister Harjit Sajjan and Foreign Affairs Minister Chrystia Freeland say the force will include a marked female presence as the Trudeau government looks to have Canada lead by example in the push to have more women on peacekeeping missions.

The announcement follows a direct request from the UN and fulfills the Trudeau's promise in November to make such aircraft available to a future peacekeeping mission.

Trudeau first pledged to return Canada to UN peacekeeping during the 2015 federal election campaign but has faced criticism for taking too long to decide on an actual mission.

"Supported by our diplomatic negotiations, I am confident we can help make a real difference in this region through the deployment of the aviation task force," Freeland told a news conference on Parliament Hill.

The Mali mission has been a dangerous one for the UN — which is why the government took the time to carefully consider the situation and decide on the best course of action, Freeland said.

"We are very aware of the complexities and the difficulties of the situation in Mali."