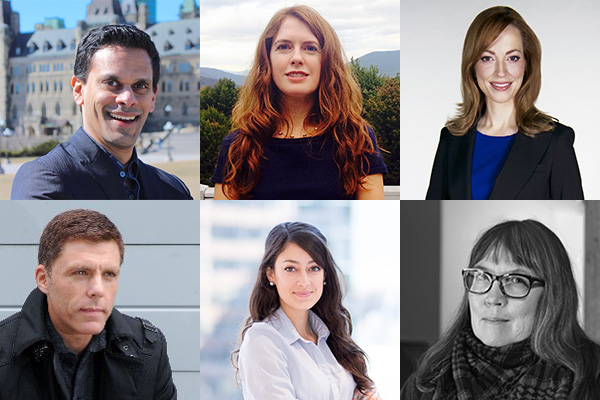 National Observer will be honoured by the Hillman Foundation on March 28 in Toronto along with its media partners, the Toronto Star and Global News and four journalism schools for their unprecedented investigative series, the Price of Oil.

The series, produced in partnership with the Michener Foundation and the Corporate Mapping Project, involved dozens of journalists from the three media organizations as well as instructors and students from four Canadian journalism schools at Concordia University in Montreal, Ryerson University in Toronto, the University of Regina and the University of British Columbia in Vancouver. More than 50 journalists participated in the investigation.

It received an honourable mention for the annual Canadian journalism award that recognizes investigative reporting and deep story telling in service of the common good. The Price of Oil investigated serious injury and illness in industrial areas of Saskatchewan and Ontario.

Toronto Star journalists Jayme Poisson and David Bruser are the winners of this year's 2018 Canadian Hillman Prize for their investigation into mercury contamination in Grassy Narrows, a First Nations community in Northern Ontario.

A team from Vice News, led by Hilary Beaumont and Martha Troian also earned an honourable mention for their investigation into the Indigenous water crisis in Canada.

There were about 70 entries in total for this year's competition.

The Price of Oil series was led by Michener Fellow Patti Sonntag, Robert Cribb of the Toronto Star, Elizabeth McSheffrey and Mike De Souza from National Observer, Carolyn Jarvis from Global News, and Patricia Elliott from the University of Regina.

“At a time when newsroom budgets are shrinking and resources for investigative journalism are slim, we saw a number of news outlets and university journalism programs come together to collaborate with scientists, experts, and each other,” said Alex Dagg, Canadian Board Member of the Sidney Hillman Foundation and Airbnb's Director of Canadian Public Policy. “It is impressive to see news organizations serving the public interest through cooperation, not competition, leveraging each other’s strengths and connections.”

The original articles in the series revealed an astonishing set of industry compliance failures that occurred over five years with the knowledge of the provincial government in Saskatchewan. Many of them dealt with hydrogen sulfide (H2S), a gas that in high concentrations is deadly to humans. The series also examined a culture of silence within affected communities that was keeping many of the allegations quiet, and allowing dangerous practices to persist.

Students from the University of Regina also produced a documentary, as part of the series.

After the reporting on Saskatchewan, "a second set of articles focused on the health affects of oil and gas production in Sarnia and a troubling pattern of secrecy around potentially toxic spills and leaks from industrial facilities that sit across the street from residential homes and parks," explained Cribb in a piece published last fall.

The series is expected to continue in 2018 with follow up stories that look at industry activities elsewhere as well as impacts and reaction from governments and oil and gas companies.

Please subscribe to National Observer today to help us pursue this series and to fund our next award-winning investigation.

Congratulations to our shining stars in truthful Canadian journalism.