By Canada's National Observer | News, Energy, Politics | October 6th 2017
#5 of 42 articles from the Special Report: The Price of Oil 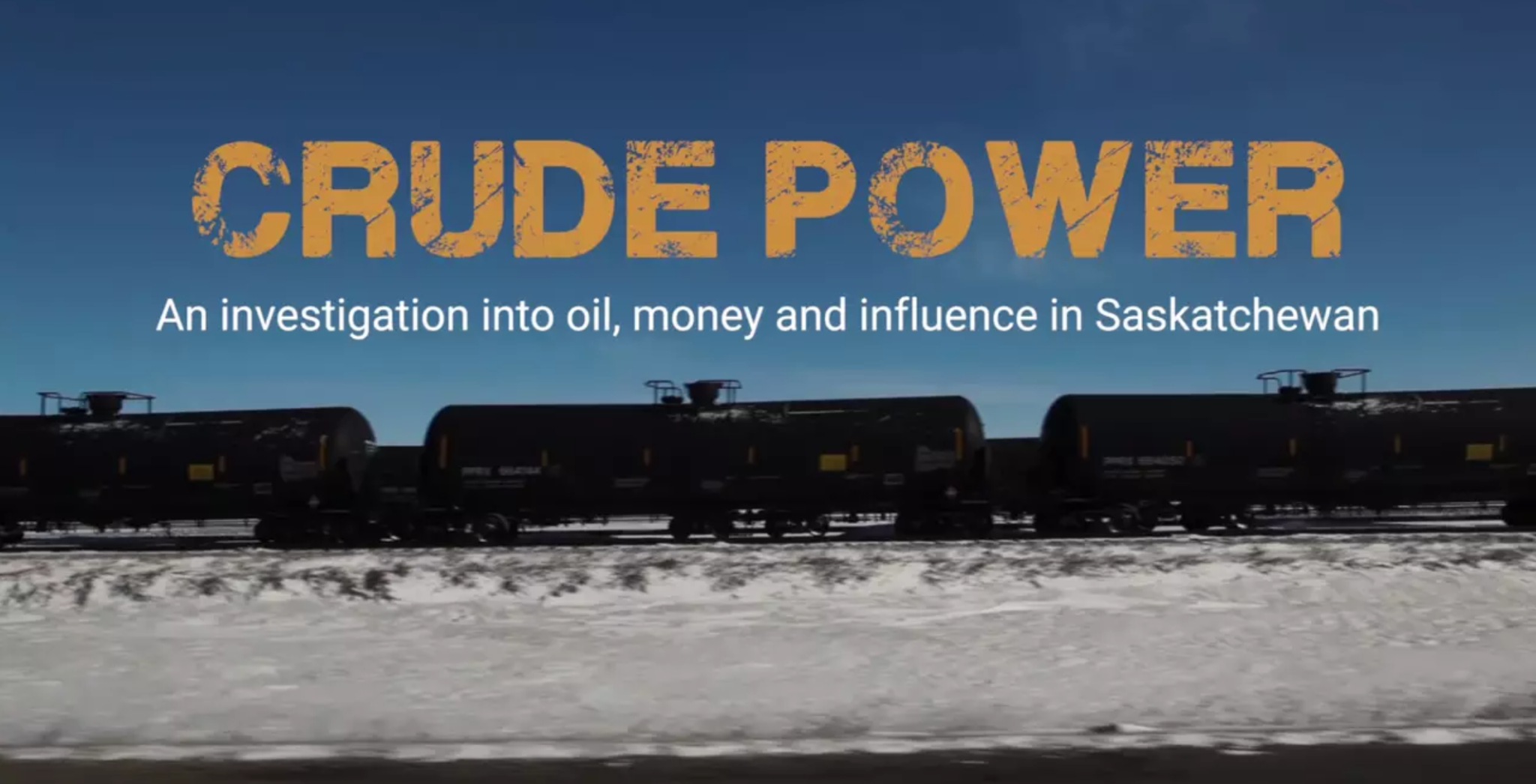 The University of Regina School of Journalism premiered its documentary, Crude Power, on Oct. 4, 2017. The research was collected and produced as part of The Price of Oil investigation
Previous story
Next story

This week, National Observer published the first chapters of an unprecedented national investigation into the power and influence of the oil and gas industry in Canada.

These stories — the first of several in a series — zeroed in on southeastern Saskatchewan, where rogue hydrogen sulfide gas has been leaking from industry operations scattered throughout the region for years. Both government and industry knew about the problem, but failed to curb it before someone died and a several others were sickened.

This investigation, called The Price of Oil, is the largest journalistic collaboration in Canadian history, conducted over a year in partnership with the Toronto Star, Global News, journalism schools at the universities of Concordia, Regina, British Columbia and Ryerson, The Michener Awards Foundation and the Corporate Mapping Project. It includes hundreds of never-before-seen internal government and industry documents, along with staggering statistics about spills, industry compliance failures, and the steady flow of cash from the patch.

CBC investigative journalist Geoff Leo had reported on Saskatchewan's sour gas problem in the spring of 2015.

But even after government officials admitted that there was a problem, there were still cases of people getting seriously ill or even hospitalized. There was also evidence that companies have continued to fail tests in recent years while lobbying against tougher rules to crack down on the problem and impose fines.

Now, this story has a documentary.

Crude Power brings viewers on a powerful journey through the bobbing pump jacks, rusting tank batteries and wellheads of Saskatchewan — a province where "oil is king" and "resistance is small," it asserts. It was produced by students at the University of Regina School of Journalism, with support from The Price of Oil partners.

It premiered on Oct. 4 in Regina, three days after media partners went live with the first chapters of the The Price of Oil investigation. Upon seeing the final product on the big screen at last, Trevor Grant, a University of Regina faculty advisor on the project, said the students gave it "everything they had and pulled it off" to accomplish something remarkable.

"We have a number of exceptional and award-winning documentaries that have come out our program; however Crude Power was produced by first-year students and that is amazing to me," he told National Observer. "The power of the program works against stereotypes, that is that students produce 'student' quality journalism.

"In fact, this is not true as evidenced by Crude Power and the work of many journalism students across Canada on the larger oil project."

Watch the full Crude Power documentary below, and click here to support the students' work on The Price of Oil investigation. Click here and subscribe to help National Observer's reporters to stay on this story.

Great documentary! Loved the juxtaposition of the politician and the affected people on the ground. Keep up the good work!