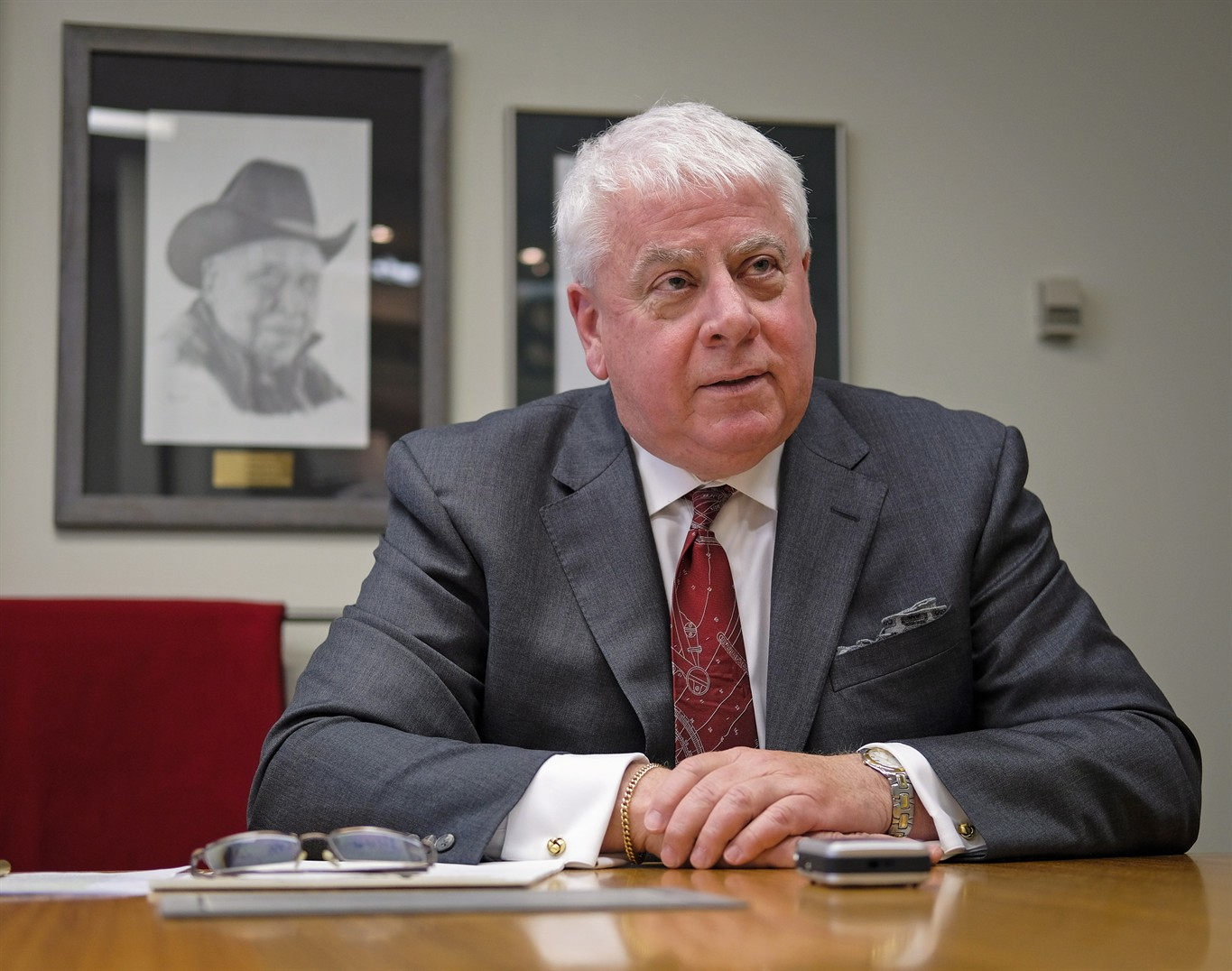 Kinder Morgan Canada president Ian Anderson in his Calgary office on May 26, 2016. Photo by The Canadian Press
Previous story
Next story

At its most recent investor meetings in Toronto on March 6-7, 2018, Kinder Morgan Canada presented a graph which purports to illustrate an urgent and ongoing need for the Trans Mountain pipeline expansion by illustrating Western Canada crude oil supply against pipeline takeaway capacity.

The graph is reprinted below. There is a red arrow pointing to a gap between capacity and supply called “Pipeline Shortfall.” The graph suggests that, even if Enbridge replaces its Line 3, there will be a shortfall in pipeline export capacity unless Trans Mountain’s expansion is built. The graph suggests that a shortfall in pipeline export capacity has existed since early 2017. 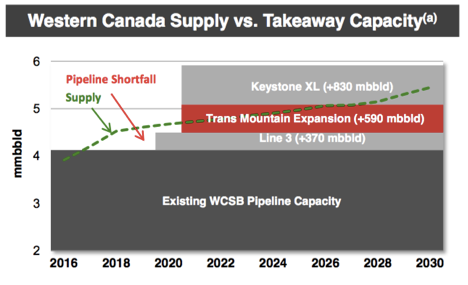 In direct contrast, statistics on pipeline throughput — from Enbridge and OpenCanada — show there was sufficient pipeline capacity to deliver exports to market throughout 2017. It was only when TransCanada’s Keystone sprang a leak on November 16, 2017, that pipeline capacity became constrained. The excess room that was available on Enbridge’s Mainline (see slide 7) and Trans Mountain’s existing line was taken up in December of last year.

Kinder Morgan presented investors a graph in March 2018 that does not reflect known facts for 2017, even though these facts are publicly available. How could that be?

Examining the graph in greater detail explains how Kinder Morgan got it wrong. Kinder Morgan has failed to include local refinery demand for crude oil in its picture. That’s a big mistake — about the size of Trans Mountain’s expansion. In 2017, refineries in Alberta and Saskatchewan required about 550,000 barrels a day of Western Canada supply. In 2018, that will grow to more than 600,000 barrels a day as the new Sturgeon refinery ramps up to full production.

When crude oil is used as feedstock by local refineries, there is no need to build export pipelines to take it away. Seems obvious, but apparently not to Kinder Morgan. The company has forgotten about an entire sector from its estimate of project need making it appear that Trans Mountain’s expansion is indispensable. Either that, or it deliberately excluded local refinery demand for Western Canada supply for the same reason.

Like Enbridge’s Northern Gateway’s missing islands, where 1,000 square kilometres representing eight bodies of land were erased from a video presentation claiming marine transport through the Douglas Channel could be safe, Kinder Morgan’s missing refinery sector is a convenient exclusion. Kinder Morgan gets to pretend to its investors an urgent need for its project, when this is not the case.

If local refinery demand were to be added to Kinder Morgan’s picture — as it should be — it would clearly show that Trans Mountain’s expansion is not needed for at least a decade, if ever.

Kinder Morgan was reached for comment, but did not respond before publication.

Thank you Ms Allan for your

Thank you Ms Allan for your careful reporting. The devil is truly in the details and the truth is often hiding in plain sight. I have always appreciated your detailed, investigative reporting. Keep it coming!

Reiterates the caveat to

Reiterates the caveat to never trust an oil company!