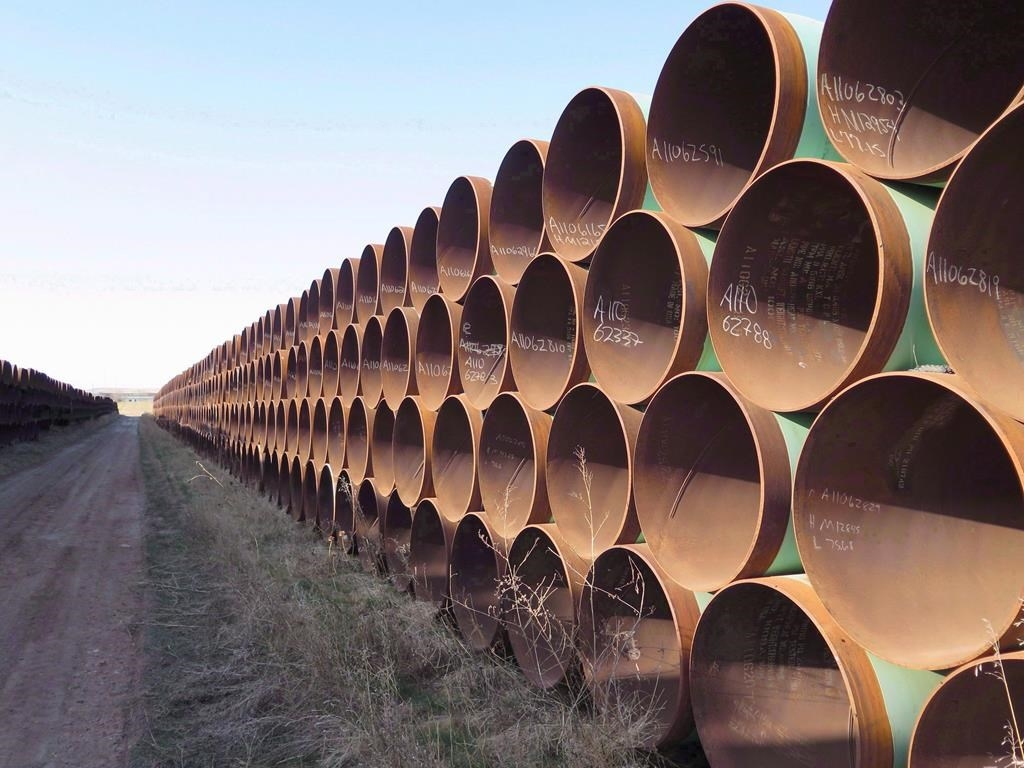 Western Canadian oil producers won’t need all of the new pipelines proposed by energy giants such as Kinder Morgan, Enbridge and TransCanada — at least not for a decade — according to oilpatch estimates featured in Tuesday’s federal budget.

This would mean that one or two of these projects might never be needed, despite industry and government claims to the contrary. On the other hand, if the pipelines are built, industry would have the capacity to increase oil production in Canada by 86 per cent above current levels.

Canada and other countries from around the world have agreed to transition away from fossil fuels in the coming decades in order to stop pollution that is warming the atmosphere and threatening to cause irreversible damage to the planet’s ecosystems and its economy.

The estimates included in the federal budget show that the oilpatch anticipates Canadian production to increase to about 5.4 million barrels of oil per day by 2030. If all of the existing projects proceeded as planned, there would be enough capacity on pipelines, refineries and trains to transport or refine more than 8.4 million barrels of oil per day by 2021, the numbers show. Without any transport of oil by rail, the capacity, with the three major pipeline projects and refineries, would add up to 7.6 million barrels per day of capacity.

The government’s numbers indicate that rail currently fills in for an existing shortage of pipeline and refining capacity.

Current production levels in Western Canada for 2018 are estimated to be about 4.5 million barrels of oil per day, according to the data, based on estimates from company statements and the Canadian Association of Petroleum Producers.

But the federal and Alberta governments, along with industry lobbyists, have said new pipelines, which would increase the supply of Canadian crude for sale on global markets, would also somehow increase the market price for each barrel.

Oilpatch advocates say this would lower a US$20 per barrel gap between what markets pay for other oil versus what they pay for Canadian oil. This gap has grown from less than US$10 per barrel last year, despite a modest increase in global oil prices.

It’s not entirely clear how increased supplies of Canadian oil would result in higher prices, but the budget also noted that increased pipeline capacity would reduce company spending on rail shipment costs. It also noted that the producers had less capacity in recent months than anticipated due to safety problems on TransCanada’s existing Keystone pipeline to the U.S. midwest that is operating at reduced capacity for safety reasons following recent spills.

Keystone is a relatively new pipeline, less than 10 years old, but it has been plagued by pressure restrictions due to a series of safety incidents and infractions.

The budget noted that the gap between the market price for oil and the discounted rate offered for Canadian oil had particularly become a problem in 2017 as U.S. production reached its highest level in three decades.

Estimates in the U.S. anticipate another increase in U.S. production this year up to a record 10 million barrels of oil per day.

“Observers have noted that should the U.S. exceed these production levels, it could potentially overtake Saudi Arabia and Russia to become the world’s top crude oil producer,” said an analysis in the budget.

Three more pipelines...to where? We already send 70% of our oil to the United States, why do we need to send more, when oil is already in decline? If they are shipping bitumen then those pipelines will corrode even quicker and leak, as all pipelines do. How does having a climate change plan work with more pipelines. Digging bitumen out of the Tar sands will increase CO2 emissions. Doesn't seem like the Trudeau government sees and contradiction. Pity. The world is passing Canada by, moving into new technologies, while Canada still clings to foreign owned oil monopolies as the GREAT WHITE HOPE....an industry that gets $3.2 Billion in subsidies from all levels of governments, pays lowest royalties of the G7 and very low corporate taxes. Talk about a Welfare industry.