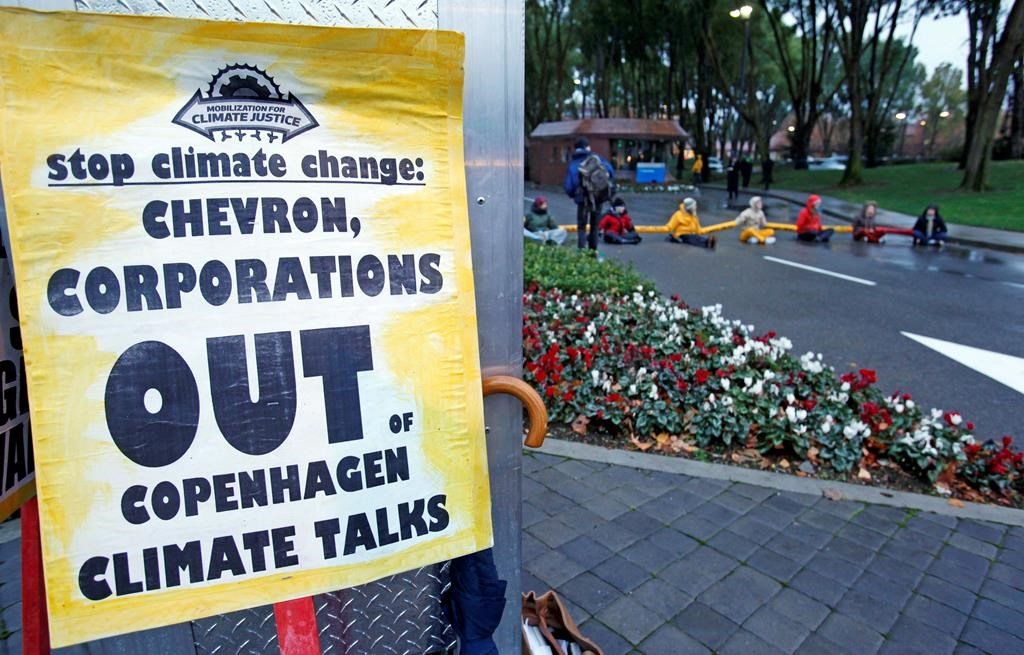 A federal judge presiding over lawsuits that accuse big oil companies of lying about global warming to protect their profits is turning his courtroom into a classroom in what could be the first hearing to study the science of climate change.

U.S. District Judge William Alsup has asked lawyers for two California cities and five of the world's largest oil and gas companies to come to court Wednesday to present "the best science now available on global warming." He also wants them to go over the history of climate change research, focusing on ice ages and previous cooling and warming cycles, among other topics.

Legal observers say they have never heard of a court holding a tutorial on climate change, and they are eager to see how the oil companies explain global warming.

Alsup may want to get the companies' views in the court record, said Michael Wara, a lawyer at Stanford University's Woods Institute for the Environment who studies climate and energy policy.

"That could speak to the lawsuits' claims that these companies were not forthcoming about their internal thinking about climate change," Wara said.

Alsup is considering two lawsuits, one by San Francisco and the other by neighbouring Oakland, that accuse Chevron, Exxon Mobil, ConocoPhillips, BP and Royal Dutch Shell of long knowing that fossil fuels posed serious risks to the climate, but still promoting them as environmentally responsible. They also allege the companies mounted campaigns to downplay the risks of global warming and discredit research that human activity was to blame.

The companies have asked Alsup to dismiss the lawsuits. Federal law controls fossil fuel production, and Congress has encouraged oil and gas development, they said in court documents. They added that the harm the cities claim is "speculative" and part of a complex chain of events that includes billions of oil and gas users and "environmental phenomena occurring worldwide over many decades."

"The relief that plaintiffs seek would require a single judge sitting in San Francisco to unilaterally change the nation's energy and environmental policies," Joshua Lipshutz, an attorney for Chevron, said on a call with reporters.

The lawsuits say the companies have created a public nuisance and should pay for sea walls and other infrastructure to protect against the effects of climate change — construction that could cost billions of dollars.

"We'll see whether big oil acknowledges the scientific consensus and its role in causing climate change or doubles down, once again, on deception," he said in a statement.

Chevron will not engage in a debate about climate change, but instead present the conclusion of an international panel of scientists which said it is extremely likely that humans are the dominant cause of observed warming since the mid-1900s, said Avi Garbow, another attorney for Chevron.

Alsup said in a court filing about Wednesday's tutorial that he wants to know whether the collective heat from burning fossil fuels contributes to warming and if so, how. He also wants to know the main sources of carbon dioxide that account for the buildup of the gas in the atmosphere.

Deciding the lawsuits in favour of Oakland and San Francisco would be "revolutionary" and open the door to myriad similar lawsuits, so Alsup may want to establish a strong base of scientific knowledge on climate change, said David Takacs, a professor at the University of California, Hastings College of the Law who studies climate change.

"He has to dot his i's and cross his t's," he said. "It has to be a long public display that 'The science is making me rule on behalf of the plaintiffs.'"

This seems odd. The question

This seems odd. The question before the judge is not climate change science but what the oil companies knew or believed when.