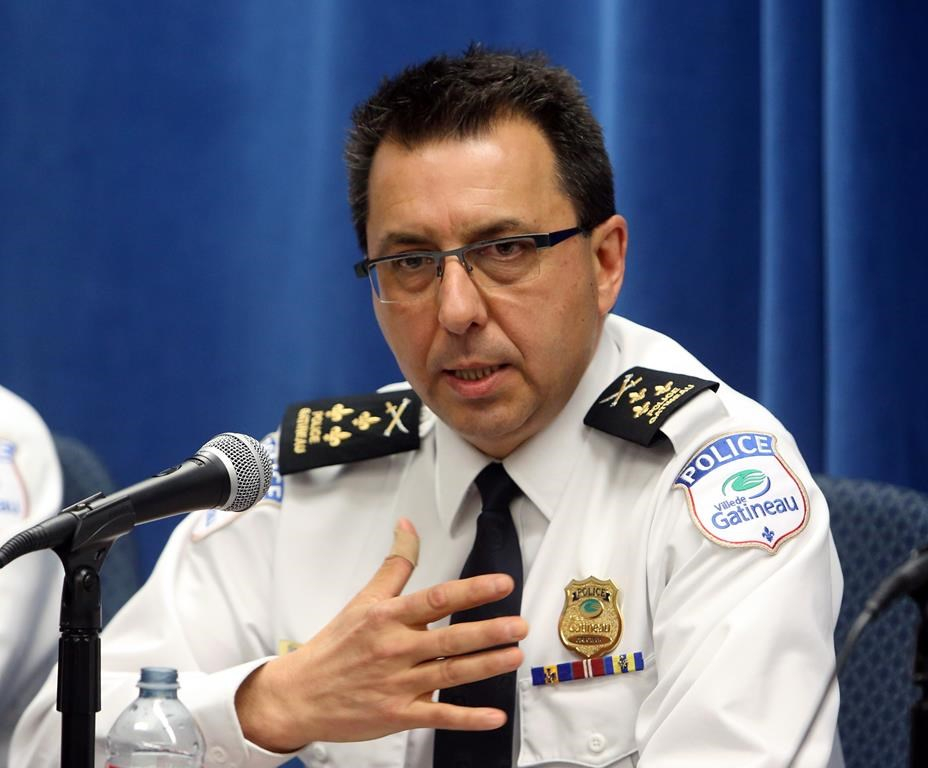 The head of the Gatineau police department is admitting one of his officers made a mistake by arresting a Radio-Canada reporter after he requested an interview with a woman who was the subject of one of his stories.

The police chief, Mario Harel, made the comments at a news conference after Crown officials in Quebec confirmed that they weren't pressing any charges against the reporter, Antoine Trépanier, since he had not committed any crime.

Radio-Canada said last week the criminal complaint against Trépanier stemmed from calls and emails he sent seeking reaction to a story about the head of the chapter of Big Brothers Big Sisters in Gatineau, which is across the river from Ottawa.

The network said the complainant was Yvonne Dubé, who is executive director of the organization's Gatineau chapter and the subject of the interview requests.

Trepanier's investigation involved an Ontario court decision that said Dubé falsely passed herself off as a lawyer between September 2011 and March 2012.

In a statement, the director of criminal and penal prosecutions in Quebec said on Thursday that "no criminal act was committed."

"As a result, no criminal charges will be laid in this case," said the statement, which named Radio-Canada, but didn't name the two individuals involved in the case. "Prior to making this decision public, the complainant was advised about the results of its analysis of the file."

The office of the director analyzes criminal cases and determines whether to proceed with charges based on their analysis of police investigations. It added in its statement that it only comments on decisions not to press charges in exceptional circumstances.

The CBC's French-language network said the reporter first contacted Dubé on March 12 and spoke to her for 20 minutes. It said she initially agreed to an on-camera interview before backing out. The reporter then emailed her again the day after to give her another chance for an interview.

The complaint was filed later that day and the reporter was called to the police station.

The CBC's French-language network said the reporter first contacted Dubé on March 12 and spoke to her for 20 minutes. It said she initially agreed to an on-camera interview before backing out.

"We're relieved to learn that @RadioCanadaInfo reporter Antoine Trépanier @atreps won't face a harassment charge after his arrest on March 13, in Gatineau, Quebec," said Reporters Without Borders in a statement posted on Twitter in response to the news.

Earlier this week, the chairman of the board at the Gatineau chapter of Big Brothers, Big Sisters said that all of the directors were unanimously backing Dubé, but that they would review further developments if Trépanier wasn't charged.

Police in Gatineau initially defended their decision to arrest Trépanier, following Dubé's complaint that the reporter harassed her, prompting widespread criticism and ridicule that they failed to grasp the importance of freedom of the press, which is protected under Canada's constitution.

But at a news conference on Thursday, Harel admitted the mistake and explained that his department would lead an internal review to identify what went wrong to ensure that it doesn't happen again.

He added that the officer had based his decision to arrest Trépanier on the "real fears" that Dubé expressed.

"Clearly, the officer did not properly assess the situation based on the victim's statement," Harel said. "The decision by the (Crown) confirms that not all the basic elements for an infraction were present."

Following his arrest, police also set conditions on Trépanier's release, instructing him not to contact Dubé and also to let them know if he moved. But Harel confirmed that his department called the reporter on Thursday to let him know that the case was closed and that he would no longer face those conditions.

He added that there was no active investigation against Dubé, related to the incorrect allegations she made, and that Trépanier had the right to file an ethics complaint against the police over how it handled the case.

Editor's note: This article was updated at 7:55 p.m. ET on March 22, with additional comments from Mario Harel.

Perhaps there should be more

Perhaps there should be more clarification on why Dubé went to the police? Who would think they should call police in this situation? Is it normal or nuts?