By National Observer | News, Politics | March 16th 2018
#56 of 109 articles from the Special Report: State of Journalism 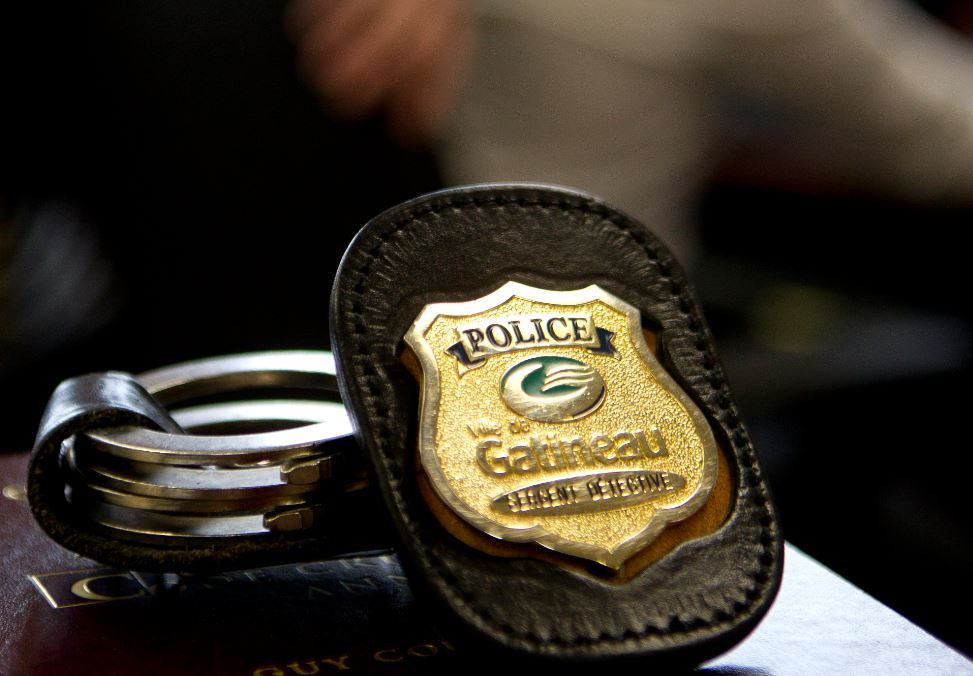 Gatineau police held a news conference on March 16, 2018 to explain why they had arrested a reporter from Radio-Canada. Twitter photo from Feb. 8, 2018
Previous story

Admitting that his department was in uncharted territory, Gatineau police director Mario Harel defended his department's decision to arrest a Radio-Canada journalist this week, despite mounting criticism from journalists that the arrest could have a silencing effect on working reporters.

Harel made the comments at a hastily-called news conference on Friday afternoon, explaining that he wasn't aware of any previous case in which his department had arrested a journalist who was doing their job.

"We respect the work of journalists, we don't want to prevent them from doing their work. But at the same time we work with victims," Harel told a press conference in Gatineau Friday afternoon. "We start with the premise that we believe victims."

On Tuesday night, Radio-Canada reporter Antoine Trépanier was arrested after spending a few days working on an investigation about a woman who had allegedly practiced as a lawyer in Ontario without being a member of the law society.

Asked if the arrest could be precedent-setting, Harel pointed out the police had to make a call but that the decision on whether to charge or not charge Trépanier would ultimately fall to the Crown.

"We're not indifferent to that possibility, that's why we have to ask a lot of questions to the person. ... Anyone can commit a criminal infraction at one point in their work," Harel said. "So where (is that line drawn) between doing the work and going on the other side, being harassment. That's what the officer has to assess when he takes the complaint of the victim. Like I said earlier, I'm very sensitive about the journalist doing their work and not preventing them from doing their work."

Trépanier was reporting on Yvonne Dubé, a director at a Gatineau affiliate of Big Brothers Big Sisters of Canada. She was found to be practicing as a lawyer in 2011 and 2012 without a licence, Radio-Canada's Trépanier reported.

The broadcaster also reported on Friday that the board of directors of the Big Brothers Big Sisters affiliate was holding an emergency meeting on Saturday to discuss the controversy and that the board had expressed "all of its confidence" in Dubé.

Radio-Canada explained that Trépanier called Dubé three times and sent her one email to arrange an interview. She also answered some of his questions over the phone and was quoted in his report.

Stéphane Giroux, head of the Quebec journalists' federation called the arrest "extremely worrying" and noted it was based solely on a single complaint without investigation.

CJFE is gravely concerned that @CBCRadioCanada journalist @atreps is facing possible criminal charges in Gatineau for chasing a story. https://t.co/ezdF80bdZX

"Based on a simple complaint, without a police investigation, a journalist has been silenced," Giroux said in a statement. "It's very concerning."

Canadian Journalists For Free Expression also said it is "gravely concerned" by the decision to arrest Trépanier and called on the Crown to withhold charges given the impact a charge could have on press freedom.

The organization said a reporter's job involves asking difficult questions of community leaders and acting proactively to give the respondent a chance to comment.

"The law is intended to protect victims of domestic abuse, stalking or other serious criminal behaviour," executive director Duncan Pike said in a letter to the Crown.

"Using it as a way to discourage or silence speech, advocacy or public interest journalism is deeply troubling."