NDP MPs voice support for Singh, play down tensions between leader and caucus 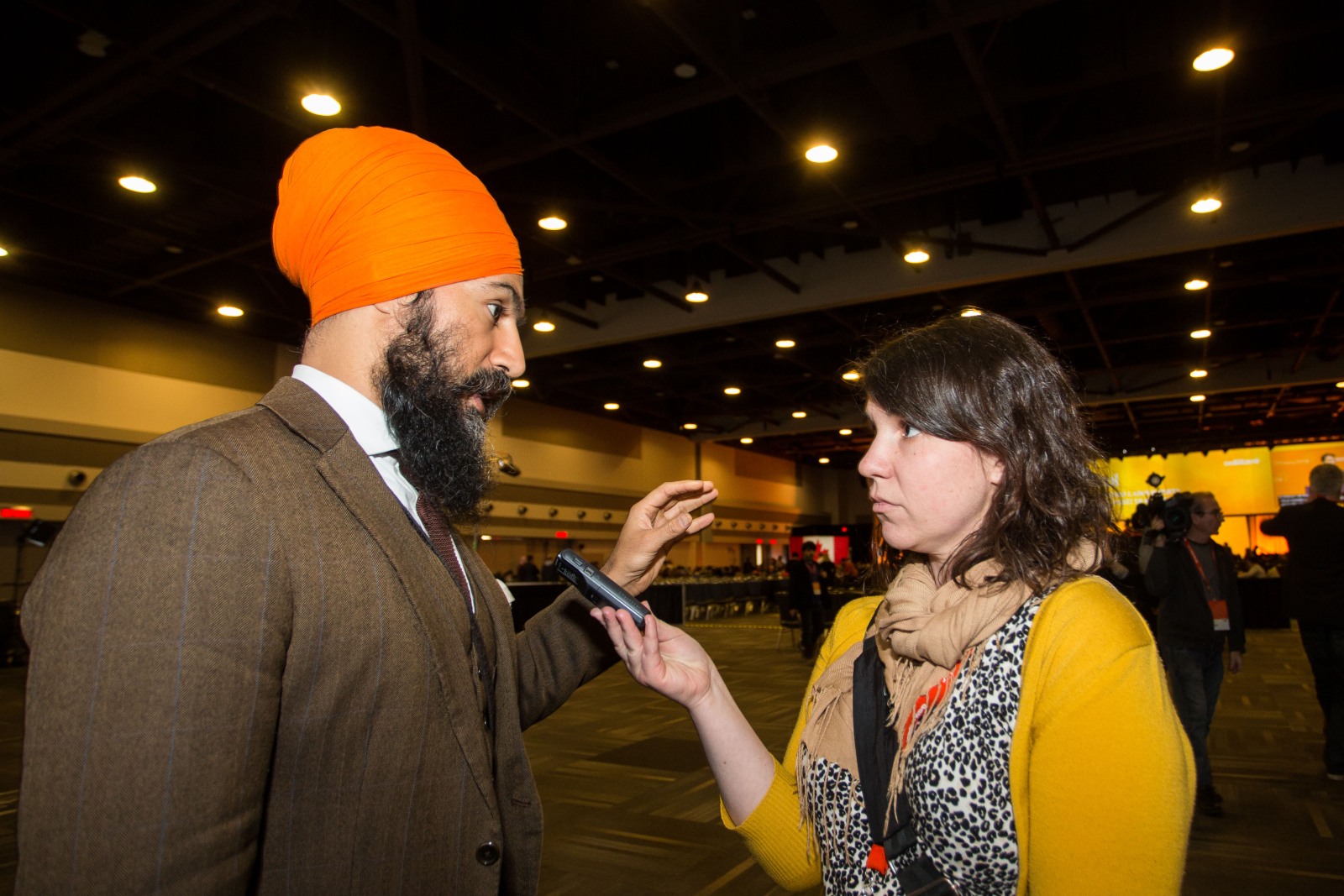 Federal New Democrat MPs closed ranks around embattled leader Jagmeet Singh on Wednesday as they blamed a steep learning curve for many of the trials and tribulations that he has experienced since taking over the party last fall.

But with the next federal election looming, the question hovering over Singh is whether he can find his footing — and get his caucus on his side — in time.

The most recent challenge to Singh's leadership came this week after several caucus members publicly chastised him for punishing veteran MP David Christopherson, who broke ranks with his party to support a Conservative motion.

The motion condemned the Liberal government's new policy forcing groups that apply for funding under the Canada Summer Jobs program to affirm, among other things, their respect for a woman's right to an abortion.

While a longtime supporter of a woman's right to choose, Christopherson said he couldn't support what he believes is an unconstitutional policy that requires churches and other religious groups to disavow their beliefs to qualify for funding.

Singh nonetheless removed Christopherson as vice-chair of the powerful procedures and House affairs committee — a move criticized by caucus members, some of whom took the unusual step of complaining in public.

After Singh recanted his decision late Tuesday by announcing that Christopherson had been reinstated, NDP MPs sought to put the episode behind them on Wednesday.

Among them was former leadership contender Charlie Angus, who had told the Globe and Mail on Tuesday that the decision to punish Christopherson had stunned caucus members and showed "a lack of respect."

In an interview with The Canadian Press on Wednesday, Angus welcomed Christopherson's reinstatement, even as he and others played down talk of a rift between Singh and his MPs.

"Many members of caucus voted for him in the leadership race, so he's got a strong base and we're a pretty solid caucus," Angus said. "With Dave Christopherson back on track, we can do the business that we need to do with Jagmeet as leader."

Christopherson similarly emphasized in a statement that Singh has "shown himself to be a strong leader," and that he has "complete trust in his leadership."

Yet the Christopherson episode was only the latest in a string of controversies for Singh, several of which have involved disagreements with — and criticism from — his own caucus.

Singh faced a backlash last week for not taking a stronger stance against the use of violence by Sikh separatists and backtracked last year after saying a judge who speaks an Indigenous language but not French should be eligible for the Supreme Court.

Angus also complained in January about the party putting too much emphasis on social media rather than talking to the grassroots — a comment that coincided with the party plastering pictures of Singh's engagement to girlfriend Gurkiran Kaur on Twitter.

Some observers have suggested that Singh, who doesn't have a seat in the House of Commons and has instead spent much of his time as leader crisscrossing the country, doesn't spend enough time in Ottawa.

They argue that aside from being away from the cameras, which makes it more difficult to get national attention, the distance has created a disconnect between Singh and the caucus.

NDP parliamentary leader Guy Caron appeared to acknowledge as much, saying the party is looking at whether Singh needs to have a "larger presence" in the capital.

Singh is also still without a director of communications, despite having been in leader for nearly six months, while some have questioned the experience — or lack thereof — of his leadership team.

But Caron and others chalked up Singh's challenges as part of a natural learning curve that many new leaders — including Jack Layton and Tom Mulcair — faced when taking over a party.

"With every leader I've worked with, I've seen moments that come up like this week," said longtime B.C. MP Peter Julian.

"Generally, what I'm most interested in is how we're moving forward, and we're getting quite a head of steam in a number of areas. Which means to me that we've got to just redouble our efforts to get ready for 2019."

Former NDP national director Karl Belanger nonetheless said that it is imperative Singh and his MPs resolve their issues now if they want to have any hope next year.

"As we get closer to the election," he said, "people are eager to have a sense of where the party's going and they hope that the kind of problems that we've seen in the past few weeks will not become a common occurrence."