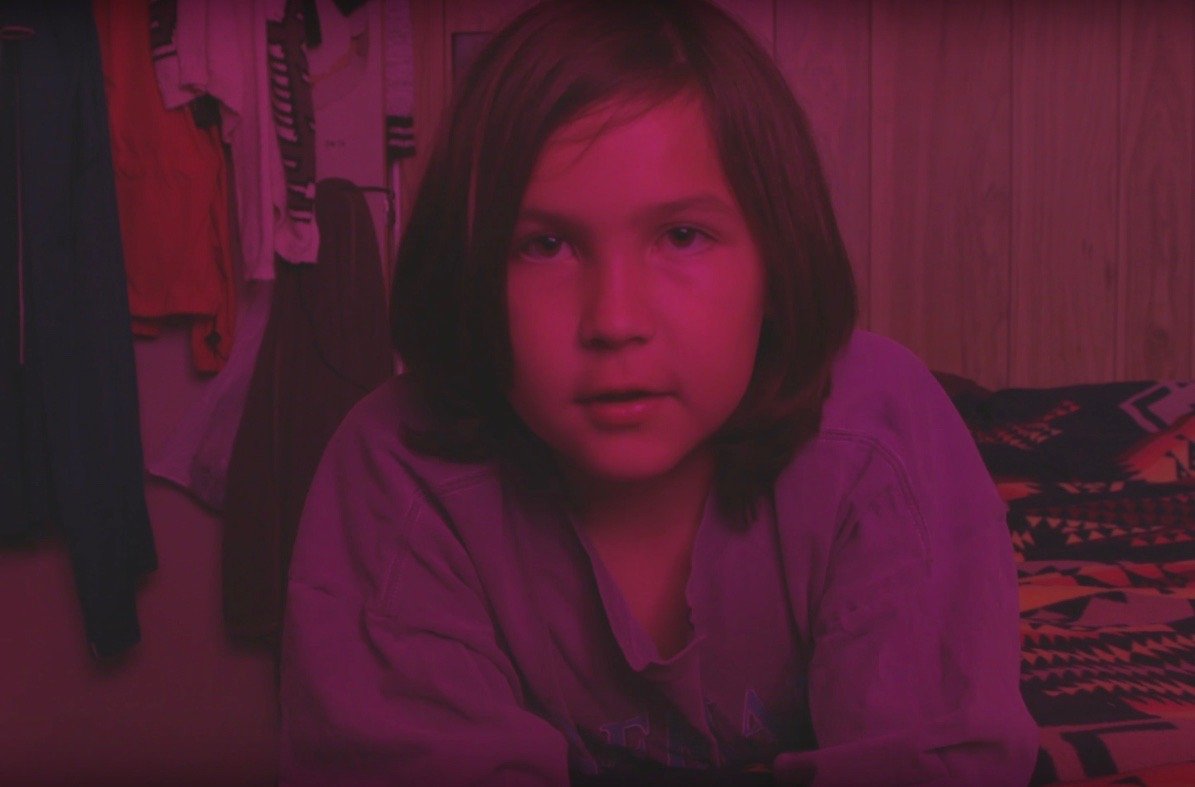 Screenshot of ?Etsu, a new film by Trevor Mack.
Previous story
Next story

Trevor Mack, a 25-year-old, award-winning Tsilhqot’in filmmaker released his newest film over the weekend. The innovative, 13-minute short film, shot in the point of view of a young indigenous boy, follows his story after the death of his ʔEtsu (grandmother).

The film explores themes of child abuse, and child suicide on reserves. Mack told National Observer he felt compelled to bring these issues into the Canadian consciousness, "to create that dialogue without those tragedies catalyzing the discussion first.” It has received high accolades, having bpremiered at the 2017 Toronto International Film Festival, and featured at the Vancouver International Film Festival.

ʔEtsu is a "passion-project," shot with a $500 budget in one day on Mack's home reserve, with his cousin featured as the young star of the film. Striking visual effects, discordant images, and purposeful pixelation add a spiritual layer to the story.

Mack experiments with visuals to portray the grandmother's spirit traveling through VHS tapes and the boy's camcorder. Visual effects were created with the help of fellow indigenous filmmaker, Asia Youngman from Vancouver. "Data-moshing is the effect in which we use to communicate the spirit traveling through these tapes. Pixels laying on top of each other creates this very uneasy type of feeling."

The film is dedicated to Mack's own grandmother. “I was incredibly close to my own grandmother. When she passed, I fortunately had a tight-knit family net that I fell back on to help me through the rough times.ʔEtsu is about a child not having that net after tragedy strikes.”

ʔEtsu is a proof of concept short film, and Mack is in the process of creating the full feature film version this summer. He describes his upcoming feature film "Portraits from a Fire" as ʔEtsu's spiritual successor. "Etsu is very heavy... [The] feature film version is that story elongated with comedy aspects, goofy characters, and [shows] how community can help heal."

Watch National Observer's interview with Trevor Mack. We cover his inspiration for the film, his advice to fellow young-filmmakers, and his views on the impact of Canada's recent exoneration of Tsilhqot’in Chiefs.

Here is a link to Trevor Mack's short-film ʔEtsu (grandmother) released on Youtube.