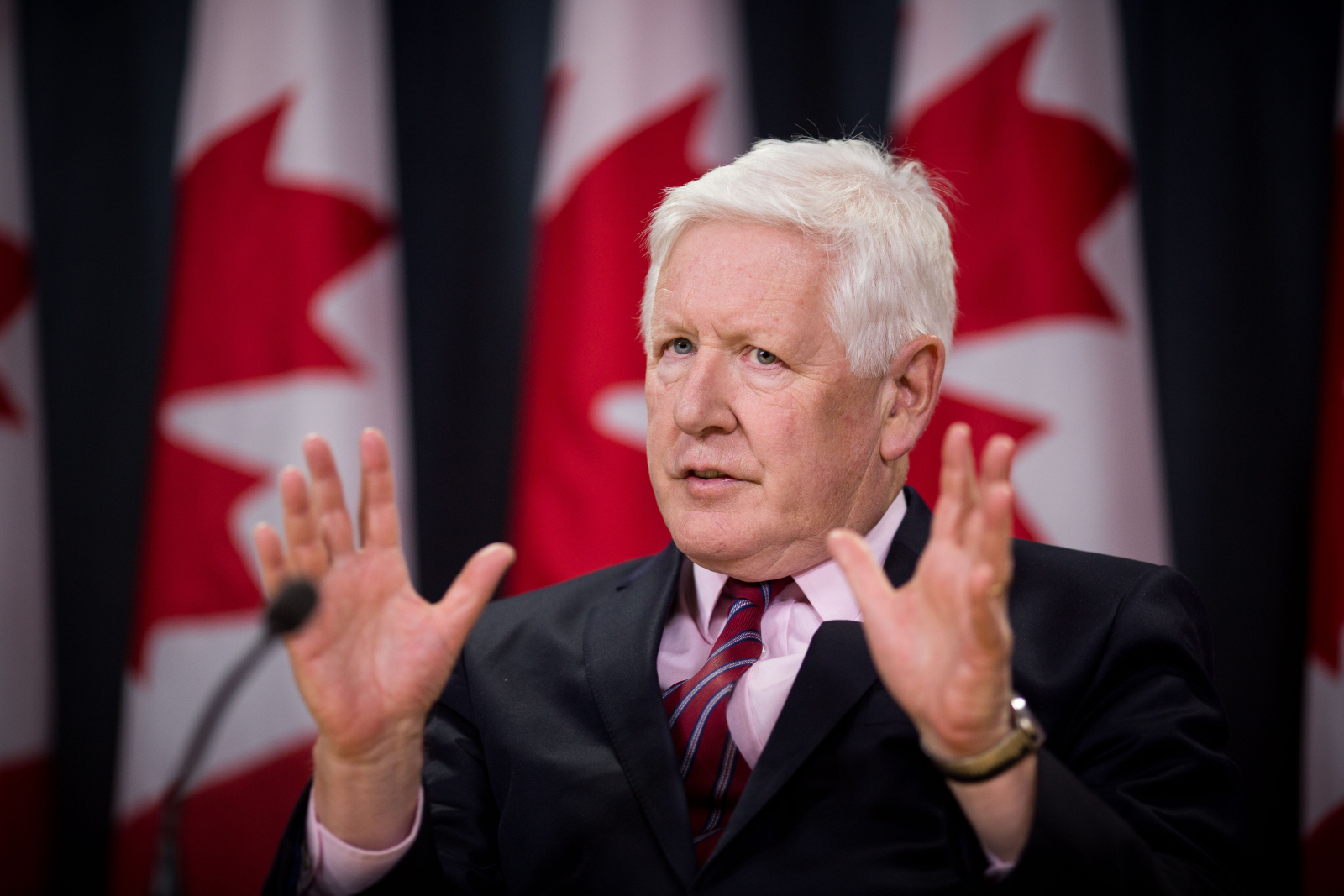 Bob Rae says no Myanmar politician, including Nobel laureate and honorary Canadian citizen Aung San Suu Kyi, is above a potential investigation by the International Criminal Court of possible war crimes in her country.

Rae, who was appointed Canada's special envoy to the seven-month-old Rohingya crisis, made that remark as he released his final report today on the troubles engulfing Myanmar and Bangladesh.

He said Canada needs to step up its spending on the mass migration crisis and should play a leading role in the investigation by the International Criminal Court of possible war crimes.

Canada should also consider granting refugee and resettlement status to Myanmar's persecuted ethnic Rohingya, 700,000 of whom have fled to neighbouring Bangladesh to escape a brutal campaign by Myanmar's military, he said.

The 39-page report is noticeably silent on another major issue: how to address Suu Kyi, Myanmar's de facto political leader who has been widely criticized for not speaking out against the atrocities being committed against the Rohingya.

Rae told a news conference on Parliament Hill that he wishes she would act.

"Whoever is found responsible, whether in the civilian government or the military government, for what has happened should be held responsible. I don't exclude anybody from that," Rae said.

He reiterated the past view of the Liberal government — that Suu Kyi is not in charge of her country's powerful military, which once held her under house arrest and that targeting her does not address the main crisis.

"I wish that she had spoken out. I wish she would speak out," Rae said, adding that his report urges Myanmar's government, which includes her, to take responsibility for what has happened and allow an independent investigation.

The report also suggests the federal government could target some of Myanmar's military leaders under its new Magnitsky Act that seeks to isolate human rights abusers.

But Rae stopped short of recommending further sanctions because, saying those would only hurt the 50 million people of an already impoverished country.

The veteran politician made two trips to Myanmar in recent months and described seeing what he essentially characterized as a slow march towards genocide.

The Canadian government and others have referred to the crisis as ethnic cleansing, because branding it a genocide would carry an international legal obligation to intervene, potentially with force.

He also invokes the UN's Responsibility to Protect doctrine, which Canada helped create more than a decade ago, a doctrine that has been widely criticized for its failure to stop carnage elsewhere — notably Syria.

"The notion that these are all issues of absolute sovereignty, to be settled exclusively between the governments of Myanmar and Bangladesh, misses the point that the UN General Assembly has recognized: the duty to protect the security of individuals is the initially the duty of states, but failing that, becomes a wider regional and, ultimately, international obligation," Rae writes.

"The lesson of history is that genocide is not an event like a bolt of lightning. It is a process, one that starts with hate speech and the politics of exclusion, then moves to legal discrimination, then the policies of removal and then finally to a sustained drive to physical extermination."

In the meantime, Rae says Canada needs to do more help refugees, including those in the region and those who might be able to find sanctuary elsewhere, and it needs to commit to a longer-term humanitarian strategy for the region, as it has in Syria and Iraq.

Canada needs to deepen its commitment to human rights on the ground, by protecting women and girls, Rae says.

Maj.-Gen. Maung Maung Soe, the head of Myanmar's western army command is on such lists and Rae said others could be added — "anyone deemed to share responsibility for the abuses of human rights and the crimes against humanity in Myanmar."

But further sanctions would only hurt Myanmar's population, he said.

"To cut off development assistance to or collaboration with the entire Myanmar public sector or to stop engaging with the government of Myanmar would have the effect of making Canada almost entirely irrelevant to any debate or discussion on how to move forward."