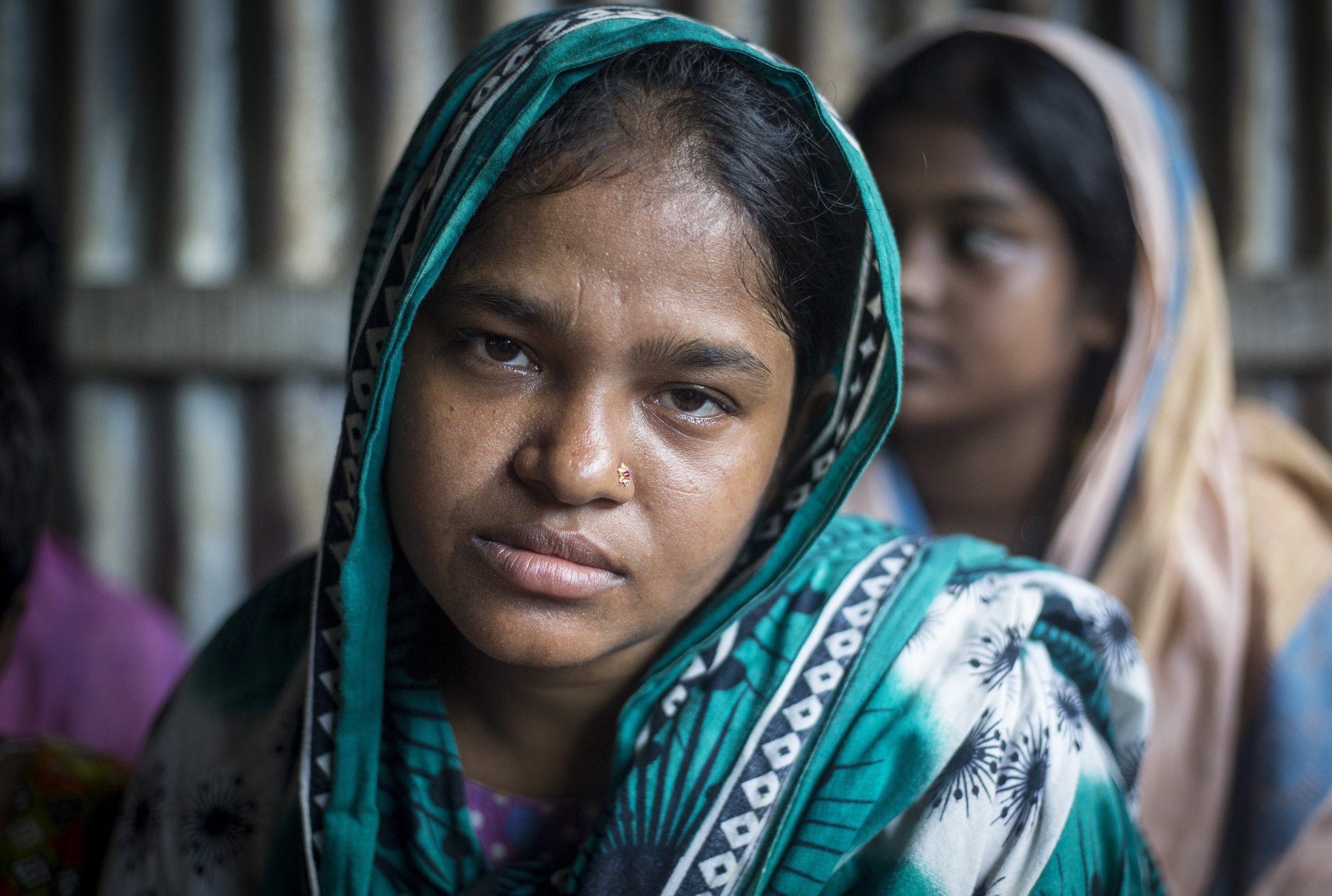 Rashida Begum had only one very risky option to save herself and her baby daughter – and she had to take it.

With violence escalating at home in Myanmar, the 23-year-old mother was forced to leave, fleeing across the Bay of Bengal. Rashida and her baby girl boarded a fishing boat bound for Bangladesh. But while en route, the journey turned tragic.

The boat broke apart, thrusting Rashida from the vessel into the sea. Her seven-month-old daughter slipped from her arms into the water. Lost to the waves. Lost forever.

Rashida was one of just 27 survivors from the wreck. She is now among more than 500,000 Rohingyas – a stateless Muslim minority in Myanmar – who have fled to Bangladesh since late August. They have all sought to escape rapidly increasing violence in Myanmar that has left devastation in its wake. Villages torched. Women raped. Children witnessing the killings of their parents and siblings.

The vast majority of Rohingya refugees are women and children, including newborn babies. Some, like Rashida, have travelled by boat. Others have walked for up to 14 days trudging through jungle, swampy marshland and a river in the border area in search of a safe haven.

UNHCR, the UN Refugee Agency, has been at the forefront of the emergency response effort in Bangladesh providing aid and protection critically needed by individuals on the ground with no possessions.

Rashida is receiving counselling from the UNHCR as she copes with the aftermath of her own unspeakable tragedy: the loss of her infant daughter. Despite unimaginable circumstances, her resolve to forge ahead remains strong.

“Maybe it is our fate. When we were in Myanmar, my child could have been killed by the army, or slaughtered by somebody else,” she says. “I am giving myself that consolation. I have lost her, but I have to survive.”

The influx of Rohingya refugees into Bangladesh continues to surge and shows no signs of slowing. Rashida is among more than half a million Rohingya men, women and children counting on life-saving essentials. Their need is urgent and growing. Please donate now to help support Rohingya refugees.

Disabled and displaced: Fight for survival in Mosul especially tough for those with disabilities

My heart goes out to so many

My heart goes out to so many in a stateless ethnic group. What caused this barbarity on the part of the citizens of Myanmar seems to be unknown, but it is the continuation I fear of enormous numbers of people fleeing from the results of climate change and the struggle of people for safe living space getting smaller and smaller all the time. With the perimeters of land shrinking and extreme weather events becoming more frequent it is inevitable that economies of all nations will eventually be bankrupted in trying to mitigate those events. The earth's carrying capacity is decreasing as its population is increasing. Will those two variables ever again be balanced?