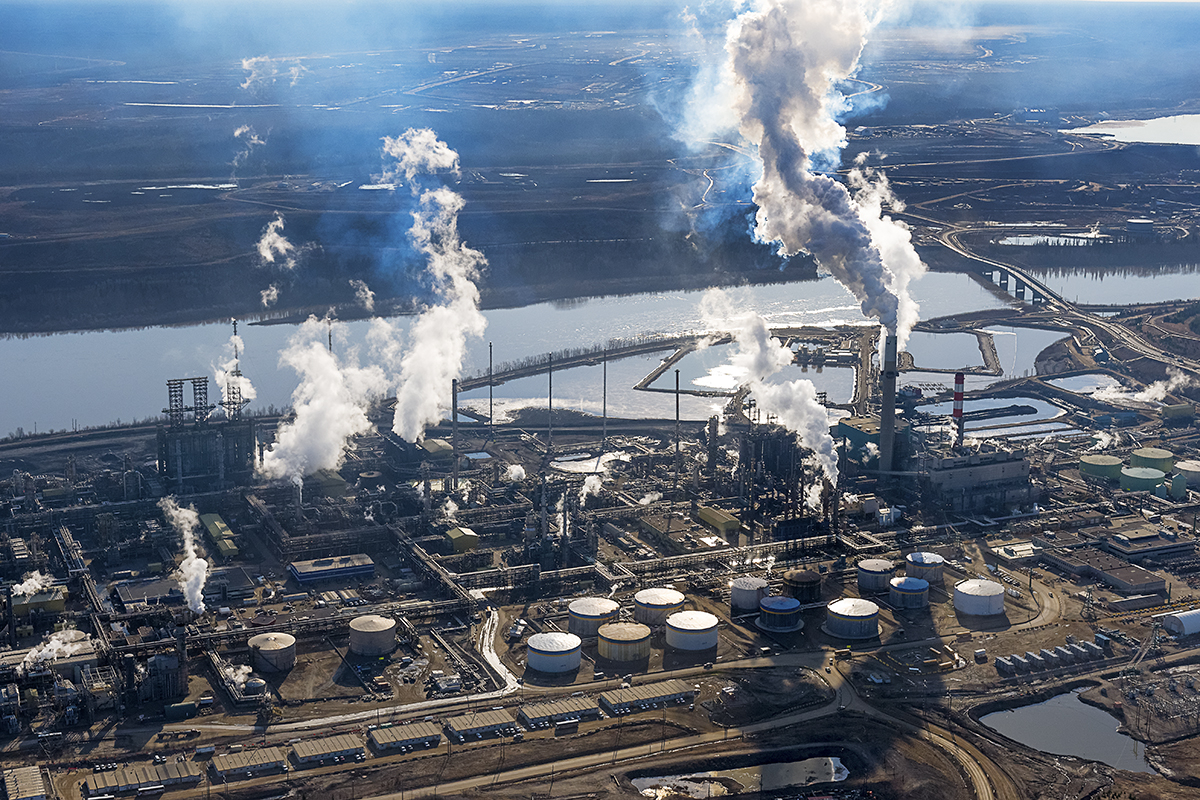 This article was originally published in DeSmog Canada on April 2, 2018. Republished with permission.

After more than a year of public hearings, the federal government unveiled its new and improved environmental assessment legislation in February 2018 with much ado.

But the new rules — designed to restore public trust in Canada’s process for reviewing major projects — didn’t contain any details on what kinds of projects would trigger a review under the new legislation.

Environment Minister Catherine McKenna skirted the issue, saying her ministry was still evaluating what kinds of activities would show up on a yet-to-be-released “project list” that was pending further consultation with Canadians.

But when pressed on the issue, McKenna told reporters she didn’t believe oilsands projects developed via in-situ methods should be included. McKenna reasoned that because Alberta already has a hard cap on emissions, future oilsands projects would be exempt from federal environmental review.

The implications of excluding new oilsands projects because of a provincial emissions cap (which is controversial) weren’t lost on Adam Scott, senior advisor with Oil Change International.

Unbelievable and unacceptable. @cathmckenna proposes exempting #tarsands in-situ projects from any federal environmental assessment because 'Alberta has a hard cap on emissions' #cdnpoli

“It’s just appalling,” Scott told DeSmog Canada in an interview. “There’s no other way to say it.”

Unlike the more familiar open-pit mines of the Alberta oilsands, in-situ projects extract the region’s viscous bitumen by injecting steam into the ground, which softens the oil that is then pumped to the surface.

In-situ development represents the future of the oilsands. Between 2016 and 2040, in-situ is expected to double in daily production reaching 2.9 million barrels per day.

And while the process is less visible than its open-pit counterpart, in-situ oilsands mining has greater greenhouse gas emissions and significant land disturbance that clashes with the rights of local Indigenous peoples.

NDP MP Linda Duncan said by not releasing the project list the federal government has left everyone in the dark.

Duncan, who serves as vice-chair of the Standing Committee on Environment and Sustainable Development which is responsible for reviewing the new legislation, said in-situ projects were exempted from federal assessments under the previous Harper government during dramatic cuts to Canada’s environmental rules. The new proposed federal legislation, bill C-69, was meant to make the gutted rules more robust.

“Everybody agrees that this bill should not be finalized until everybody knows what the project list is,” Duncan told DeSmog Canada.

“Who is it going to apply to? It’s ridiculous that they didn’t have the consultations simultaneously. This is a really serious matter. One of the things that we heard from industry today was that they’re just fed up.”

In-situ projects don’t result in the same level of visual devastation as open-pit mining: there are no toxic tailings lakes or gargantuan trucks needed.

But they have their own set of significant impacts, which critics argue should fall under the purview of federal assessment.

For one, they emit far more greenhouse gases that mining on a per-barrel basis. A 2016 assessment by the Pembina Institute found the “emissions intensity” of in-situ is about 60 per cent higher than mining. That’s because natural gas is burned to create the steam used in the process, making it extremely emissions intensive.

By 2030, in-situ projects are expected to emit 65 megatonnes of emissions per year: almost equivalent to all passenger transport in the country.

Sharon Mascher, law professor at the University of Calgary and expert in environmental law, said in an interview with DeSmog Canada that such climate impacts from in-situ projects warrant federal assessment.

“I would argue that the federal government has the constitutional power to deal with greenhouse gas emissions and they need to show some leadership if they’re going to purport to be acting in a way that’s consistent with their obligations under the Paris Agreement,” she said.

“They need to exercise that jurisdiction to make sure that over the long term Canada’s greenhouse gases are not increasing but are decreasing and eventually reaching carbon neutrality.”

Alberta’s emissions cap allows for a 40 per cent expansion in emissions, up to 100 megatonnes. But that doesn’t includeelectricity cogeneration, oilsands that doens't require steam extraction and new or expanded upgraders — which combine for another 15 megatonnes of emissions.

As noted in the recent collaborative report by Canada’s auditors general, Alberta is one of nine province and territories that doesn’t even have a 2030 emissions goal in place.

Mascher said the only way an exemption for new in-situ projects would make sense would be if the federal government conducted a strategic assessment of all existing legislative frameworks in order to provide assurance that new production fits within Paris Agreement obligations.

However, strategic assessments aren’t legislated — meaning they’re completely at the discretion of cabinet.

Without federal assessments, ‘there’s no credibility to the system at all’

As recently reported by DeSmog Canada, Fort McKay First Nation in northeast Alberta is currently fighting a proposed in-situ project that is feared to jeopardize a nearby sacred region.

Specific concerns include the introduction of linear disturbances like roads and cutlines — which can further endanger caribou — and constant water withdrawals.

“They’re massive water polluters with large impacts on land and endangered and threatened species like woodland caribou,” Scott said. “They obviously need to be part of any review. It’s just essential. Without that, there’s no credibility to the system at all. They need to be on the project list as a default.”

There’s growing interest by oilsands producers in the use of “solvents” for in-situ projects, which would greatly reduce the amount of natural gas required for extraction but have unknown impacts on groundwater quality.

Even though the previous environmental impact system implemented under Harper exempted in-situ projects, Duncan said it’s imperative that they be included in the project list.

“It’s still having a huge impact on the landbase that is by and large traditional Indigenous lands,” she said.

The proposed legislation is currently being reviewed by the Standing Committee on Environment and Sustainable Development. After it’s approved, it’ll return to the House for third reading and eventually royal assent.

In late February, the Liberals introduction a “time allocation” motion over bill C-69 in the House of Commons, limiting debate to only two days before sending it off to the Liberal-stacked committee.

But Duncan said the committee process itself is also being fast-tracked, with limitations on hearing witnesses and proposed amendments.

In response, she gave notice of a motion to break up the bill for review and send sections to relevant committees: parts addressing the Canadian Energy Regulator to the Natural Resource committee and parts about navigable waters to the Transport committee.

Those calls were rebuffed.

Now, her committee has to review over 800 clauses by late April.

Some have speculated that the continued exemption for in-situ for Alberta is a subtle trick to ensure the emissions cap remains regardless of who wins the next provincial election.

Scott suggested that would be a “terrible strategy.”

“The Alberta cap is an ineffective way of dealing with climate impacts of oil and gas operations,” he said. “Exempting projects with the environmental impacts of in-situ tarsands projects really shows the impact system was broken entirely.”

Is this exemption, an

Is this exemption, an unacceptable travesty, part of the "modernization" of the CEAA and NEB the feds have been promising?
It's obvious they've been smoking something impairing their judgement and interpretation of good, truthful science. The impacts are devastating and irreversible.